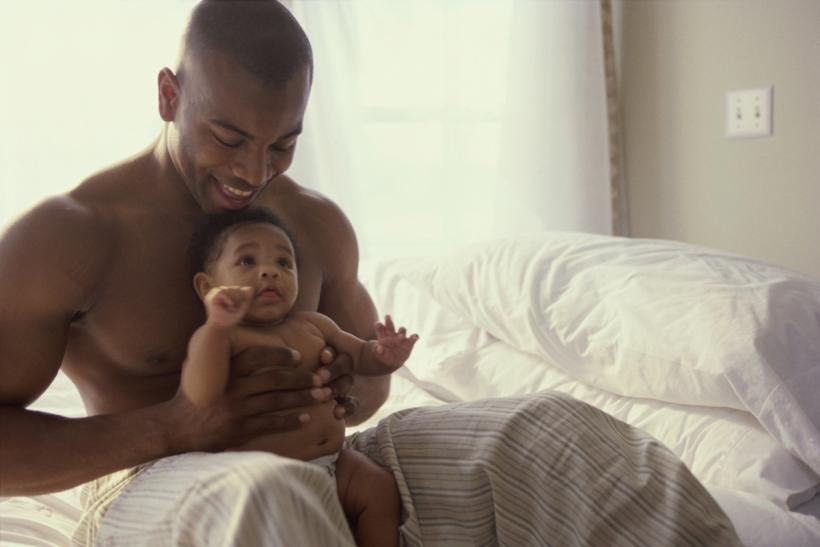 When it came to circumcision, there was a lot to be uncovered (pun intended). Image: Thinkstock.

As far as I’m concerned, the health and well-being of any part of my child’s body is very much my business.

In most developed countries, foreskin is not up for debate.

Where there is soap and water, easy access to information about how HIV and other STDs are transmitted, and knowledge of the many functions of the foreskin, penises usually remain intact.

The United States is slowly but surely following suit. But like most things that have deep roots, change is slow-going.

Still, fewer American parents are opting for foreskin removal — only about 30 percent of children assigned male at birth are circumcised.

Among many, the conversation about whether or not to cut still wages on.

But no matter what parents decide, what should not be up for debate is the importance of the decision and who gets to weigh in on it.

The choice whether or not to cut a child remains an incredibly important one that can affect the rest of their lives, in perhaps subtle yet permanent ways. So, whatever the decision, it shouldn't be made lightly.

As a mother, I was every bit as involved in the decision about whether or not to have my son circumcised. This choice involved much more than glancing down at my genitals and ruling myself ill-equipped.

But that decision-making process is interrupted for those of us parents who also happen to be women. Parents who are men want to make the decision for themselves. You've likely heard several variations of the following sentiments:

When I found myself contemplating this very important decision about my son’s body, I heard my fair-share of these face-palmers. And of course, they confused the living hell out of me.

But mothers and fathers alike seemed to imply that I, as a mother, didn’t have to worry about whether or not to circumcise my son at all merely because of the fact that I didn’t have a penis. You got that right: No dick, no opinion.

If I didn’t know better, I’d call that blatant sexism [editor's note: as well as cissexism], but since we’re talking about penises here, we’ve all seemed to collectively let that one roll of our backs. The assumption that a man is better-equipped to make this choice than a woman is rampant — and yet this idea absolutely astounds me.

As a mother, I was every bit as involved in the decision about whether or not to have my son circumcised. This choice involved much more than glancing down at my genitals and ruling myself ill-equipped. As far as I’m concerned, the health and well-being of any part of my child’s body is very much my business.

Intelligent as my husband is, he is not a scientist, a penis doctor, or a doctor at all, for that matter.

He doesn't hold a degree in Peniology — catch my drift? It's been decades since my husband was born and then circumcised. It was the early 1980s and everyone was doing it.

But having his foreskin snipped as an infant hardly makes him an expert on the subject.

He only knew his own normal — that he was a circumcised cis man and that most cis men he grew up with were, as well. Yes, my husband has a penis, but his knowledge on circumcision is not all that well-honed. Perhaps other people’s husbands are far more dick-savvy than mine, but I kind of doubt it.

Our circumcision education happened at the same time: when we were about to have a son and we looked into the current data and recommendations (or lack thereof) surrounding it.

When we asked our pediatrician about the issue, we were told that “most people are choosing not to circumcise, but some still do, mostly for religious purposes. It’s entirely up to you. Our practice does not routinely recommend it, though I imagine some doctors still do.”

This came as a minor shock to my foreskin-less husband.

Had I left the decision entirely up to him, it’s not unlikely he would’ve suggested we keep with tradition. Cut was the normal he knew. Uncut seemed strange, unfamiliar, maybe even potentially dangerous.

But time and time again, we found out that intact meant none of these things.

The only potential hazard we could come up with was a slight increase in the risk of penile cancer, which is an extremely rare cancer to begin with. Some research also said there was a slightly higher incidence of UTI. Other research said the opposite.

But even still, cis women contract far more UTIs than both cut and uncut cis men put together.

I’ve had a few in my lifetime and I’m still quite glad that my vagina is in one piece (well, relatively speaking — I have had two babies tear through it). I’m also glad that my breast glands were not removed at birth, for fear I might someday develop breast cancer (which is far more common than penile cancer, mind you). And the STI argument stopped before it even started, given that we live in America and are privy to far more efficient ways of preventing transmission than cutting off foreskin.

When it came to circumcision, there was a lot to be uncovered (pun intended).

What I don’t advocate is telling mothers that they shouldn’t weigh in about the bodily health of their sons because they were born with different parts.

And call it controlling — call it whatever you want (women who like to weigh-in have been called worse — but as a mother, there was just no way in hell I was about to count myself out of this one. It seemed pretty important that I give my two cents.

Thankfully, my husband wanted my input. He values my opinion and my ideas and wanted us both to look into the issue, talk to our doctor, and decide it together.

And that’s precisely what we did.

We were both able to look past tradition, and in the process, we found out that we’ve come a long way since the days when there was only one uncut penis in the locker room — the fear perhaps many parents mulling over the idea of not circumcising their sons find themselves up against. Given that there are now far more men who are intact than circumcised, the argument that he might be the only one who looks different has lost its gravitas.

Making this choice is a personal one, and like a lot of parenting decisions, it can be confusing. Scour the internet and you’ll find conflicting ideas and people ready to tear you down for either choice.

But that is not what this is about. While it’s clear that I’m confident in my family’s decision not to circumcise our child, I can only advocate for each family making an informed decision that matches their own comfort, religious beliefs, and ideas about body autonomy. What I don’t advocate is telling mothers that they shouldn’t weigh in about the bodily health of their sons because they were born with different parts.

My husband and I may have differing genitalia, but we both have eyes and ears. Therefore, we both get to weigh in on hugely important decisions regarding our child.

I'm thankful my husband was open to new information. I’m thankful we both contributed to the conversation and made a choice we both felt good about.

In my family, my opinion matters. Because while you may be able to find reasons to validate or decry circumcision, “not having a dick” is a terrible reason to be counted out.

If you like this article, please share it! Your clicks keep us alive!
Tags
father
cisgender men
circumcision
parenting
cisgender woman