The Pettiest Breakup Of My Life 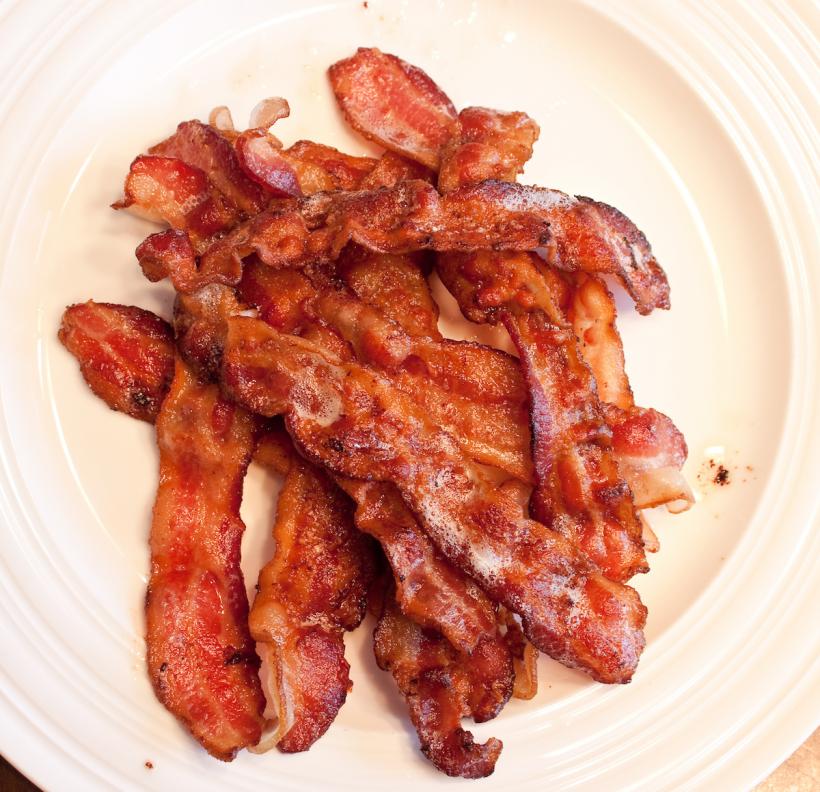 A day or two following what my friends now call “The Bacon Incident,” I broke it off. Image: Thinkstock.

Well, I guess those dudes at bars who seem constantly on edge and take their shirts off way too quickly when you bump shoulders with them must like confrontation, but nobody likes those guys.

I consider myself to be fairly good at communication (oversharing my feelings is literally my job), but I still prefer to avoid uncomfortable or anxious situations, especially when they’re my fault. Seriously, if “Dodging The Issue” were an Olympic sport, I’d be Michael goddamn Phelps.

Let’s talk about deflecting, and how we panic when we realize we’re in too deep.

Let’s talk about the pettiest breakup I’ve ever had.

I met Chels during a really strange time in my life. I know that sounds very Fight Club, but what it actually means is that I was newly 21 and overwhelmed by my access to alcohol.

We began talking at a party, started hooking up casually, and in October of that year I asked her out during a pub crawl my friends and I were doing.

Now, I’m not going to tell you how to live your life. Chase your bliss, do what makes you happy.

However, if the theme of your night is “let’s see if we can survive drinking this much at this many places,” maybe you should avoid making any sort of life-altering life choices?

I realized very quickly that I wasn’t prepared for a committed relationship and was in way over my head.

Did I voice my concerns and suggest we slow things down so we could both be on the same page?

Of course not — you read the title of this article.

However, what I did do was avoid the issue completely and act as though everything were fine.

That week was filled with that special sort of anxiety — the pinching, pulling feeling in the bottom of your gut that tells you things are only going to get worse the longer you wait to act on them.

As I felt the panic build within me I continued to ignore it, before it finally all exploded at a diner late Saturday night.

After a long night of drinking with friends, Chels, two of my buddies, and I went to our favorite diner to decompress. See, the nightlife in New York is pretty loud and aggressive. When you’re drunk, going to a diner after the bar is like finding an oasis in a desert of douchebags and strobe lights.

Chels and my two friends all ordered burgers, but I was a man on a mission.

I knew what I was here for, and when our waitress walked up I spoke with more certainty than I had in my whole life up to that point.

As Chels and my friends got their food, I sat patiently. My time would come, and before I knew it I’d be whisked away on a golden chariot to my rightful place in Flavortown. Once I saw the platter coming to me, I was like a kid on Christmas morning.

That’s when, upon setting the plate down, Chels immediately grabbed two of my bacon slices. She didn’t ask, she didn’t even look at me — she just grabbed them and continued talking.

I wasn’t a kid on Christmas morning anymore. I was one of those sad kids from an ABC Family Original Movie about Christmas, one who’s standing outside in the snow while he looks in at the warm family opening presents by a roaring fire. 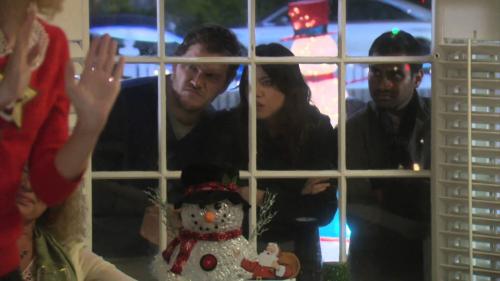 Chels excused herself to the bathroom, and I immediately began to freak out to my friends.

“Did you guys fucking see that?”

“Matt, what are you talking about?”

“She just grabbed the bacon off my plate! She didn’t ask, she didn’t even say anything, she just assumed it was OK and took it!”

“It’s NOT about the Bacon, Donald. It’s about the principle. I’m domesticated now! Someone can just come and take my stuff!”

“Overreacting? You say that now, but at this rate in two months we’re going to be one of those fucking couples that regularly goes on brunch double dates and makes jokes about how we always walked by this one restaurant but never went in and now it’s our favorite!”

I was definitely overreacting.

Chels came back around this time and I held it together fairly well for someone who was having a panic attack incited by cured pig meat — though there was a brief moment when she took my chocolate milk without asking where I almost lost it.

Needless to say, we aren’t still together. A day or two following what my friends now call “The Bacon Incident,” I broke it off.

As a culture, we’ve gotten increasingly good at dealing with and communicating our feelings. We’re more open than we’ve ever been, but we aren’t perfect.

There are times when open communication requires more forethought and personal strength than we can muster at the moment. Sometimes you’re just afraid and don’t know what to do, and while it’s a terrible feeling — it’s also OK. Nobody’s perfect (clearly, I’m not) and every once in a while, the anxiety just demands to be felt.

Moments of weakness happen for us all; eventually you’re going to make a mistake and hurt someone. It’s an inherent and inescapable part of life, and that’s a fucking bummer.

Take these mistakes as a learning experience, use them to reflect on what you shouldn’t do in future interpersonal relationships, and most importantly, own up to the things you’ve done wrong and refuse to do them again.

Oh, and order a side of bacon for the table.