Hillary Clinton And The F-Word 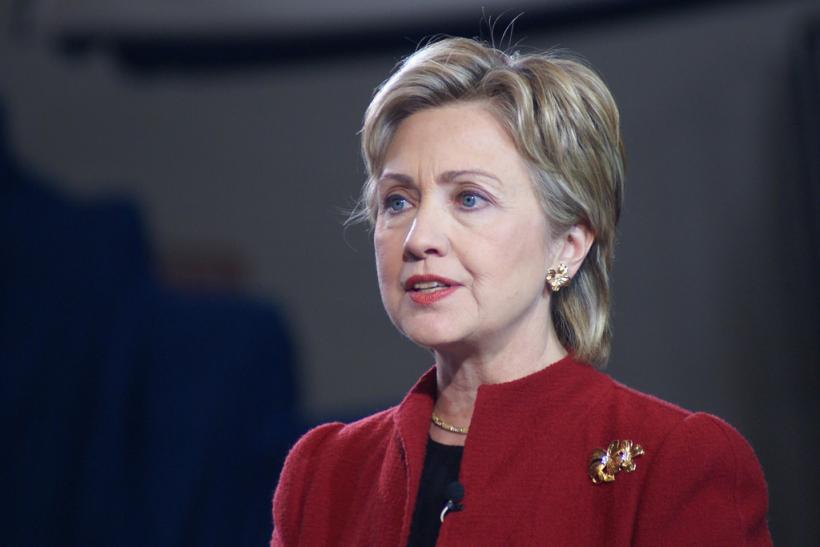 Hillary Clinton made a point in her speech of stating that although she knows that she doesn’t have everyone’s support, she wants to be everyone’s president.

If 21st century feminism can begin to address the inequities within its walls, bridges can be built.

Hillary Clinton is the presumptive Democratic nominee. Moving forward, whatever happens during the ensuing general election, the fact that she is a woman will be an inextricable part of the narrative.

During her speech following the California primary, delivered to jubilant supporters, Clinton acknowledged the historical significance of becoming the first female presidential nominee of a major political party. She also paid tribute to the women who have come before her, from the suffragettes to Shirley Chisholm.

As the electorate goes under the microscope for clues of what will transpire in November, questions about what Hillary represents to women voters — and how that connects to current concepts of feminism — will be on the front burner.

SheKnows Media recently released the results of an online survey titled #TheFWord. Conducted during the period of 12/28/15-1/7/16, it garnered 1,622 responses. The focus was to nail down an understanding of women’s relationship to feminism — how they do or don’t identify — with a look at demographics, including age, race, employment, and household income.

The second part of the study dug into the Clinton vs. Trump match-up.

The response breakdown was:

An overall look at the sample’s identification with feminism showed that 46 percent identified as a feminist, 22 percent didn’t, and 32 percent responded, “it depends/not sure.”

Those who were 25-29 years old and 55-64 years old identified as feminists by a margin of 53 percent and 54 percent, respectively. The middle generation of 30-54 year olds registered at 44 percent.

53 percent of those employed full-time identified as feminists; women responding as “Managing My Household” were at 28 percent.

Although only 25 percent of the women of color respondents identified with feminism, it came through very clearly that “black and brown women” have a lot of ambivalence about where they stand on the feminist continuum.

According to the study, “Black women in particular regard feminism with skepticism,” feeling “excluded from its benefits in practice.” The white mainstream feminist agenda too often ignores or speaks over the concerns of women of color.

Feminism is perceived by two groups as being “anti-traditional values,” leading those respondents to an “actively NON-Feminist” stance. “Black women breadwinners who value tradition” and “conservative stay-at-home-mom white women” both believe that “feminism is actively hostile” to their values. Perhaps that is why self-identifying non-feminists, at a rate of 40 percent, define the word “feminist” as synonymous with “rejects traditional values.”

How can Hillary reach out to those women who don’t define feminism as “the belief that women and men should have equal rights and opportunities”?

That premise was driven home in a quote appearing in a New York Times article about Hillary Clinton. Roy M. Neel, who served as Bill Clinton's Deputy White House Chief of Staff, explained that Southern women had a distinct dislike for Hillary because her personal choices were “something of an affront to their sense of who they were.”

How can Hillary reach out to those women who don’t define feminism as “the belief that women and men should have equal rights and opportunities” — or those who are concerned that Hillary’s brand of feminism is non-inclusive of their lifestyle or pressing concerns, or is not truly multigenerational and multicultural?

Women who are Trump supporters (54 percent do not identify as feminist and 11 percent do), responded to the question, “Are YOU ready for a female president?” with the stats of:

Potentially, 71 percent of Trump-supporting women are ready to accept a woman as president.

A look at the political beliefs of Trump’s female supporters includes some surprises and confirms some expectations:

The survey report also takes a wry look at the “givens” in today’s society — options which were not accessible to women in the 1960s, a time when job ads were segregated.

Many women who do not consider themselves feminists have benefited from these changes.

Of all women surveyed:

Inevitably, some struggles women face remain unchanged since the 60s, except that women are now better able to put those struggles in context.

For example, of all surveyed women:

Women identifying as feminists report these situations at approximately a 20 percent higher level than non-feminists.

“We wanted to understand the relationship women had to feminism,” she told me. “It’s a very nuanced issue.” That motivation included the premise that a better understanding of the myriad factors could lead to action.

After “slicing and dicing the data,” Camahort Page’s two biggest takeaways were:

Women are not confused as to what feminism is ‘supposed to be.’ They just aren’t sure that, in practice, it’s for them... [w]ith women of color and conservative stay-at-home-moms feeling most excluded from [feminism’s] current mainstream efforts.

Across the board, women still report, experience, and are worried about all manner of micro- and not-so-microaggressions, from being interrupted and overlooked to being harassed. This is the price we pay (in addition to unequal pay, of course) for being a woman in the world… working or not.

We discussed the continued insularity of the movement, and the need for broadening outreach to all women. “Women of color feel that mainstream feminism is upper-class white women who don’t see intersectionality,” said Camahort Page. She pointed to concerns beyond reproductive rights and equal pay.

Hillary Clinton made a point in her speech of stating that although she knows that she doesn’t have everyone’s support, she wants to be everyone’s president. She stated, “Building bridges are [sic] better than building walls.”

Exit polls showed that in the 2012 election, 53 percent of the voters were women.

If 21st century feminism can begin to address the inequities within its walls, bridges can be built.