Does Hookup Culture Make Anyone Happy? 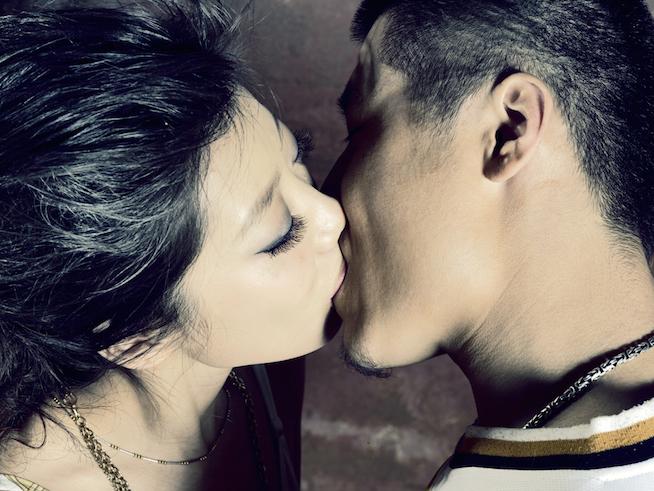 Odd are much higher for romantic success if we put FOMO aside.

Are all those endless options really a good thing?

Back in 2013, Kate Taylor wrote a hit piece for New York Times Magazine entitled “She Can Play that Game Too.”

The article purported to show that cisgender women in college were hooking up with the same regularity, satisfaction, and emotional detachment as cisgender men. Many of the women (all students at University of Pennsylvania) told Taylor that they did not have time for a relationship, they could not imagine hauling a boyfriend through all the career moves they envisioned for their 20s, or they simply could not find a meaningful relationship — and thus opted for sexual expression in the form of noncommittal hookups.

Two years after Taylor’s article went viral, Middlebury College student Leah Fessler decided to investigate her own experiences — and those of her female peers — to see if Taylor’s findings were accurate.

To her own admitted surprise, Fessler discovered that meaningless, detached hookups were emphatically not bringing any kind of bliss to college women.

For her thesis, “Can She Really Play that Game Too?,” Fessler gathered responses from over 200 Middlebury students, and conducted longform interviews with dozens of them. The majority of women reported being dissatisfied with noncommittal hookups, preferring instead some kind of emotional support and commitment from the guys they were physically intimate with. “Despite diverse initial perceptions of and experiences with hookup culture, 100% of female interviewees stated a clear preference for committed relationships, and 74% of female survey respondents say that ideally, they would be in a “committed relationship with one person” at Middlebury.”

Including her own experiences in her research, Fessler asserts it is not a betrayal of Feminism to acknowledge that women want different things than men from sexual encounters. She writes in her conclusion, “It’s time we start admitting hookup culture is a game — a game many of us play, either willingly or through social pressure—in which (it physically pains me to say this) men presently hold (and perhaps have always held) the power.” Ouch.

But the question remains: Why do so many college students — and young adults in general — engage then in noncommittal hookups?

The answer, in this writer’s opinion, touches on something Fessler includes in her thesis, but that I think extends far beyond campus culture. And that something is technology.

During panel discussion “What Is Technology’s Toll on Intimacy” at the 2016 Aspen Ideas Festival, NYU sociology professor Eric Klinenberg (perhaps better known for co-authoring Modern Romance with comedian Aziz Ansari) discussed the repercussions of too much tech use with Helen Fisher, who is Match.com’s chief scientific advisor.

Fisher argued that the three drives behind relationships — sex drive, romantic love, and attachment — are buried deep within the brain. They are unchangeable, and will persist through any and all societal or technological shifts.

Klinenberg did not so much disagree as argue that young people seeking love today are bombarded with too much choice. Fear of Missing Out (FOMO) is a real hurdle to intimacy, since we carry around a 24/7 “singles bar” in our pocket.

That’s right. The ol’ smart phone might just be preventing potential lovers from finding each other.

Klinenberg cited interviews with 20-somethings who would use, say, a bathroom break during a date to swipe through other possible love interests on Tinder.

I don’t think this is particularly new. When I first moved to Austin, I lived with an older roommate who loooved eHarmony.

Not to date myself too much, but this was back in an era where online dating still carried a bit of a stigma. To admit resorting to something like eHarmony in order to get a date was to potentially embarrass oneself (at least, that’s what my younger friends and I thought, back then).

Yet as my roommate said, “Why settle for a tiny pool of this little neighborhood when you could expand your options to included [quite literally] the entire country?”

She seemed to have a compelling case.

But are all those endless options really a good thing?

Thus, a drunken hookup becomes in some ways “safer” than the risk of losing out on a potentially better—suited match by “settling down” in a relationship with Mr./Ms./Mx. Pretty Good At the Moment.

Fisher says, No. And that’s because our brains are not designed to navigate more than 5-9 choices. After that number, the mind gets worn out and confused. She suggested picking one person out of that initial 5-9 pool who seems the most interesting, and really trying to get to know him/her.

Odd are much higher for romantic success if we put FOMO aside.

Not an easy task, obviously. When the whole country of singles are available at the click of a key, it may be too easy to see only the flaws of the person sitting right in front of you.

Thus, a drunken hookup becomes in some ways “safer” than the risk of losing out on a potentially better-suited match by “settling down” in a relationship with Mr./Ms./Mx. Pretty Good At the Moment.

But not “fulfilling.” Not “satisfying.” Not emotionally meaningful.

Given that Klinenberg and Fisher also found — SPOILER ALERT— that cis men fall in love faster, get more attached, want to move in together quicker, and are generally more romantic about the women they love (at least, initially), it seems that hookup culture is not very fulfilling for them either.

So is hookup culture making anyone happy?

The answer appears to be, at least in the long run: No.

If you like this article, please share it! Your clicks keep us alive!
Tags
dating
hookup culture
FOMO
online dating