Would Homeschooling Be Better For My Special-Needs Child? 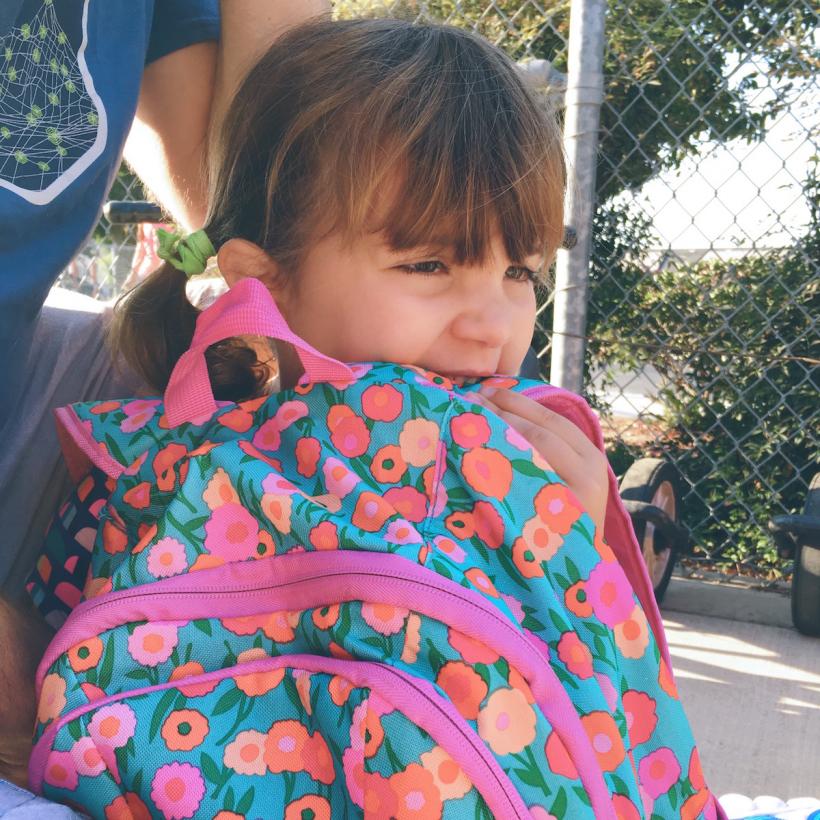 The argument against homeschooling is always the same: “Kids need to socialize.”

I am at my daughter Ella’s school — or at least the school that would be hers, if she would go. I’m writing this in the corner of a sparsely decorated office. There’s nothing but a large filing cabinet adorned with six trophies — four for basketball, two for baseball. While I sit here writing and sipping tepid coffee, Ella is hiding under the outside edge of the counselor’s desk.

I imagine the state of this room doesn't make her feel any more welcomed than any other room on the campus.

Ella is 5. She should be in Kindergarten, socializing. Instead, she’s cowering. She hasn’t even seen the inside of her classroom.

Click. Click. Click. The room is silent except for the ticking of my nails on the keyboard. Ella won’t speak. She can’t speak.  I’m “working” because she won’t let me leave, but she needs to stay. This is the only way to facilitate the visit.

Kids need to socialize. Is this socializing? I ask myself. Or is this just frightening?

We thought — or more accurately, were forced to admit — that Ella wasn’t quite ready for a classroom environment.

We walked away from school on the first day, opting to spend the year “socializing” and exposing her to a variety of new experiences that might help prepare her for the next year.

We spent a year trying to get her to interact, to speak, to do anything without paralytic fear. She spoke to her piano teacher a couple of times, but most of her time was spent under the piano looking for bugs, or outside the front door holding on to whatever stationary object that was nearby, silently refusing to go in at all.

It took her a month of lessons to say the few words she did say. It took two months to get her to sit at the piano and actually touch the keys. I never was able to leave her there like every other student. Every week the sweet pigtailed 9-year-old girl with the time slot after Ella would bound in, book in hand, with a cheery “Hi!” ready to tickle the ivory.

Every week, Ella would spend at least some part of the lesson crouched behind a chair.

Gymnastics was about as successful as piano. Because how can you learn gymnastics if your teacher can’t even touch you, much less speak to you? How can you be part of a class if you’re the only one left on the carpet?

How can you really be a part of anything when you are so overcome with anxiety that you can’t even speak?

By summer we were losing hope that she’d be ready for school. Her therapist diagnosed her with extreme social and separation anxiety, and I spent a day dodging work email to set up a homeschool area in our dining room in preparation for what seemed like the inevitable.

Her extreme behavior was always chalked up to being “shy.” Family, friends, and strangers shared stories of other “shy” kids. “She’ll get over it,” they said. “She’s just shy.”

The school said, “We deal with lots of shy kids. Don’t worry. She’ll be ok!”

The day of orientation, she never spoke. She sat on the rug, mute, surrounded by nine of the twenty kids who would be in her class, in what would be her classroom. The other kids chatted happily about game consoles or their matching shoes. Ella sat. Silent.

When we left, I asked her if she’d like to go and buy a new outfit for the first day of school, she stared at me blankly and finally nodded yes, her pigtails bouncing with the bobbing of her head. She was silent the entire half mile home, finally speaking to ask me when we would go shopping.

She picked a tulle skirt embroidered with a rainbow of pom-poms, a sparkling shirt, and paired it with the pink Mary Janes I bought her the week before. She chose a floral pattern backpack with a dangling daisy pillow hanging off the zipper. The kid has good taste.

On the first day of school, she and I walked to class with her big sister, Ella chatting about whatever the whole way. I asked her what she thought it would be like to be in Kindergarten. She didn’t answer.

The dropoff was pretty unremarkable. She didn’t speak. She didn’t cry. I shut her in the cafeteria against her will, with the school’s assurance. “We deal with lots of shy kids. Don’t worry. She’ll be ok!” I left and walked the half-mile home, wondering what she was doing, if she was frightened.

Four hours later, a call from her principal. Ella had never gone with the other students. She had spent the majority of those four hours outside. Ella refused to make eye contact, to drink water, to use the bathroom. It was sickeningly hot, so the principal led her into the corner of the cafeteria, where she sat, alone, huddled, chewing her backpack strap until her dad arrived to take her home.

What do you do when she wants to go to school, when she bounds out of bed every day with the prospect of learning and making friends, but simply cannot?

Ella’s behavior and panic in new situations was always chalked up to being shy. It’s now clear that she’s much more than just shy. She’s selectively mute. She literally cannot engage, not even if she wants to. Her voice is lost in the panic. I had never heard of selective mutism.

I watch her silently survey the other children in her class. Her expression shifts from interest to terror, and back again. She moves her lips just slightly to the sound of the songs playing from the speaker overhead — the days of the week, the months of the year, catchy enough that I’m even quietly singing them. She wants to sing them. Her brain will not let her sing them.

She wiggles back and forth in her chair, shifting her weight off the seat, back on, then off. This was her “goal” for today. Just sit in a chair, next to me, pressed against the western wall of the room. She sits backwards. Maybe the back of the chair feels safer than the openness of the front.

We could homeschool her. We could buy the curriculum, utilize the space, turn the china hutch into a library, turn our mornings into school. And it would be easier. It would be easier than me sitting in this sparse office everyday of the week while Ella sits silently next to me.

It would be infinitely easier to homeschool her than to do what we are doing. But she wants to go, she needs to go — not because she needs to socialize, but because if we don’t help her overcome this panic, it won’t go away.

It will persist, like panic does, and she will not know what’s it’s like to feel safe in a strange place.

I don’t know if I can help her feel like she belongs here. But I’m going to keep trying. I want to be there the day that her brain lets her voice out.

If you like this article, please share it! Your clicks keep us alive!
Tags
homeschooling
selectively mute
Special Needs
anxiety
kindergarten
504
IEP
socializing