Mom Fail: My Kid Caught Me Getting High 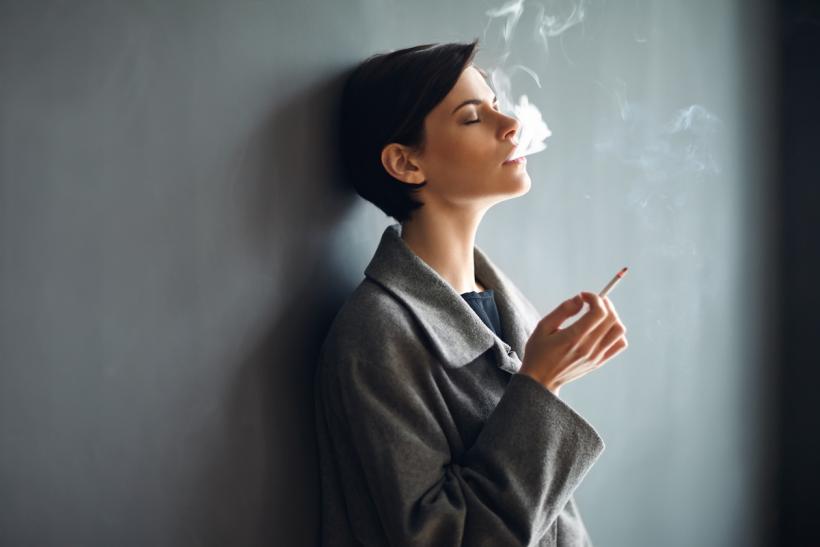 Wouldn’t it be nice to smoke just a tiny bit of it?

A few months ago I reacquainted myself with an old and forgotten pal, *ahem* Mary Jane *ahem*. We shared a Wednesday morning rendezvous which lasted only a few chilled, yet inspired, hours that oddly involved a thorough house cleaning. Strange, I know. Just a few tokes was all it took to unleash my inner domestic goddess. I had no idea she was in there! And, sadly, I haven’t seen her since.

Weed Wednesday was a fun, and surprisingly productive, experience. Yet, inevitably, the buzz wore off and I returned to my former role as a non-stoned mom and wife. I placed the other half of the joint in the kitchen junk drawer, to be revisited at another time.

The summer days that followed Weed Wednesday, were action packed. Between camping and playdates, laundry and DIY-ing, smoking the rest of that joint was not even on the cards. In fact, I forgot all about it.

And, in a flash, the summer was over.

One gloriously warm weekend in early fall, we decided to host a family barbeque to celebrate my cousin’s birthday. Grandparents, cousins, aunts and uncles; they were all there. It was a full-day (and night) affair, with several guests staying over. There was swimming and burgers, babies and balloons, birthday cake and beverages.

There was also music. My cousin had brought along an awesome playlist. I hadn’t heard some of the songs in over a decade and I soon found myself reminiscing about my twenty-something years, when I’d been a free agent with a penchant for pot-smoking and the world at my feet…

After a few glasses of wine, I found myself thinking about that little joint at the back of the junk drawer.

Wouldn’t it be nice to smoke just a tiny bit of it?

Nobody has to know…

I did a quick visual count of my off-spring. Two were swimming with their dad and cousins in the pool and one, the eldest, was eating birthday cake with Nana.

This was my (and Mary Jane’s) moment! The nostalgia of the tunes and the warmth of, what felt like, an endless summer inspired me to throw caution to the wind.

Barbeque lighter in one hand, shriveled half-a-joint in the other; I sneaked out the front door of the house.

I lit-up, inhaled, and slowly released the sweet smoke. It was beautiful and relaxing until I was interrupted with these, dreaded, words: “MOM?!  Are you smoking?”

I’d been caught smoking pot, by my tween, and I’d resorted to diversion and denial. This was a low moment for me, no doubt about it.

What in the ever-loving-FUCK?! Where did she…? How did she… get here so fast?

There she was, in the window; my twelve-year-old daughter who had Usain Bolt-ed herself from cake-eating with Nana to window-stalking her mother.

As she opened the front door to come outside, I dropped to my knees next to a bush, where I quickly stuffed the evidence while pretending to do some light gardening.

“Hi, honey! Just doing a bit of… weeding and having a few minutes to myself out here.” I was grateful for the darkness; and hopeful my guilt-ridden, lying-face wasn’t too visible.

“What were you doing, Mom? I saw something light up near your face. Were you smoking?!” Her forehead furrowed, as her sleuth-senses (which are luckily not familiar with the scent of marijuana) went into full force.

What do I do? What the hell do I say? WHAT WAS I THINKING?

“Uhhh… I don’t smoke,” I said, standing amidst a lingering pot-cloud. “You must have imagined it!”

And that was it. That was all I could come up with. Denial! I’d been caught smoking pot, by my tween, and I’d resorted to diversion and denial. This was a low moment for me, no doubt about it.

So that’s what we did. But, I knew, by her narrowed stares, I hadn’t heard the last of it.

The next round of questioning came at bedtime and, by then, I’d come up with a response. It was flimsy yet worth a shot.

“No, I don’t smoke.” I responded, looking her straight in the eyes.

“What was that spark I saw, Mom? What. Was. It?” She wanted answers, but I wasn’t about to give her any, not truthful ones, anyway.

“It could have been the barbeque lighter,” I offered.  “I had just lit the candles for the cake and the lighter was still in my hand, maybe you saw a spark from that?”

She pondered the idea for a moment. Was she buying it? I hoped-to-hell she was. But deep down, beyond the denial and deception, I knew I was kidding myself. She knows I was smoking. She must! But I would guess she thinks it was a cigarette. The questioning stopped and I kissed her goodnight.

This parenting gig doesn’t get any easier, does it? And right now I am missing the earlier years of motherhood, when the kids were easier to fool. Those were the days, when my husband and I could spell things out and they would have no idea what we were talking about. If Daddy said he wanted to s-h-a-g Mommy, it just flew right over their innocent heads!

Those were the good ‘ol days because despite the fact that there was zero privacy in many ways, they were clueless little beings. Plus they all went to bed at 7:30 and we grown-ups still had a few hours to swear, watch adult TV shows, have non-silent sex, and… smoke some pot if we’d wanted to.

But those days are gone.

Everything has changed. Our daughter doesn’t go to bed early anymore. She is, instead, ever-present and, like a ninja-hawk, she doesn’t miss a freakin’ beat. The truth is, I actually don’t mind if my daughter wants to try some pot in the future, when she’s older. If there is a drug to embrace, weed is it! But, I certainly don’t want to be the reason she tries drugs. (If Mom does it, it must be okay!) So, I guess this means my weed-smoking days are done, for now. But I can assure you, one day when our final little sparrow has flown the nest, this mama-bird knows exactly what she’ll be doing with her newfound freedom. 2028 will be my year; mine and Mary's.

If you like this article, please share it! Your clicks keep us alive!
Tags
Mary Jane
pot
smoking
getting high
Kids
parenting
drugs
caught