I Gave Up Being A Supermom To Be A Better Wife 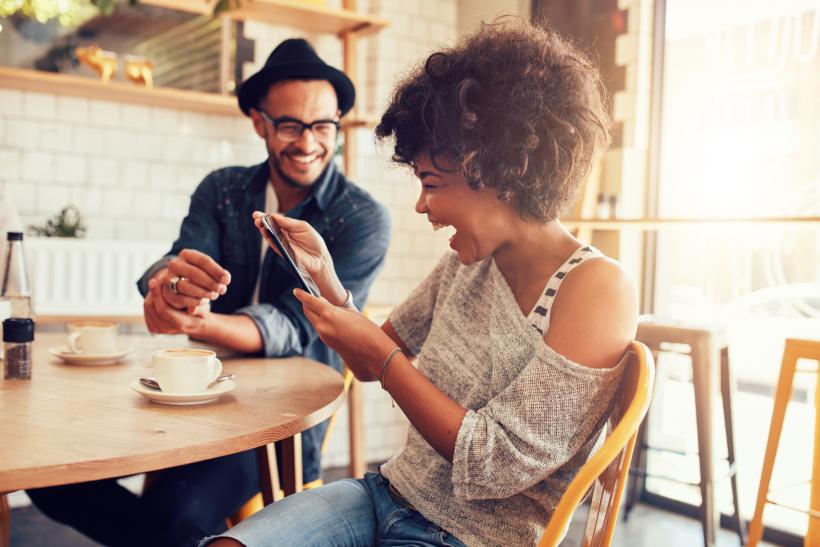 Being a Supermom isn't worth losing a spouse (Image Credit: Thinkstock)

After an elaborately executed bedtime routine, my husband would come home to find me sitting at the kitchen table, leafing through our state's Pre-Kindergarten book of standards, as I took notes on age-appropriate activities. Most nights I would forget to greet him as I planned out Pinterest-inspired crafts, and made meticulous meal plans for the upcoming week.

Our son was only 15-months-old, but I felt like I constantly had to stay ahead of the curve when it came to parenting. I felt like I was achieving something by excelling in my role as a stay-at-home mother, perhaps hoping that it would make my role as a full-time mother feel more fulfilling. As long as I was engrossed in being an above and beyond parent, I didn't have to face the uncomfortable state of my marriage.

I had spent the last few months wondering if our marriage was going to make it or not - a fear I never vocalized but often felt. I knew something had changed between us since our son was born, and I knew that most of the problem lay with me. I was so overwhelmed by motherhood that I found it hard to focus on anything else, whether it was self-care like showering, or kissing my husband when he came home from work. Yet as soon as my feelings of relationship insecurity arose, I threw myself further into motherhood, as if the cure to our marriage ailments could be found in how-to baby books.

My husband would often ask to spend more time with me, but I always felt too busy. There was so much to do. The baby always needed one of us, and when he was asleep, I felt the urge to clean, to plan, to take steps towards being a better mom, because I never felt like I was doing a good enough job.

In the early months of motherhood, I felt constantly overwhelmed. It seemed as though I would never get the hang of motherhood - never become the Supermom I had imagined myself to be. I didn't merely want to take care of my son, keeping him happy and healthy. I wanted to be the kind of mother who spent every spare second doing something extra - baking cookies, or planning an outing to the park, or thumbing through developmental books to make sure I was fostering my son's optimal growth.

It was something I assumed would come naturally to me, but it was more than I could handle.

When our son was 18-months-old, we took our first solo vacation since becoming parents. I worried that this would be the final nail in our marital coffin. Would we have anything to talk about, other than the child we shared?

My marriage fell by the wayside as I tried to keep my head above water while the waves of parenting struggles washed over me. Slowly but surely I gained my footing, but instead of shifting my focus to include my husband, I became hell-bent on being a great mom. Instead of spending time with my husband while the baby slept, I found myself trying desperately to clean the house, or fold laundry, or make a loaf of bread, anything that would make me feel like I was "getting ahead." As if motherhood was a race I could somehow win if I kept moving fast enough.

As a young mother, I felt like it was imperative to be exceptional. I wanted to excel in motherhood, giving our son the best possible experiences as he grew up. I planned out multiple parties before deciding on his first birthday theme. I made all his baby food from scratch. I bent over backwards to ensure his days were magical from start to finish. However, my mounting need to reach the next level of mothering perfection had left my marriage completely and utterly untended. I felt like I needed to prove myself as a young mother, to show on the outside that I was good enough and responsible enough to be not only as good, but better, than older moms. I never stopped to think about the long term effects of my need for perfectionism, in myself or in my marriage.

I used my husband as a second set of hands. He was my co-parent, the other caretaker, which made it ever so easy to snap at him when he made even small missteps in the realm of parenting. I was no longer viewing him as my partner, but rather as an aide to attaining the next level of mothering. Whenever he wasn't pushing me closer to that goal, I resented him or, perhaps worse, ignored him. I knew it wasn't healthy, but at the same time I didn't want to examine my marriage too closely. I was afraid I was causing irreparable damage, but instead of fixing my behavior, I further distracted myself from my relationship.

When our son was 18-months-old we took our first solo vacation since becoming parents. I worried that this would be the final nail in our marital coffin. We hadn't connected in over a year and a half. We rarely talked. We never spent time alone. Much of the time there was a baby in our bed, and so sex was out of the question. We had nothing to talk about but the child we shared. I had a dreadful feeling that I would spend the whole trip oscillating between guilt over being away from our son, and plotting the next steps towards greater motherhood when I returned.

However, something softened in me when I was finally removed from the short tether of stay-at-home mothering. At first I felt fidgety, looking for something to do, something to clean, something to quiet the fear I felt that we would have nothing to say to one another. After the first few hours, however, I felt relieved that there was nothing for me to do. I realized I was able to breathe, soaking in a freedom I hadn't felt in a long time. My husband and I were individuals again, not simply mom and dad.

I happily put on dresses and make-up between bouts of complaining about how I missed our baby. I bought a few infant items while we were out shopping, then turned my attention to myself, and furthermore, to my husband. We began to rediscover the love we had once felt for one another before our baby had wedged his way between us.

The existential dread I felt looming over our relationship began to dissipate as we talked about our future beyond the carefully-curated bento boxes and tiny tots gymnastics classes. We talked, not about our son's future, but about our future. My marriage was reawakened, and I realized that being a great mother wasn't worth risking my life's great romance.

Even though my husband never called me out on my behavior, I slowly but surely hung up my need for perfection. I still struggle with guilt and feelings of mothering inadequacy, but I at least have a supportive partner to fall back on when I'm feeling less-than. Our relationship is more important than being a picture-perfect mother.

I'm not an exceptional mother anymore. I'm a mediocre mother, at best. My kids eat a lot of fish sticks, and the kind of macaroni and cheese you heat up in the microwave. I don't go to PTA meetings, and I sure as hell don't make my own baby food. I still try to make my kids' childhood magical, but I don't bend over backwards to do so. Childhood is inherently magical, and motherhood, I think, is an inherently difficult role to master. But mastery is no longer the point. Not for me. Not anymore.

Because if being a great mother means being a crappy wife, I don't want any part of it. I would much rather strive for an imperfect balance between motherhood and marriage, than a backbreaking circus act of all the things I am able to juggle over my parenting plate.

Being a Supermom never fulfilled me in the way I thought it would. I thought having the outward appearance of being a great mother, hitting all the right marks, would make me a happier mother. Instead it made me stressed. But laughing with my husband over our favorite TV shows never fails to make me feel whole. So I have rearranged my life to make our relationship a priority on par with motherhood. Because I would much rather be an OK mom and a happy wife than a sadly single Supermom.

If you like this article, please share it! Your clicks keep us alive!
Tags
wife
mother
Children
marriage
couples
SAHM
husband