I've Gained Weight; It's Not The End Of The World 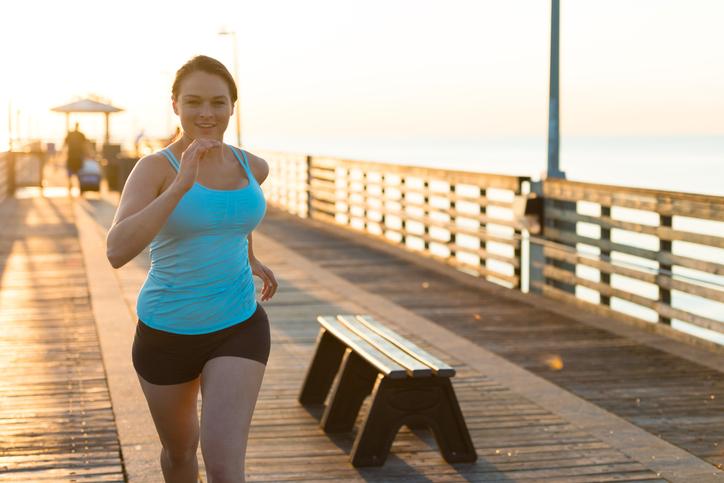 Life's about more than appearances.

So you’ve noticed I’ve gained weight… It’s not the end of the world. Really, it’s not.

“I can’t make it Thursday night. Things have been crazy around here and the kids have a ton of stuff going on.”

Me to my friend on why I’m not coming to bunco night.

“Why don’t we just stay home? We can save the money we’d spend on a babysitter and just grill some steaks here.”

Me to my husband on why we shouldn’t attend the barbeque his coworker invited us to three weeks ago.

If you need a good excuse to get out you out of peopling, I’m your girl. As a card-carrying introvert, I’m the queen of slightly lame reasons why I can’t come to your thing. Socializing is hard for me on my best day, and even on my best day, I only enjoy it in small doses.

I wish I could say what I think when declining invitations or backing out of invitations I’ve already accepted.

“My social anxiety is off the chart today.”

“The idea of mingling makes me twitchy.”

“I’d love to see you, but I’m ashamed for you to see how fat I’ve gotten.”

Yeah. That last one. That’s been the front-runner over the past year for why I really don’t want to see you. It’s not you. It’s me. It’s really me.

I’ve gained weight this year. If we’re being honest, I gained weight last year, too... But I’ve stopped letting a few extra pounds dictate my everyday existence. I’m done letting my pants size determine where I will and won’t go.

First, I think fat is an ugly word. When used to describe someone’s physical shape, it’s usually said in a derisive kind of way. I don’t use the word fat when speaking about other people and I’ll put you in check if you call someone fat in conversation. Just because I’m an introvert doesn’t mean I won’t call you out for being an ass hat.

But I’m a little bit of a hypocrite, you see, because I call myself fat all the time. I berate myself when the pants I expected to be one of the few things in my closet that fit are snug when I tug them over my hips.

I scowl at my husband when he tells me I look nice.

I’ve gained weight this year. If we’re being honest, I gained weight last year, too. The 10 extra pounds that snuck up on me last year weren’t a big deal, at least that’s what I told myself, but the 10 additional pounds I’ve gained this year have not only done a number on my self-esteem, but they’ve changed how I live my life.

I’ve never been described as skinny, but I never struggled with my weight or body image.

The combination of advancing age and the medication that I’ve finally accepted as necessary have not been kind to my waistline. My face isn’t chubby and my legs are lean and toned from running, but middle age has settled around my midsection with a big kerplop. I’m reminded of that excess roundness every time I wear pants that don’t have an elastic waist.

The extra girth feels funny. I’m hyper aware of it because it doesn’t feel like me, like I’ve taken up residence in someone else’s body.

I’m trying to lose the weight. I’m eating less, eating differently, exercising more, blah blah blah. I’ve always been active. I’ve always had decent eating habits so it’s a struggle to figure out what’s going to work to take off this weight short of extreme diets or surgery. I wonder how far I would go to get rid of this extra fluff.

But this isn’t about losing weight, not really. It’s about me.

I’ll either lose the weight or I won’t. Maybe this is the body I’m supposed to have at this point in my life and maybe I have to figure out a way to celebrate what I can do and learn to accept the way I look. I don’t know yet.

But I’ve stopped letting a few extra pounds dictate my everyday existence. I’m done letting my pants size determine where I will and won’t go. My husband I recently made plans to see friends we hadn’t seen in about three years. And, when I say we made plans, he made the plans and sprung them on me at the last minute so I couldn’t find an excuse to say no.

My excitement at seeing my friends was tinged with negativity and self-consciousness. Immediately, my thoughts flew to my weight gain.

That was my thought process. I was allowing my negative self-talk to get in the way of life. I’m an introvert; but being an introvert doesn’t mean I don’t have a place for friends in my life. I’d been playing my introvert card when what I was really doing was hiding from the world because I didn’t feel good about myself. I didn’t realize what I’d been doing until I was forced out of my comfort zone.

I’ve gained weight. So fucking what? People gain weight. I’m getting older. Softer. The meds that make me feel like something resembling a level-headed, rational human were an instant 10 pounds. If I stopped taking it, maybe I’d be thinner. I don’t really want to find out.

It’s just some extra weight and not life-threatening weight at that. My doctor hasn’t told me to lose weight. I’d still like to lose it and maybe I will. I hope so, but until that happens, this self-imposed exile based on a few pounds stops.

As I hugged my friend, it actually crossed my mind to apologize for my weight gain or at least acknowledge it, like an elephant in the room. Instead, I said “fuck it” and opened some wine. My 20 extra pounds means far more to me than to anyone who loves me and values me for who I am on the inside.

I sometimes make excuses because I don’t want to be around people, but I’ve stopped being afraid to let the world and the people who count see me as I am. Maybe someone who hasn’t seen me in a while will notice I’ve put on some pounds. I think you’d have to be oblivious not to notice, but whatever.

I’ve gained weight, not grown an extra appendage. If my measurements are important to you, then you’re one less person I need hanging around. You can pretend you don’t notice. You can ask me about it, although as you can imagine, it’s a tender subject because why wouldn’t it be? But, it’s not the end of the world.

If you like this article, please share it! Your clicks keep us alive!
Tags
weight gain
body image
body positivity
self care