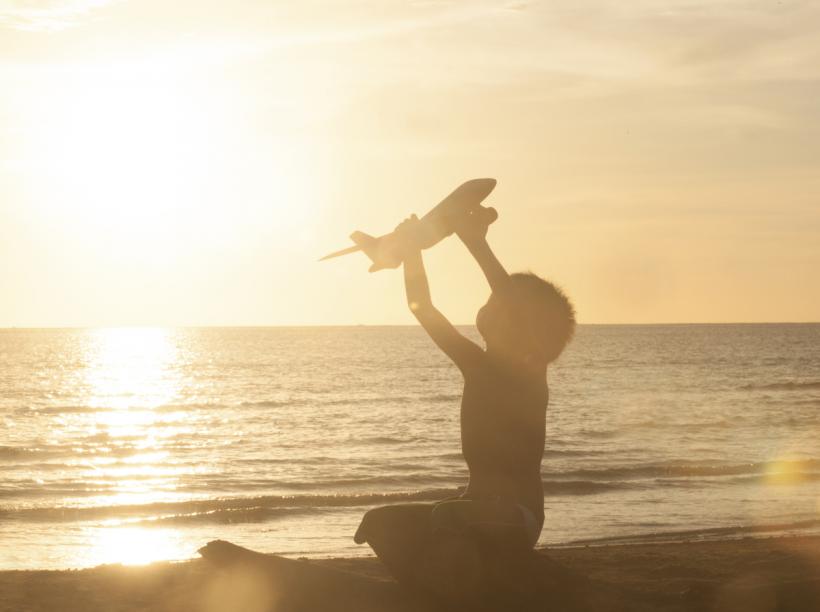 The day the waiting stopped will always be a bittersweet day, but for me, a day that deserves a celebration.

I remember the day I met my son for the first time as if it was yesterday, instead of almost five years ago. I can recall every detail about my first moments with him. It was August and I was sweating from heat and nervousness. My dress clung to my sweaty back. I could feel my heart thumping as I walked into the room where I would meet my son and sign what would seem like a hundred pieces of adoption paperwork.

We were in a government office building with typical rundown government office building décor. My son was sitting on the lap of a stoic Chinese woman and, despite the sweltering temperatures, he was wearing a sweatshirt and flannel pants. The woman, one of the nannies from his orphanage, spoke to him in Mandarin, gesturing toward my husband and me. The little boy shook his head and gave us some typical two-year-old stink eye. Stink eye or not, I was ecstatic to finally be meeting this little boy. It was instantly obvious the feeling wasn’t mutual.

I’d spent more than a year waiting for this little boy: the amount of paperwork it takes to complete an international adoption is mind-boggling and the wait seemed eternal. My first moments with my son didn’t match the idyllic picture I’d had in my mind.

He cried piteously the first time I held him. I was a stranger and he wanted nothing to do with me. I cried right along with him until he passed out from sheer exhaustion. When he woke and saw I was still there, he let out a resigned little sigh and warily accepted a Cheerio. By the end of our first day together, he’d decided I wasn’t that bad, although I still caught him giving me some side eye from time to time, as if he were asking himself “who the hell is this lady?”

Looking back, it sometimes seems odd to me that we celebrate this day each year, yet we do. We celebrate birthdays just like most everyone else does, but the day our family became a family is special, too.

Our son lost his birth family long before we came into the picture, through circumstances we’ll never know. He has a slight birth defect and we’ve always assumed his birth mother chose not to keep him because of that, but we’ll never know for sure.

Our son lost a piece of his birth culture the day my husband and I showed up. He became an American citizen and the son of white parents who didn’t know any Chinese people. As hard as I’ve tried to keep his culture alive and teach him about his heritage, I don’t have very much to go on.

Adoption day celebrations are sometimes referred to as “Gotcha Day,” as in the day I “got you.” Every family is different, but common ways to celebrate include a special meal, cake, or a small gift... really not much different than celebrating a birthday, anniversary, graduation, or any milestones one might celebrate.

We’ll keep letting his feelings guide the way we celebrate (or don’t celebrate) the day we became the family we are now.  We’ll enjoy the celebration if he does, and let him decide what’s comfortable for him as he grows up.

Some people — usually adult adoptees — speak against adoption day celebrations, labeling them insensitive and failing to properly recognize the loss an adopted child has suffered. Some find the word “gotcha” offensive and demeaning, because that term carries a suggestion of being captured. I don’t personally see it that way, but to each their own. And to us our own. Everything is going to piss someone off, so we just live our life knowing that we’re just winging it at this whole parenting thing anyway.

Some families are all about big, noisy, happy Gotcha Day celebrations. Other families view this day as a time to reflect upon the loss of the birth family and not a reason for cupcakes and balloons. We’re just trying to keep our eyes on our own paper and do what feels right for us. We’ll adjust course if it stops feeling right or if our kids are uncomfortable or just not into it.

Our adoption anniversary is a time of remembrance.

Calling it Gotcha Day doesn’t feel quite right for us. We don’t make a big deal over what we call it, but when describing it to others, we usually go with family day or adoption day. We might have a special meal or look at pictures and videos of our trips to China. Because we chose older child adoption, baby pictures are scarce. While taking hundreds of pictures of our time in our son’s birth country doesn’t make up for the holes in his story, we answer the questions we can answer about his culture and his heritage. Someday, we will come up empty. I don’t know how he’ll handle that. I don’t know how I will.

The adoption questions are simple, for now. I know different emotions will surface as the questions become more intense and the answers more complex. Maybe one day he will feel grief or anger about his adoption. Maybe he won’t. We’ll keep letting his feelings guide the way we celebrate (or don’t celebrate) the day we became the family we are now. We’ll enjoy the celebration if he does, and let him decide what’s comfortable for him as he grows up.

We waited for him. He waited for us. The day the waiting stopped will always be a bittersweet day, but for me, a day that deserves a celebration.