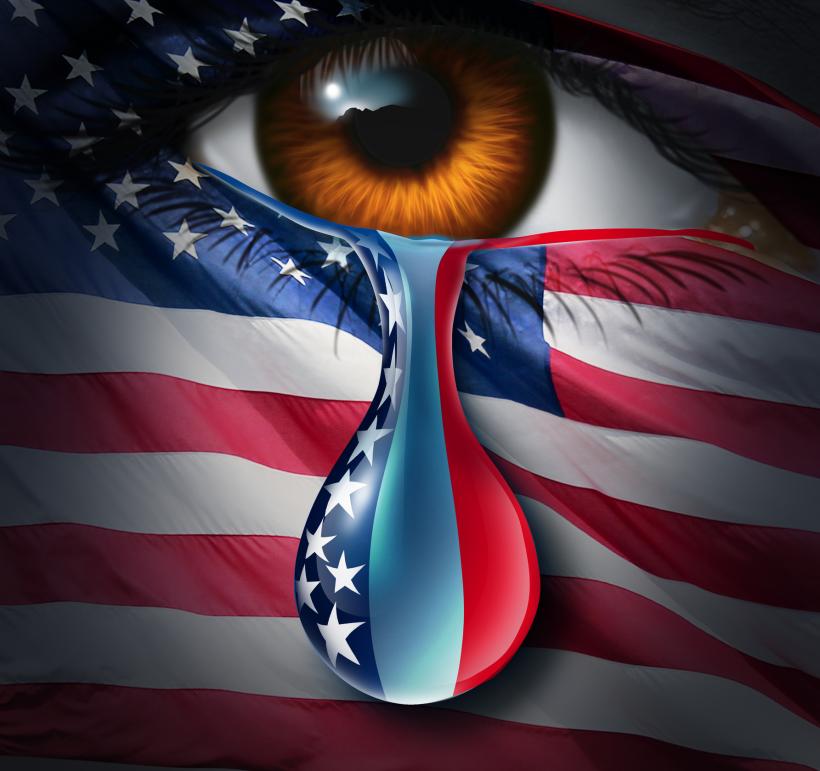 Another dark day in America.

You may find yourself wondering today, “Who is Steve Bannon?” Which as a fellow American, and just a human generally-speaking, I really wish were not happening to you right now.

But we’ve fallen through some dark loop hole of normality, and here we are. Trump is putting together his Cabinet, and Steve Bannon’s name is on the list, and now you have to learn about him.

Most recently, Bannon served as the Trump campaign’s “Chief Executive.” Well, whatever. Someone had to run that crap show.

What is of concern is Bannon’s previous job, as the president of Breitbart News. I won’t link to the site, and please don’t click on it – more eyeballs = more ad $$$. Say no to that.

But to give you a feel, some sample headlines, tweeted out by none other than Hillary Clinton herself, back in August: 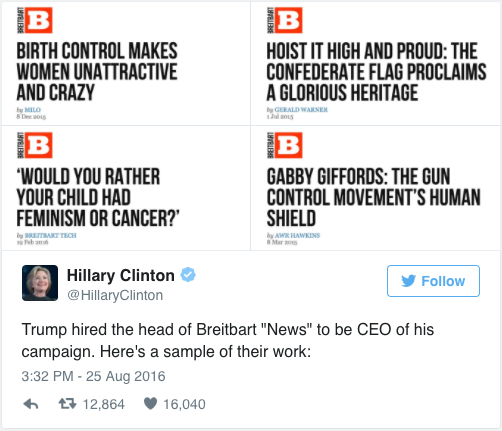 They read like a satire site mocking the brain rot of America's seediest underbelly.

But it’s not a parody. And its traffic has been booming since Breitbart became the online home of white nationalists and alt-righters everywhere, all those who believe that European descent is what makes America great. They were early adopters of Trump, much like KKK "Imperial Wizard," David Duke, who saw in the orange-topped buffoon an outlet for their racial animus.

(Every damn time, I cannot get over the “grand wizard” thing. It’s like this – how can something so hateful and destructive be simultaneously so celebratory of its immature stupidity?)

I say all this to alarm you, but not permanently. None of us will be much good to each other, to fighting for what we believe, if we are simply paralyzed in fear.

What is necessary here is being clear-eyed in the extreme. Drench yourself in visine, you feel me?

I know he went to Harvard (true), and is a veteran (also true), but that does not mean his embrace of evil makes him less dangerous.

In fact, it only makes him more so. Bannon is the smart guy willing to manipulate the worst vices of the less intelligent, for his own benefit, without regard for the consequences.

Panic? Okay, if you must. But then take a shower, drink some chamomile, listen to Sade. Do all the things Bannon hates, and would laugh at you for. Raise a lavender-scented toast to his critically-wounded man pride, and then… ?

Get serious about taking his toxic brand of “conservatism” out.

If you like this article, please share it! Your clicks keep us alive!
Tags
Steve Bannon
donald trump
Alt-right
chief strategist 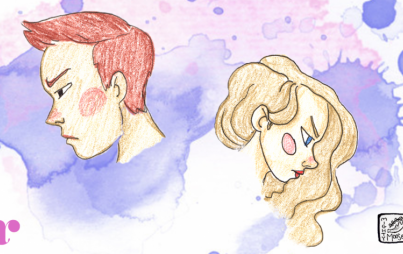 Ask Erin: Help! He’s A Trump Supporter; Should I Cancel The Wedding?