Lovers And Fighters In America: LGBTQ Love Shines BC #LoveTrumpsHate 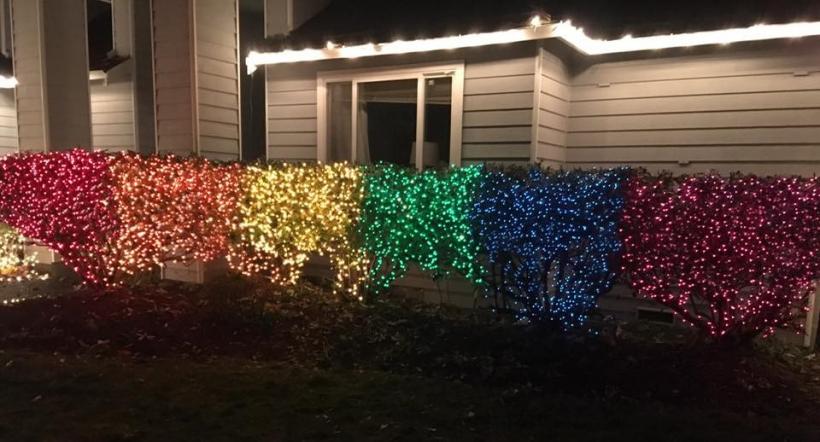 These brave warriors say "hell no" to racism, sexism, bigotry, and xenophobia. These men, women, and children are saying "heck yes" to equality, human decency, and love. From bold acts of advocacy to simple moments of goodness, these everyday people remind us of what it truly means to be American. 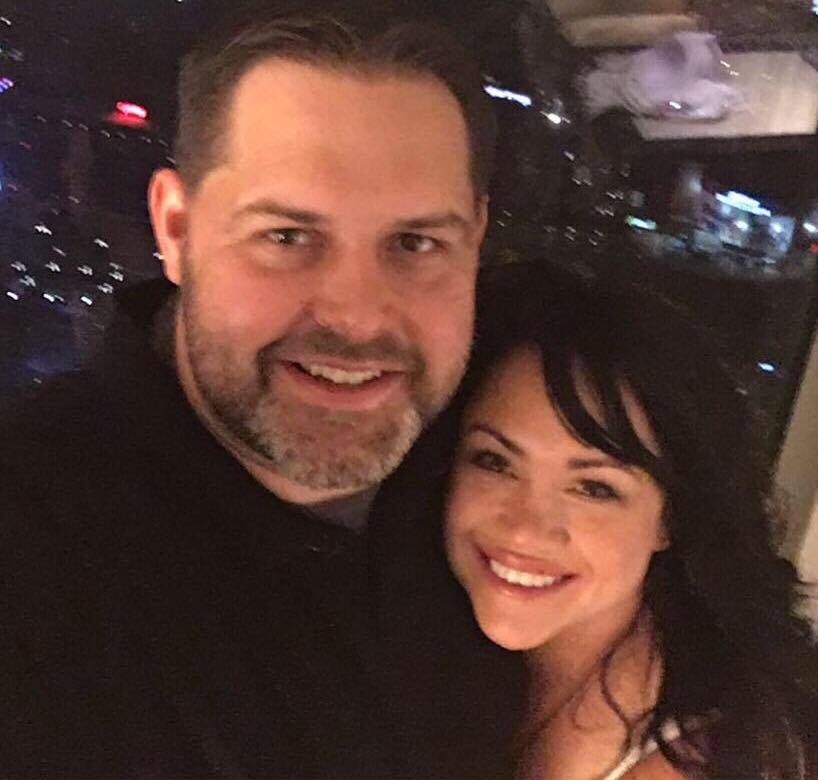 Photo used with Lexi Magnusson’s permission
This is Lexi Magnusson and her husband Lance, a Washington-based couple who have been making headlines ever since Lexi uploaded a photo to her Facebook page last week. The photo depicted the boldly decorated hedges outside their family home. Lexi’s rainbow hedges have been the talk of the internet ever since.
The suburban mom’s intentions were simple: to declare her support for the LGBTQ community, and to show her neighbor (and anyone else with similar views) that she and her family do not tolerate or accept bigoted viewpoints. The mode of Lexi’s message was 10,000 decorative lights, beautifully displayed in rainbow colors representing the LGBTQ pride flag.
Along with the photo, Lexi wrote: “Our new neighbor told us that she moved her family here because her kids were too exposed to the 'gays and transgenders' in Oregon (?- where did she think she moved to? We're basically North Oregon). Spoke of how sick she was of seeing people 'making it okay.' Since regular aggression leads to assault charges, I went with passive aggression. 10,000 lights later:” 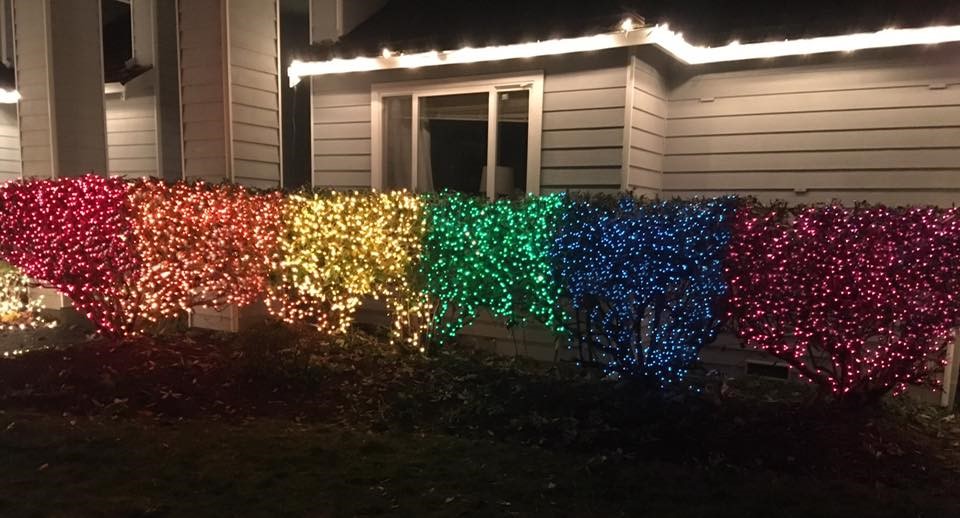 When asked what message she hopes her rainbow lights convey, Lexi told Ravishly: “I've realized that something so little as throwing up a rainbow of Christmas lights can have a huge impact. It's baffling, but it shows me that little things count. I hope that more people will realize that they don't have to do big things to show love and acceptance. Every little thing adds a voice to the chorus that will rise above the voices that elected Trump.”
A powerful chorus of lovers and fighters have turned up at various online locations to support Lexi and the LGBTQ community, but they are, as always, faced with the voices of opposition. Some stand against Lexi’s display, saying that she is throwing her views in their faces.

To the people accusing her of forcing her views on others, Lexi responded with: “I'm confused as to how my putting lights up is shoving anything besides holiday cheer down my neighbor's throat? SHE came to MY house and made these comments to my husband and me. I didn't ask for her opinion on gay people. I asked her why she moved.”

Some commenters implied that this act was not in keeping with the Christian-nature of the season, to which Lexi replied: “People have said that I shouldn't be using my lights to make a statement. That I should be focusing on Christ this time of year. I'm not religious, but let's explore that line of thinking. Who did the Bible say Christ hung out with? Was it the Pharisees and Sadducees? Was it the people who agreed with him? He went to those who his society had marginalized. He hung out with the sinners. He showed unconditional love.”
Lexi has been reflective in the face of the negative backlash and told Ravishly: "There has been a fair bit of negativity. I'm fortunate that I can close my laptop and drown those voices out a little with the voices of my children. What is absolutely gutting to me is that there are too many people out there who can't get away from those same voices. I'm a straight woman who is an ally and I've heard it all this week, I can only imagine what LGBTQ individuals face. It breaks my heart.”
Lexi Magnusson is Ravishly's featured inspirational person this week and her message of #LoveTrumpsHate has been heard loud and clear. Thank you, Lexi!
If you’d like to send a message of #LoveTrumpsHate, why not help, or donate to, homeless LGBTQ teens who, sadly, don’t have supportive families at home?  Here is a good place to start: The National Coalition for the Homeless.
If you know an inspirational #LoveTrumpsHate lover and fighter, send a message to Shannon on Facebook.
If you like this article, please share it! Your clicks keep us alive!
Tags
#LoveTrumpsHate
lovers
fighters
america
LGBTQ