4 Things I Realized When I Discovered My Own Self-Worth 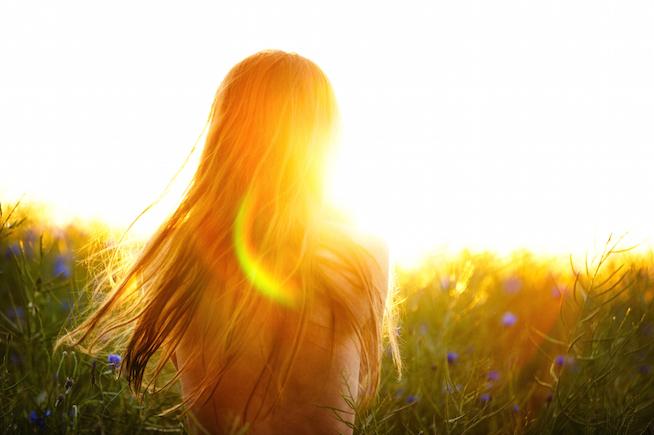 The simple fact of realizing I had choices gave me freedom.

The more I dwelled on my “flaws,” the more and more certain I became that I would never escape them.

My father is abusive. I have a complicated relationship with my mother.

I have abandonment issues. I lost my house to foreclosure. I don’t want to have children.

I was on disability. I have four mental illnesses, and take three medications for them. I was in an emergency psych ward. I used to have a cocaine problem. I have considered suicide.

Is that enough? Are you scared yet? Because I could keep going.

This is how I used to think of myself, as a list of sad stories, complications, and faults. When I met someone new, especially a romantic partner, I laid out my faults out like evidence. See? Trust me. It’s better for us both if you don’t get involved.

I told myself that by being upfront about my baggage, I was weeding out those who couldn’t handle it, thus ensuring that I would be surrounded by only the people who could be supportive and understand.

If they were scared away, then I didn’t need or want them in the first place.

I wanted to keep people at a distance. I wanted sympathy and validation. I believed that I was inherently unworthy.

However, lately, I’ve begun to change my mind — or rather, it’s started to change on its own.

A few weeks ago, I went to bed feeling manic and woke up feeling worse. I was haunted by images of my past indiscretions and using them to flog myself. In essence, I was feeding myself poison.

Everyone makes decisions that are difficult or that they eventually come to regret, but I’ve always held myself to a standard of perfection that I would never impose on anyone else.

The more I dwelled on my “flaws,” the more and more certain I became that I would never escape them. I also became convinced that my life would be an unending list of negative attributes and choices, which overwhelmed me with fatigue. Not the sort that comes after a long day of work, but the sort that creeps into your bones and takes up residence in the marrow.

The sort that never leaves.

I began to Google ways to commit suicide, but couldn’t bring myself to do it. I wanted the pain to go away, but wasn’t willing to put myself through more.

It suddenly all came to me: While others in my life may have supported my self-flagellation, I was the only one actually inflicting it.

That meant that I could choose, right then, to stop.

It wasn’t the easiest decision, and it still isn’t. I’ve beat myself up for so long that it’s second nature.

But the simple fact of realizing I had choices gave me freedom.

Four other realizations came to me:

I didn’t have to be shackled to a job that claimed I was valuable, but refused to give me enough hours to pay the bills. I was free to find a new job, one where I could work hard and make the money I both needed and deserved.

Within a week of this realization, I was hired as a bartender in Boston's financial district — a place where the clientele is friendly, the check averages are high, and my coworkers are supportive and happy.

2. I am worthy of a space that feels like a home.

I also didn’t have to live with my mother any longer. She supported me through the entirety of my separation, and I will always be grateful to her. However, once I got a new job, I moved out and got three roommates.

I got lucky: They’re good people who understand mental illness, so I can be my complete self around them. They are also respectful and hilarious.

I didn’t have to blame myself for the end of my marriage. I was with my husband four years total, and we loved each other tremendously.

But I left. We tried twice during our separation to reconcile. Both times, we ended up exactly where we started: unhappy, but separate.

So, after nine months of separation, I filed my divorce papers and began the legal process of undoing my marriage. I feel grief and I mourn the loss — but I refuse to feel guilty anymore.

I also didn’t have to neglect my mental health.

I was bullied by my primary care doctor into a medication regimen that wasn’t serving me well, so I searched for a new one. I still haven’t found a therapist — but I’ve taken the steps towards wellness at last.

Yet I am far from perfect.

Not all days are good ones. Not every moment of every day is filled with a sense of deserving the best.

But I’m making my way toward the future I want, knowing that every step I take is one I deserve.

If you like this article, please share it! Your clicks keep us alive!
Tags
self care
self-love
mental health
Cocaine
addiction
therapy
self-worth