Becoming Bride: On Being An Older Bride 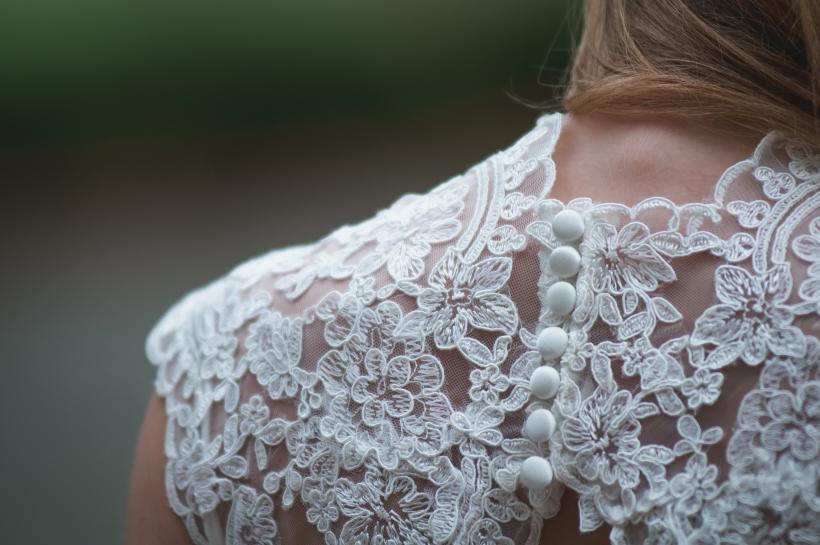 I’m glad I didn’t get married when I was younger. But delaying marriage has certain disadvantages, too. Image: Brandon Morgan/Unsplash.

The other day on Facebook, one of my friends remarked that I was a “later-in-life” bride.

After my initial reaction, I had to reluctantly admit it was true.

At 36 years old, I am significantly older than the national average — 27 for women and 29 for men. Plus, according to the report, these averages are actually a historic high. For women of my generation, the average marrying age was more like 23.

I wasn’t on Facebook back then but I imagine what a strange experience it would have been to watch the kids I went to high school with all couple up and start having kids of their own. All the while, I was getting drunk, having tons of sex, traveling around the world, changing jobs, and earning a second and then a third degree.

The most commonly reported reason women choose to delay marriage is so that they can focus on obtaining higher education and establishing a career. I’d say this was my reason. And yet, 10 years later, while my other college-educated friends began to settle down, I was still figuring out who the fuck I was.

According to researchers, there are advantages to waiting.

For me, delaying marriage gave me time to reach other life goals. In the last 10 years, I got sober. I got more psychologically and financially secure.

Trust me, the time wasn’t wasted. Thanks to waiting, I became better equipped to choose the right partner.

So I’m a little older than society’s ideal — a little softer than I was in my twenties — so what? I know these uncomfortable feelings are nonsense.

For all these reasons, I’m glad I didn’t get married when I was younger.

But delaying marriage has certain disadvantages, too.

For my fiancé and me, there’s the issue of feeling rushed to get married so that we can start a family. Not that other options don’t exist, but a natural pregnancy is our preference. Even if we start trying the second after the ceremony ends — possibly in the cab on the way to the reception — there are only so many years left to have kids. Like many women my age, I worry.

Something else I worry about is our health — which is something I rarely thought about when I was younger. Since I met Arran, I think about it all the time. I worry more about my partner’s health than I worry about my own. Sometimes I have anxiety when we’re separated that something terrible will happen to him.

In my head, “I want to live a long and happy life together” somehow translates into “I DON’T WANT YOU TO DIE!!!”

Like I said, I didn’t feel this way in my twenties. Maybe I’m getting more neurotic as I get older. I prefer to believe it’s because I’ve never felt so in love.

Then there’s the issue of my vanity.

They say the day you get married is supposed to be the most beautiful day of your life, but let’s be honest, if we’re talking strictly physically and according to what we’re all told by society to believe is beautiful — I long ago hit my “peak.”

Again, strictly going by appearances, I’d say I looked my best something like 10 years ago, when I was way obsessed with fitness. I know it’s silly to feel this way but hey, to be honest, I do. Thoughts like this are creeping into my engagement experience. Wedding dress shopping, in particular, has been hella triggering.

Wrinkles, gray hair. “Crepe skin.” The signs of aging have snuck up on me. Don’t get me wrong, I’m still conventionally attractive. But somehow, in the last five years, I went from looking good to looking good for my age.

Some later-in-life brides opt out of the big white wedding so many of us dreamt of as children. They think themselves too mature or too ahem, “experienced” to be dressing up as a blushing bride.

So I’m a little older than society’s ideal — a little softer than I was in my twenties — so what? I know these uncomfortable feelings are nonsense. Still, some days — I’ll admit, I feel behind the curve.

The other day, I found myself wishing I had met my fiancé earlier. Maybe if we had we met two or three years earlier, I thought, we would have had more time together to have fun. We could have dated longer, or had a longer engagement.

Or, maybe — had we met any earlier — we wouldn’t have been so perfect a match.

We wouldn’t have treasured one another nearly as much.

If you like this article, please share it! Your clicks keep us alive!
Tags
becoming bride
wedding
marriage
older bride