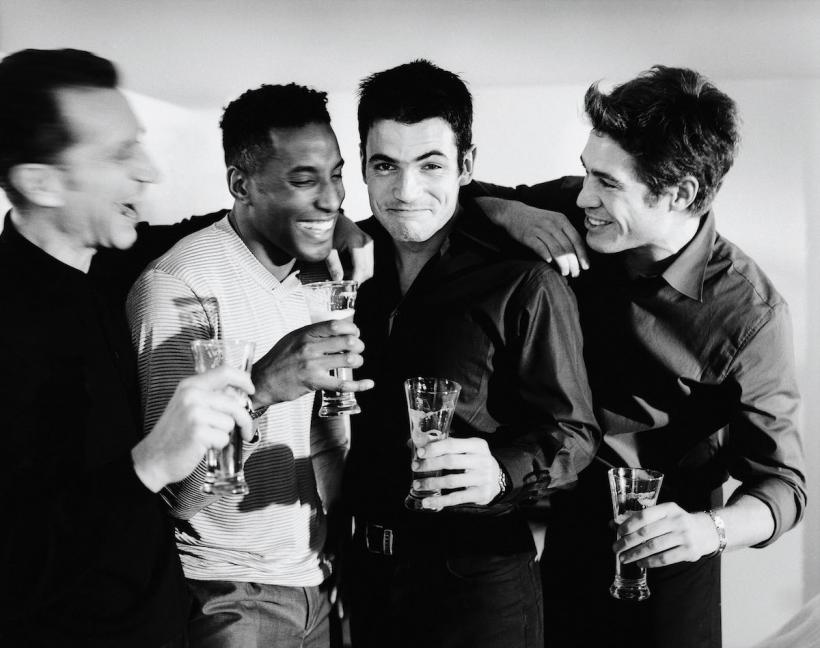 The Bromance. AKA being a human being with close friendships.

People benefit from having  friends. Groundbreaking.

Once upon a time, cisgender men had people they hung out with. Maybe not as many peers as cis women are stereotypically seen as having, but they had people. My father and his childhood best friend were college roommates; they're old men and still see each other once a year.

But now we apparently need to make it cooler. You may have heard the term “bromance” and tried to wash your ears out with bleach (bad idea). Sadly, scientist types heard the word too. Granted, we’re talking UC-Berkeley scientists, but still.

New research in the academically over-named journal Neuropsychopharmacology says that bromances are good for bros. I mean — men.

Bless their hearts. It isn’t enough to have a friend. Or facial hair. Or privilege in most other aspects of life. It doesn’t count until it has a moniker.

I’ve had supportive female colleagues since I was like 4 years old. Yes, it is good for me. Yes, science tells me it will make me live longer. No, it isn’t fancy and newsworthy.

Quoting from the press release here:

“A bromance can be a good thing,” said lead author Elizabeth Kirby, who started work on the study while a doctoral student at UC-Berkeley and continued it after assuming a postdoctoral fellowship at Stanford. “Males are getting a bad rap when you look at animal models of social interactions, because they are assumed to be instinctively aggressive. But even rats can have a good cuddle — essentially a male-male bromance — to help recover from a bad day.”

“Having friends is not un-masculine,” she added. “These rats are using their rat friendships to recover from what would otherwise be a negative experience. If rats can do it, men can do it too. And they definitely are, they just don't get as much credit in the research for that.”

Rat relationships. (Can’t get past that one, sorry.)

Relationships help us manage stress. Any human being could have told you this, but I guess it's good to have some rat relationship science to verify it. Now I understand better why people complain about funding science research. You know, because why we would want to know more? If this is more, I’m starting to get it.

People benefit from having friends. Groundbreaking.

Two years ago, The Boston Globe reported on a study finding that “glaring gaps persist in medical researchers’ efforts to understand gender differences in common diseases, two decades after the passage of pivotal legislation mandating that more women be included in government-funded clinical trials.”

That’s what I’d like to focus our science dollars on — figuring out how women’s bodies work, how women respond to different medical treatments, how a heart attack/panic attack/stroke/anything feels to a woman. We’re doing better on this front, but maybe 200 years (??? randomly chosen amount of time) of medical research centered on cis men as the generic human is enough.

For now — thanks, Science — we know that bromances are important, not just a punchline (tinged with homophobia). Not just an excuse to spend money and avoid you. Crucial.

At least that’s what the rat relationship researchers tell me.