Dear Strangers: Please Stop Asking If My Girlfriend And I Are Sisters 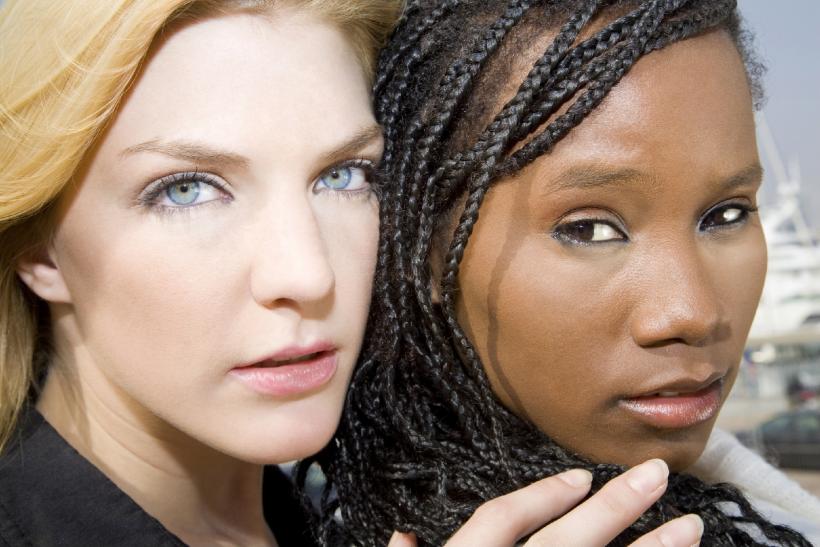 When you ask if my girlfriend and I are sisters, I am going to think you are nosy, because what difference does it make? Image: Thinkstock.

How about  not asking strangers questions about their relationships?

It’s something that happens on a regular basis: My girlfriend and I go into a public space, and people — for whatever reason — have to ask, “Oh my god, are you two related?”

It’s weird, because I have a sister and people are curious about us when we go out together too.

For some reason, the idea that two women are related and together in public is somehow so exciting that it must be made known to everyone within a mile radius.

It’s weirder because my partner and I are 100% not related. Obviously.

When this happens, one of us, usually my more outspoken partner, will say, “Uh, no.”

Nine times out of 10, we get the following response: “Are you sure?”

We always laugh, but it’s really just a way of holding back. Like, Seriously? You think we wouldn’t know?

I'm half-White and half-Black, and my girlfriend is White. My eyes are so dark brown they're nearly black, while hers are nearly yellow. Other than our curly hair, we look nothing alike. People often think she is biracial, like I am, but she isn’t.

No matter where we go, we get quizzed on our relationship.

I can't help but feel that it comes from the expectations that:

It's always an embarrassing and invalidating experience.

Beyond the simple oddness of strangers demanding to know how we’re connected — seriously, who cares — it’s awkward to have to explain over and over again that we’re not sisters.

It’s also hard because we aren’t always sure what response we’ll get if we say, “Actually, we’re dating.” Though progress has been made in terms of homophobia, it’s still risky to try to get a stranger to leave us alone by telling them that we’re actually dating, not sisters.

[W]hen you ask if me and my girlfriend are sisters, you send me into a spiral of fear, anxiety, and overall self-loathing.

I always have to wonder if it’s worth the risk of possibly being verbally attacked, or worse. And I hate having to make that decision.

When you ask if my girlfriend and I are sisters, I am going to think you are nosy, because what difference does it make?

Never have I felt compelled to approach people I don’t know and ask if they’re related. Why would I care?

The next thing I think about is how frustrating it is that everyone thinks everyone who looks “biracial” is related. I can’t even count how many White couples I know who look alike. Should I walk up to every couple made up of blue-eyed blondes who are clearly dating and ask if they’re sure they aren’t siblings?

This is especially true when it comes to random guys who want to know if we’re related. Men who ask tend to do so with a creepy look in their eye, like they’re just into the idea of hooking up with two sisters.

Not only is that beyond creepy, but it’s also hard to respond to.

If someone's the type of guy to seek random women to add to their spank bank, they might not be far from the type of guy who would flip out if he realized two women were dating each other and not him.

In a world where women are murdered for rejecting men, it can be terrifying to say, “No, I have a boyfriend.” It’s even scarier to say, “No, this is my girlfriend.”

So when you ask if me and my girlfriend are sisters, you send me into a spiral of fear, anxiety, and overall self-loathing that doesn’t need to be happening in the first place.

How about not asking strangers questions about their relationships? It would be a better world for us all.

If you like this article, please share it! Your clicks keep us alive!
Tags
LGBTQIA
Relationships
queer
dating
sexism
strangers