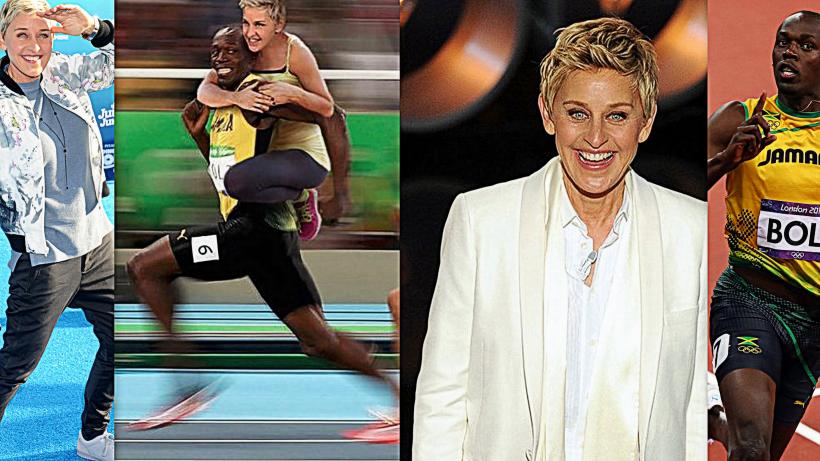 A recent tweet from Ellen DeGeneres has got the whole world talking for all the wrong reasons.

She’s interviewed some of the most famous people of all time and is globally recognized as one of the funniest talk show hosts around.

But a recent tweet from Ellen DeGeneres has got the whole world talking for all the wrong reasons.

Following Usain Bolt’s win in the men’s 100 metre sprint semifinal at the Rio Olympics on Monday, the 58-year-old funny woman tweeted a Photoshopped image of herself piggybacking a ride from the world record breaking athlete, along with the caption: “This is how I’m running errands from now on.”

This is how I’m running errands from now on. #Rio2016 pic.twitter.com/gYPtG9T1ao

Within moments, the Internet went wild, labeling DeGeneres a racist and pointing out that the image of a white woman riding on the back of a Black man isn’t PC.

While many found the image funny and pointed out that it was referring to the speed of Bolt, not his race, and asked, “Would it be offensive if he was white?” several Twitter users pointed out the deeper problems of the image. “Idk,” one user's response began, “But since white ppl were never treated like beasts of burden in the New World, we'll never know, will we?”

Another Twitter user wrote, "If I ignored US history & current climate of police lynching us, this "joke" would be hilarious."

I am highly aware of the racism that exists in our country. It is the furthest thing from who I am.

Following the backlash, the Finding Dory star then explained, “I am highly aware of the racism that exists in our country. It is the furthest thing from who I am.”

But still, many were not having a bar of it.

As for Bolt, who was a guest on The Ellen Show last year, he seemed to appreciate the image, retweeting it on his account shortly after seeing it, sharing it with his 4.23 million followers.

An Etiquette Guide To Unfriending Someone On Social Media
Katy Hall