If Your Partner Isn't Obsessed With You, What's The Point? 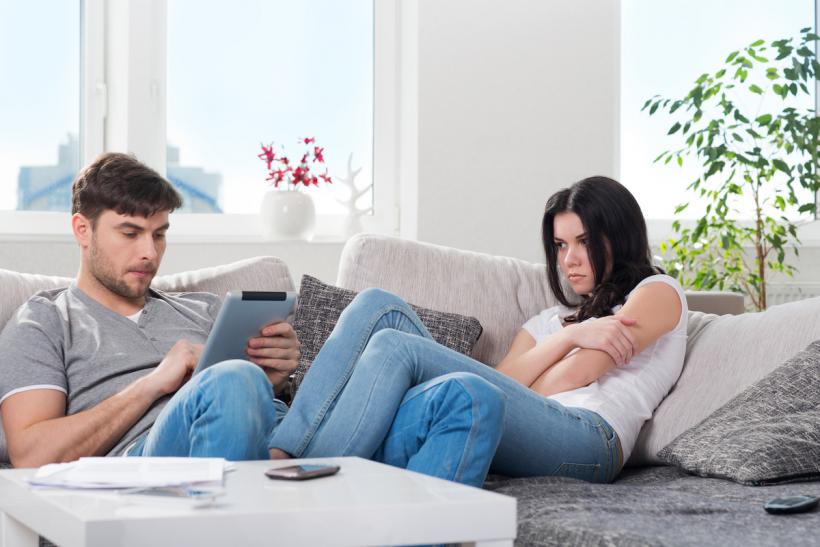 Being with someone, who constantly makes you question whether or not they care about you, is a time suck.

“Maybe he’s just not a big texter,” my friend said to me over lunch in the East Village. She looked to me, doe-eyed and needing reassurance about the guy she’s seeing. “He is just really busy with work. He told me he has crazy hours.”

I’m not good at reassurance. “If he can’t even be bothered to text you back, he’s not that into you.”

This was obviously not what she wanted to hear, but the guy she’s seeing only texts her back every few days. A guy who’s really into you is always responding to you. If he wants to make it happen, he makes it happen.

The same goes for women, as well. We make the effort when we give a shit and then spend the rest of the time worrying about you. If you really like someone, you make an effort. As you should.

So, why are so many of us settling for this half-baked love?

All of this lukewarm bullshit is fucked. If someone wants to be with you they should be obsessed with you. This person should not be telling you not to tag them in photos (so people can't see you're together), not texting you for days on end (and not caring if it upsets you), always making you come to his or her neighborhood because he or she doesn’t want to travel. A person who does this is NOT worth your time.

The person you're meant to be with will be OBSESSED with you. If your partner isn’t obsessed with you, what’s the point?

Being single is better than settling.

Hell, being single is a lot better than settling for some asshole, because you’re terrified of being alone. So many of the people we date are sub-par, because we figure anything is better than nothing at all. This is completely inaccurate. Being with someone, who constantly makes you question whether or not they care about you, is a time suck. Sure, all couples fight, but if your main argument is you being mad because your partner doesn’t care enough, fuck that person.

If he or she is the right partner for you, these questions don’t exist. Your partner will be OBSESSED with you. You won’t need to question his or her love because they will give it to you, constantly and in the way you need.

You don’t need a boyfriend or girlfriend to be happy.

At the end of the day, trying to be in a relationship for the sake of finding this elusive “happiness” is total bullshit. You can’t rely on someone else to make you happy. You have to make your damn self happy.

Without internalizing self-love, you can’t recognize the qualities you want and need in another person; you don’t know what real love looks like. Before you go out trying to find a Band-Aid for your loneliness, maybe try learning to be alone. Being in a stable relationship doesn’t mean having someone to hold you up, it means having someone to grow with you. Get your priorities in order.

The right person is out there, so stop being an idiot.

I’ve been giving advice for a very long time. People only ask for advice when they already know the answer and want to hear something different. When one of my girlfriends is complaining about a new guy they’re dating, it’s usually because they’ve projected a fantasy upon this person and their standards aren’t being met.

You need to have real expectations for the person you’re dating, not the one you WANT to be dating.

Stop complaining, recognize this person isn’t giving you want you want and WON’T give you what you want. You can’t make a person be right for you just because you want it to be right. That’s not how love works.

If he or she is the right partner for you, these questions don’t exist. Your partner will be OBSESSED with you. You won’t need to question his or her love because they will give it to you, constantly and in the way you need. Anything less isn’t worth having; any love that doesn’t leave you happy and content is not worth having.

I guess it really takes being in a relationship that makes you feel worthy to show you what you’re worthy of. It’s so easy to get wrapped up in the idea of finding a “person” that you end up settling for the wrong person. It sounds cliché and corny, but a person who is meant for you IS out there and that person is the only person worth investing your time and energy into.

In the meantime, chill the fuck out.

If you like this article, please share it! Your clicks keep us alive!
Tags
Relationships
Love
Sex
infatuation
obsession
settling
advice