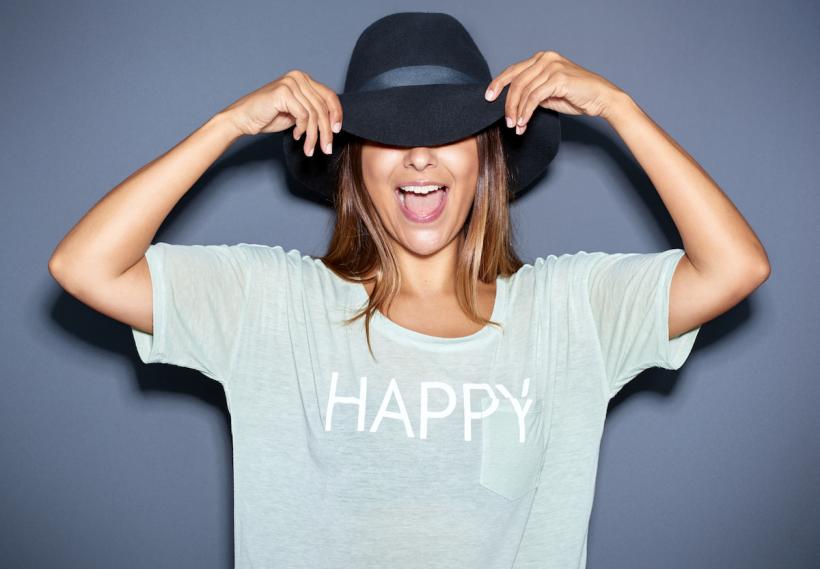 You know what I love as much as, if not more than, vibrators? Vibrating gloves.

Sex-related health advances, toys, and tech have come a long way from one-size-fits-all-condoms or vibrators that are just varying degrees of the same vibrating stick. NOT ANYMORE.

The sex-toy industry has really upped the ante. I’m the first person who is going to tell you when something bomb has happened in the sex industry — so, LISTEN UP. There have been some seriously amazeballs inventions over the last few years that have REVOLUTIONIZED the sex toy/sexual health industry... and sex itself, for that matter.

I've compiled a list of personal favorites, just for you! Buy all of these things immediately.

These new condoms from Lelo are truly the next wave in condom technology. They literally do not break. Trust me, I tried. I stretched one over my entire arm to see if it would break. I poked it with needles! Nothing.

The honeycomb shape helps keep the latex super strong, while also allowing the condoms to stay relatively thin. Charlie Sheen is the spokesperson, which is either brilliant marketing or totally insane, I can’t tell. If you’re going to have sex, you should be using condoms. Those condoms should be HEX.

In a world full of many a mystery ingredient, I choose to treat my vagina like a true hipster: organic only. Luckily, there are great organic lube options. My favorite is Jimmy Jane’s Personal Moisturizer Gel. Babeland also makes a rather good, thick lube I enjoy.

When it comes to putting things in and around my vagina, I get pretty particular (except with dicks, hehe). I’m not trying to put something sketchy all up in my hoo-ha. Have you read the labels on KY? They freak me out. If you’re going to only eat organic vegetables, you should probably only have sex with organic lube.

Also, Eva had the highest-grossing Kickstarter for a sex toy EVER. I’m legitimately obsessed with it. It has changed the way I have sex.

True story: I once bought flavored lube from one of those really seedy sex shops in the West Village to see what it was like. It was “chocolate” flavored and tasted like dirt. It was fucking gross.

It then gave me a yeast infection and I wanted to die. Have you ever forced your freshman-year roommate to buy you Monistat from the Duane Reade because your vag was so itchy you couldn’t stand it? It sucks.

Luckily, flavored lube has come a long way since I was 18 and an idiot. In fact, it’s quite delicious and makes giving blow jobs a hell of a lot more palatable and fun (no vag-action though, everyone). I’m a big fan of Good Head’s mystic mint (I swear, I must drive half their website’s traffic at this point) and Babeland’s chocolate orange.

Wanna be a badass? Get a tin especially for your condom stash. Lovability condom tins are now doubling as my earrings holder in my purse. Mostly because they are so fucking COOL. These feminist tins are empowering and chic.

If you’re going to have a ONS/hookup/whatever and want to look like a real ballbuster, pull out a condom tin that says, “Talk feminist to me, baby.” Ugh. Ice queen. Obsessed.

Most women need clitoral stimulation to have an orgasm and vibrators are the holy grail for clit stim. You can stick these vibrating finger pods right on your partner’s hands or your hands and BOOM, they become vibrators. What a delight.

I don’t know why, but I can’t find an actual high-end tongue vibe. Apparently no one wants a nice-ass tongue vibe and IDK why.

Listen, if you have a sensitive vagina that tends to act up when you do anything unconventional to it, stay away from this one.

I was very into it and had a VERY intense orgasm when I gave it a whirl. Just be sure to run into the bathroom and rinse that shit off immediately after sex. Otherwise, burning. *shudders*

If you like this article, please share it! Your clicks keep us alive!
Tags
Sex
toys
condoms
HEX
Eva
Vibrators
Innovation