I've Been Harassed Again And Again. Being A 'Good Girl' Stops Me From Calling It Out. 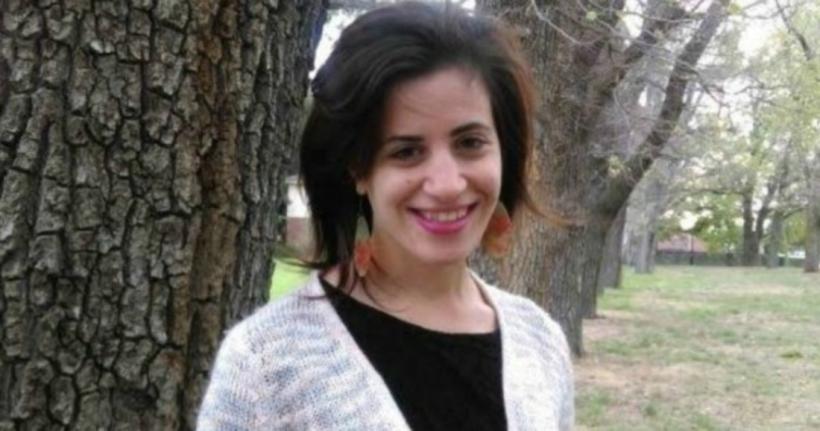 In reality, being a ‘good girl’ does not make the world any safer for women.

The views expressed are the author’s own and do not reflect the views of current or former workplaces.

I was born into a Middle Eastern family. My parents were typically protective, raising my sisters and me to be polite, truthful, smart, respectful women. To be ‘good’ girls.

This has largely worked in my favor. It is one of the first things people notice and remark to my mum about. How well behaved and respectful we are. How much we put others at ease.

I use my politeness a lot in professional settings, in the ways I converse with my clients and superiors; empathizing with their needs; trying not to raise my voice even when they are being aggressive or unwilling to listen.

But sometimes as a woman, being polite doesn’t work so well. Sometimes, the need to be polite can fail you. Even worse, it can put you in very dangerous situations.

I was 18 when I first experienced sexual harassment at work. It was my very first ‘real’ job, having spent years helping out at my parents’ shop. I distinctly remember how excited I was to finally gain ‘independence.’ When I told my parents, they worried about my safety, especially around people they didn’t know. But eventually they accepted it, their fears alleviated by the fact I only worked five minutes away from their shop.

He was in his mid-late 20s; a typically slick, wordy sales agent. I did not like the way he looked at me. Once or twice, I caught him leering as I leaned over to pick something, and it made me feel incredibly unsafe. I started wearing singlets [tank tops] under my tops and longer skirts and pants to make sure that nothing could be seen, but still, the gaze lingered.

One night, I was left to close the agency alone. He came inside, and I tried my best to ignore him. Out of nowhere, he grabbed me, pushing himself onto me, trying to force me to dance with him. I was shocked, repeatedly telling him to stop, but he wouldn’t listen. I had to physically put a bin between us until he finally relented and let me go.

I felt disgusted, ashamed, shamed. Yet I wasn’t sure whether what I had experienced ‘justified’ claiming harassment against him.

I wasn’t sure if I was overreacting. I was only new to the team, I told myself; who would believe my word over his?

There’s always a voice inside us that tells us when we are being harmed or are in harm’s way. I somehow gained the courage to listen to that voice and asked a trusted colleague whether I should say something. Luckily, she said I should.

But instead of lodging a complaint, I shied away and asked my director to just ‘have a word.’ The ‘good girl’ brigade was out in force.

Despite this olive branch, he became hostile to me, reacting angrily whenever he caught sight of me.

When I finally confronted him, I was still unwaveringly polite, respectful, appealing to his male ego.

His aggression waned, but he still did not see his actions as wrong, and warned me that a pretty girl like me should expect this ‘attention.’

I’ve lost count of the times I have been harassed; on the street, at night and in broad daylight; at work, both in a voluntary and professional capacity – nowhere is or feels completely safe. Despite and in spite of my precautions, eyes and hands of men follow me, up escalators and down the street, forcibly trying to touch and grind against me at opportune times on crowded trains, bumping into me ‘accidentally’ in venues, always stroking my body along the way.

In my sickest moments, supposedly in the safe hands of health care professionals, I have had a chiro compare helping me undress to ‘unwrapping a gift’; a physio make sexual innuendos about the stockings I had to slip out of for treatment.

Again, despite the shame, I remained polite, paying the receptionist for a transaction that left me sick to the core.

We like to think of the workplace as a space where we somehow separate our personal and professional selves, and magically do away with the social conditioning that has made us who we are.

Each time, I get angry and then brush it off, reminding myself that ‘not all men are like that.’ I make excuses for my politeness, saying I was just too sick or caught unaware.

Each time I do this, I am apologizing for the offense and discomfort I might cause others, and neglecting to respond to my own.

More than 10 years later, I am confronted with another incident of sexual harassment at work. This time, the harasser was an older man I’d never met before who’d overheard a personal conversation I’d had with a male colleague. He caught the same lift back into the office with me, asking increasingly penetrating questions.

I tried my best to deflect and obscure, but he refused to take no for an answer; the ordeal culminating in him forcibly holding the lift doors wide open while I was stuck alone inside, still smiling as he demanded I answer his questions before he got off.

Instead, what do I do? I smile back and Answer His Questions. Because that is what good girls are raised to do.

I put myself in harm’s way, apologizing for the offense and discomfort I might cause others, and neglecting to respond to my own.

I went back to my desk, fuming. There were no women around I could speak to; only male colleagues. I tried to explain to them what happened. Like me, they too made excuses for the man's behavior, only baulking at the moment where he held the lift doors open.

We talked about everything but whether I was actually okay, or whether I should lodge an incident with HR.

So I didn't, until a few days later I told my (female) work manager during our regular catch-up.

She saw what had happened for what it was: harassment.

Until recently, my mum had never heard these stories. Neither have most of my friends. Because the impalpable shame of feeling harassed is so deafening in its silence. We carry it as if it is our fault. We don't want to ‘rock the boat.’

We want to be the ‘good girl.’ And if we happen to be from the Middle East, being ‘good’ is so often conflated with notions of a woman's ‘purity’ and family ‘honor’ that it makes it so hard to speak out when we need help the most.

I don't want to be afraid anymore of the consequence that speaking up could have on my career; afraid of my mum and dad finding out that their girl isn't safe, even five minutes away.

Because in reality, being a ‘good girl’ does not make the world any safer for women.

I share my story to highlight how statistics on harassment and violence against women can only ever reflect the stories that are told. And until women like me feel supported and truly encouraged to share our stories, without shame or fear of being labeled or dismissed, these statistics will always under-represent reality.

We like to think of the workplace as a space where we somehow separate our personal and professional selves, and magically do away with the social conditioning that has made us who we are. But if sharing my story can demonstrate one thing, it is to show that the professional space will always be a microcosm of the social standards we set [for] ourselves, and as long as we adopt gendered approaches to a man and woman's role in society/relationship to each other, harassment will always find a ready home.

Because in reality, harassment hurts both men and women.

Harassment can and does happen to both men and women, and its impact can be devastating. Harassment has made me more cautious and sensitive to the comments of male colleagues, because even the most innocent of jokes have often led to harassment. It is not always easy to explain why I act or react in a certain way, and I've had to work hard to make sure that my work and personal relationships with men are not adversely impacted by my experiences.

While it is often difficult to draw the line between office banter and harassment, from my experience this can be readily dealt with by having open and transparent discussions within the team early on, so that collectively it is understood what will and won't be tolerated, and so that everyone feels safe enough to call it out if and when harassment does happen.

Because in reality, if we don't stand up and speak up for ourselves, who will?

I share my story to challenge you to examine your own behavior; to invite you to consider your words and their potential impact; to discuss and agree with your team what behavior is ‘acceptable’ and what isn't; to listen to that little voice inside of you, and have courage to speak up and stand up when you feel that you or someone around you is in harm's way.

I've Been Harassed Again And Again. Being A 'Good Girl' Stops Me From Calling It Out.
Farah Beaini