The Police Shot And Killed My Friend Aaron 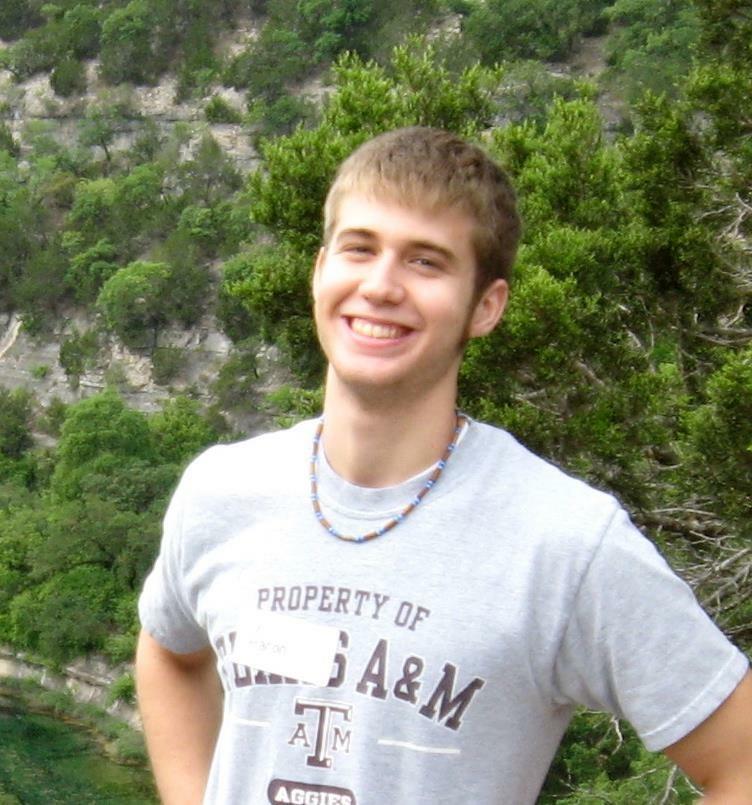 It was a cool February afternoon in an upper-middle-class suburb of Houston. My friend, Aaron, was having a difficult time gathering his composure.

Aaron was 19 years old. He had been diagnosed with a form of autism, as well as mental illness.

Aaron's parents, who gave their neuroatypical son vast support and courageous care, were at a loss for how to help him in this vulnerable moment.

They never feared Aaron would hurt others. It wasn't in Aaron's nature, even at his worst. However, his parents were afraid that he was too agitated to calm down without help and might injure himself.

She asked specifically for the Crisis Intervention Team, a specialized police unit trained to help people who are in the midst of a psychotic event peacefully de-escalate high-tension situations.

Everyone involved believed calling the Crisis Intervention Team was the best way to get Aaron to a mental hospital for treatment that he desperately needed.

A rookie cop arrived at their home, alone and completely untrained in Crisis Intervention.

Aaron became even more agitated by the officer's presence. The officer got spooked when Aaron tried to push past him to get outside — and unloaded five rounds at point blank range into my friend's body.

Aaron's father witnessed the shooting, and tried to stop the bleeding, but it was too late.  Aaron was pronounced dead a short time later.

The police department never admitted to any wrongdoing.

They buried Aaron's family in red tape, sound bites, and denials, and circled their wagons to protect their own.

So, when I read about officers shooting children, people of color, people with mental illness, their caretakers, or anyone who is "other," I can't stop the tears. I held Aaron's mama in the months following his murder. (And, yes, it was murder. It was death without cause.)

She let me into her very intimate grieving process.

I mourned with her and with Aaron's father and brother, and spoke at his funeral. I called his local college to de-enroll him from his classes; I closed his bank accounts. I brushed my fingers over the plaster patches that covered the bullet holes in the foyer wall and felt the injustice and wild despair burn deep into my bones.

It's no longer about a “few bad apples” — it's about the rotten system.

Aaron was not his autism or mental illness. Aaron was a mystic, a young man who wanted desperately to understand love and community and connection. He was brilliant and wise, and when he smiled, everyone else lit up, too. We couldn't help it. His spark was contagious.

The people who took an oath to serve and protect my friend stole his bright life in a fit of adrenaline and unfounded fear instead.

And the only people who paid the price for Aaron's death were his family and friends.

This must stop. Police should never be above the law they have sworn to uphold. There can be no more hiding, conspiring, obstructing, or delaying swift justice for officers who do not act according to their training or department protocol.

I know there are good cops out there. I've met them. I know they exist. But they exist in a cancerous legal system. Until our legal system undergoes a profound shift, the cancer will continue to consume us all.

It's no longer about a “few bad apples” — it's about the rotten system.

For those of you who have been harmed by police violence, who have lost loved ones at the hands of our sworn protectors, I BELIEVE YOU.

Black friends, I believe you.

Friends of color, I believe you.

Autistic friends, I believe you.

Friends with mental illness, I believe you.

Anyone who is Other, I believe you.

I'm a mother now. I hold my young son every single night, grateful to be his mom. I worry for him because he is atypical in different ways. What if he has an allergic reaction one day and he reaches for his epi-pen in the presence of a cortisol-infused cop? What if the officer acts on pure instinct and takes my boy's life, too?

Because my son is Other, and Others will never be safe while racism, bigotry, and fear run rampant in our legal system.

I often think about Aaron's mom. How she will never hold her son again. How his atypical mental function cost him his life. How his mama's arms ache to hold him, and will always miss the weight of him. He lived a beautiful life, and it was a truly terrible way to die.

We can do better.

We must do better.