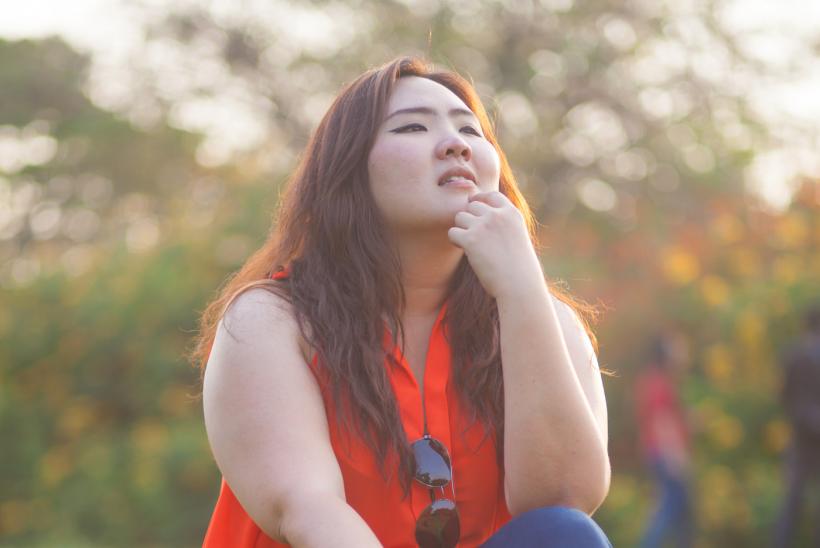 All I wanted was to access healthcare without more strange men telling me what to do with my body.

I don’t know that I’ve ever really trusted doctors.

My mother, a nurse as long as I’ve known her, tried to teach me to advocate for myself. She told me to ask questions, to do my own research, to know what I was getting myself into, and to remember that those men — because they were always men — were not omnipotent gods, but fallible humans just like her, just like me, just like you. They just happened to also be the gatekeepers of adequate health.

My interactions with these men have done little to improve upon those early impressions.

"We don't know if you have PCOS because you're obese, or if the fat is caused by the PCOS," the doctor said after my first gynecological exam at age 14.

The “we” included both him and the med student he foisted upon me while in stirrups for the first time in my life. I was terrified, a virgin by any definition of the word, and mortified of my 5’8” 160 pound, size 14 body. And I had some disorder whose name I couldn’t even remember five minutes later. He wrote out a prescription for birth control and handed it to me. "Come back when you want to have babies!"

I didn’t go back.

When my mother finally managed to secure me an appointment with a GP at the clinic attached to the hospital where she works, it had been a decade since I’d had a doctor I could call my own. I was 29 years old and I weighed 260 pounds — this after dropping almost 100 and gaining a quarter of it back. “Have you ever thought about losing weight?” he asks me.

I almost choke on a half laugh / half cry but then remember that I needed to spread my knees for this man too, so instead I just sigh and turn a bit deeper inside myself.

"Have you tried Metformin?" my therapist asked five years later, always somehow bringing the conversation back to my body.

I explained to him how sick it made me when my family doctor first prescribed it at 17, when I actually got around to researching Polycystic Ovary Syndrome and went in to ask for the insulin-controlling weight-loss drug. I learned about my body from the internet and by the time I was done, I knew more about my condition than both the men whose job it was to provide me with medical care. And I was so desperate then to be thin.

Eventually I stopped wanting to be thin. All I wanted was to access healthcare without more strange men telling me what to do with my body.

The Metformin was the first of many attempts, some of which “worked” to drop pounds, all of which made my mental health suffer. I was willing to go to hell and back, so long as I returned svelte. But over time, as I learned how dangerous it can be to be beautiful, as my weight fluctuated and I saw what it meant to be conventionally attractive to strange men, my focus shifted. Eventually I stopped wanting to be thin. All I wanted was to access healthcare without more strange men telling me what to do with my body.

"Think about it," my therapist says, asking me about Metformin for the second time in as many months.

All I ever do is think about it.

I don't want the children that PCOS prevents me from conceiving. I don’t want to care about a wildly variable number on a scale. My period comes every month now, like clockwork, without any need for hormonal intervention. Sometimes I wonder, did I even have PCOS to begin with?

The collection of symptoms that define PCOS read like a roadmap to not meeting the expectations of womanhood: fat, hairy, pimply, and infertile. It is estimated to impact anywhere from 2% to 20% of women age 18-44, depending on how the disorder is defined, which is difficult since we don’t yet know what it is, what causes it, or how to cure it.

I can understand why many who live with this disorder see it as an obstacle to be conquered, a struggle they must deal with everyday. Some are afflicted with incredible pain — pain that we know the medical profession doesn’t take seriously. Some people with PCOS want nothing more than to give birth. Some want the pounds gone and the hair removed.

But for me, the extra calories I store on my hips, the dark hair that graces my legs and pits and belly and chin, the inability to conceive children I have no desire to birth — these aren’t problems that need fixing. When I step into a doctor’s office, seeking relief from the same sciatica that my beanpole father has lived with all his life, or in need of help dealing with the crippling anxiety that makes me afraid to leave my house some days, I don’t want to talk about the symptoms of my syndrome.

Trust me to tell you what the problem is — and I’m telling you, PCOS isn’t it.

If you like this article, please share it! Your clicks keep us alive!
Tags
PCOS
fatphobia
anxiety
health
wellness
healthcare
sexism

Finding And Losing The Pagan Community Through Activism
Bex vanKoot