Finding And Losing The Pagan Community Through Activism 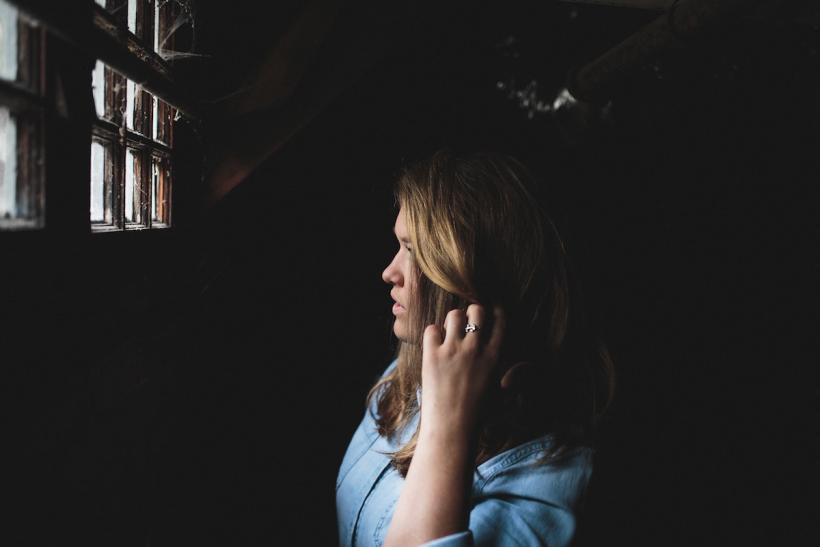 I wasn’t always a witch. Or a feminist. I lived a sheltered life as a child. We weren’t rich by any means. My parents struggled, sacrificed, and worked long hours to give us the things they never had. I took swimming lessons and learned to play violin, was a Girl Guide, and joined summer sports teams. But we lived in a small town and then a farm, a place that felt far away from the harsh realities of war and famine. No matter how many times my parents told me, “Life isn’t fair!” I never stopped believing that it should be.

I was 14 years old and on an overnight trip to Toronto with the school’s gifted program the first time that I came face-to-face with homelessness and poverty. It shocked me, it broke me down. When I came home, I sobbed for days about the unfairness of it all. I was wracked with guilt. How could I have so much while others had so little?

Paganism answered so many of my questions. Why can't God be a woman? What place do sexuality and body positivity have in spirituality? What can I do to make things better?

My parents took it as a sign that we should go back to church. I joined the parish outreach program, and for two years I tried to find ways to give back to my community through Christian worship and service. Our pastor was a kind man, young and bright. He taught me Buddhist meditation techniques, and took my philosophical questions seriously. But it wasn't enough. I cried at every Good Friday service, while my parents tried to console me, as if a story on Sunday about the everlasting nature of the soul could make up for the fact that almost 2000 years later, we continued to repeat the same mistakes. I felt like a hypocrite who had nowhere else to go.

At 16, I saw The Craft. I used to be embarrassed to admit that this movie was my first step on a pagan path, but those days are gone. Paganism answered so many of my questions. Why can't God be a woman? What place do sexuality and body positivity have in spirituality? What can I do to make things better? It was a lonely path, but I felt like I had found a home, a religion that could both heal and inspire.

In my first year of university I had the incredible luck of stumbling onto a free workshop on campus, co-hosted by the pagan and environmental clubs. In it, well-known goddess-worshipping author Starhawk taught about the “Reclaiming” tradition of magic and its place in activism. Performing magic in a group, with someone I idolized, with a shared purpose, shared dreams for a better world — I was forever changed. Pagan club became the center around which my weeks revolved. Together, my new friends and I started to explore what it meant to have power, and how to use it.

It was ecstatic. It was revelatory. For most of a decade, it was me.

Activism and magic have this in common. Privilege, whether we want it or not, whether we recognize it or not, gives us power. Magic taught me that power comes with responsibility. Like privilege, magic taught me that ignoring my power didn’t diminish it, rather it simply robbed me of control of it. Like privilege, refusing to use my power purposefully merely put it into the hands of those who wanted it more than I… and that rarely ended well. Like privilege, I learned that with magic carefully wielded, I could make waves that reached far beyond myself, but that well-organized, shared power could do so much more.

Whether University pagan clubs are inherently incohesive, or if it was just the nature of our disjointed, drunken membership, the magic we made together was just a taste of the possible. At 21, when I moved back to the small city near to where I grew up, I was shocked to find not one, but several thriving pagan groups, each with their own vibe and purpose. I fell in with the celebratory bunch, and I fell hard. We drank, and we took drugs. We wore costumes and played out ancient myths. We drummed and danced around massive bonfires until our legs ached and our palms burned and the sun finally came up. It was ecstatic. It was revelatory. For most of a decade, it was me.

I thought that friendship and spiritual community was about never having to worry what other people thought of me, about feeling free and unencumbered, like I could do no wrong. But sometimes, some of us should be encumbered.

Nearly three years ago, I was sexually assaulted at a pagan festival specifically designed to encourage sexual freedom, a festival organized around raising money for sexual assault survivors. I was scared and angry and confused; I didn't call it assault until months later. I moved to another country and my relationships “back home” were falling apart. Friends who had barely tolerated my objections when they tried to excuse racism and sexism by “hating everyone equally” stopped listening entirely to my social justice screeds.

These were my best friends, people I once expected to spend a lifetime with. They called me a man-hater, insisted that my inability to laugh at their racist jokes was a character flaw. They blamed me for not coming forward about my assault right away, said I had made the space unsafe by taking so long.

I’m not perfect. I’ve appropriated cultures and essentialized genders. For a very long time, I looked at the world through a lens of abuse. Calling myself a feminist, becoming sex- and body-positive, dedicating myself to anti-racism and anti-oppression work took so many years of unlearning and re-education. It wasn’t that I couldn’t do wrong, just that no one wanted to mention it. When I disclosed my assault, that long list of every abuse I had perpetuated finally came to good use: deflection. How could I call out assault when five years ago I bodyshamed a guy for having hairy manboobs? Besides, the man who tried to rape me had stopped drinking and was actually a really great dude.

These days I am supported by people who tell me when I do wrong, who challenge me to open my mind, and who support me to be both a better activist and a better witch.

Losing the only real spiritual family I’d ever known was devastating. It was worse than being assaulted… and one of the reasons I didn't tell anyone about the assault in the first place. But it opened my eyes to how stagnant those relationships had become. I learned so much about theatre and ritual and consciousness, but we weren’t trying to change the world, we were just trying to enjoy it. We told ourselves that the world was exactly as it should be and we should get the most out of it while it lasted.

I don’t believe the world is exactly as it should be, and it definitely isn’t exactly as it could be. But some things, I think, do happen for a reason. Relationships start, and relationships end. Hopefully somewhere in the middle, we learn something. The community I have now is small and widespread. We don't often gather. Our rituals lack the drama I loved so much. I do sometimes feel concerned about what other people think of me, if I’m doing enough, if I’m healing or hurting. But I don't worry about my screw ups being weaponized against me. These days I am supported by people who tell me when I do wrong, who challenge me to open my mind, and who support me to be both a better activist and a better witch. That is exactly how spirituality should be.

If you like this article, please share it! Your clicks keep us alive!
Tags
paganism
feminism
activism
religion
community
privilege
Politics

Finding And Losing The Pagan Community Through Activism
Bex vanKoot