Stop What You're Doing And Call Your Mother 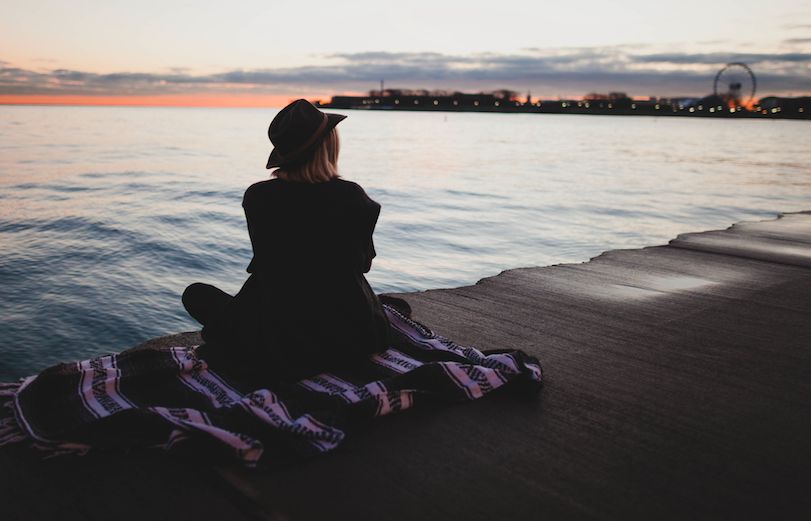 Value your mother, even when it's hard. (Image Credit: Unsplash)

Lacey Johnsonjoni edelman, RN
@the_daily_doll
joniboloney
thedailydolldotcom
joniboloney
SHARE
Thoughts of my mother often feel like the prick of a needle. Piercing, wincing — peeling my flesh and slowly letting the life pour out.
When I was six years old, I was told she had “gone to Heaven.” And, in the weeks that followed her sudden absence, my bedroom became my safe haven from the grief, the stares, and the unwarranted questions. Each day I positioned myself on the carpeted floor, clothing my Barbies one-by-one, and assuring myself that in 30 days or so, this would all be forgotten. “Time heals all wounds,” I overheard a man say at the funeral.
I held tightly to that.

But, 30 years later, I was curling over my desk — my tears greeting my computer keyboard one-by-one. I consoled myself in the same nurturing fashion a mother would, brushing away her child’s tears and saying, “Let it go, baby. It’s going to be okay. I’m always here.”

I glanced over at my favorite picture of her — the one with her glowing angelically in a blue sun dress while vacationing in Hawaii. It was taken a year before she died. I noticed traces of myself in her: the same arched eyebrows, the dimples, the long, slender neck, the dainty hands. I thought about how elusive she seemed — a ghostly figure so near, yet so unfamiliar.
The night prior, I had a dream which rendered me drunk with emotion for hours after awaking. I was standing in the middle of a large, open bedroom with white walls and windows adorned with flowing fabrics. I shut my eyes and felt the room begin to spin. There was a mighty energy swirling and rustling above, below and on either side of me — fully encompassing me. Then, from the deepest, rawest belly of my being, I screamed, “Mommaaaaaaaaaaaaa!”
And I screamed for her again. And again. And again.
The walls shook with my pain. The earth rumbled and quaked beneath my feet in response to it, as though it were rattled and terrified by the strength of it. In that moment, I felt every shred of grief I had ever experienced — all at once. I realized, then, that every bit of agony I had experienced since the age of six was contained within that shriek. It was a cry for her — a cry I did not know existed within me, but it was as real, as alive and as much a part of me as every bone, ligament and tendon holding my body together.

I was rattled awake suddenly — synergistically awed and terrified by the strength of my own pain.
The dream was complex and haunting. And as powerful as the emotions were, its message was quite simple: I needed her. I needed my mother to come back.
I did not have her and I would never again have her. There was no anti-depressant, no wise word from a counselor, no thought-provoking sermon, no pat on the back, no warm mug of tea, no token of comfort, no successful venture, no romantic gesture, and no amount of being told “I love you” by anyone else that would ever rewrite that fact.

It was a space nobody had the capacity to fill. It was nobody’s place but her place — a hollow longing carved out exclusively for the hope and preparation of her return.

I wanted her more than I wanted to be an affluent author. I wanted her more than I wanted romantic love. I wanted her more than I wanted to someday become a mother myself, in fact. It was the single most cavernous source of pain in my life. It was the thing. It was my thing. It was my “why.”
I had longed for my mother to loom outside of a department store dressing room and complain about how much time I wasted trying on clothes. I wanted my phone to glow with evidence of my intrusive mother, provoking me to turn with rolling eyes to my girlfriends and say, “Ugh. My mom is getting on my nerves today.”
I wanted her to stalk my Facebook page — to question me about my revealing wardrobe choices or inappropriate posts. I wanted to be nagged by her. I wanted to be lectured by her. I would have given anything to see her finger pointing in my face in anger.
I would never have the experience of her scratching my head until I fell asleep, fussing over me when I had a cold, or teaching me how to use a tampon. No amount of crying would give me the memory of her beaming face while being handed my college diploma. There was no pulling and tugging at me in my wedding dress; only a lit candle glowing in her honor. And no amount of longing would gift me with the hope of a future memory containing the image of her decorating the nursery in preparation for my first born baby.
And no one would ever understand why I walked through the world with a broken heart. How could that be when I had been blessed with so much love in my life? How could that be when I had been gifted a treasure of a step-mother — whom I also loved madly?
I’ll tell you why: Loving again is not a cure-all. It is not a blissfully-induced state of amnesia. It does not fill the gaping absence of what you knew, what you loved and what you lost.
I sort of view my mother the same way one would view a lover who abandoned them mysteriously and unapologetically, without a trace or valid explanation. And much of my career has been driven by my desire to reach her, as though I believed I could lure her back with the magnetic force of my greatness. I have long subscribed to the delusion that God would one day renegotiate and say, “Wow, that Lacey is doing so many marvelous and ground-breaking things. I can’t let her mother miss out on this. Patsy, I’m sending you back in your body, girl.”

I was certain that if I made my efforts explosive enough, extreme enough, weird enough and impactful enough,  my accomplishments would shoot like a rocket — departing from Earth, surpassing the clouds, and exploding like fireworks in the universe.

Perhaps they would land high enough to reach the realm of wherever she was. Then, I was sure — she could no longer ignore me. She would have to break her absence. She would have to show her face. She would have to return to say, “It’s going to be okay. I’m always here."
Truly, I was shooting for the stars.
But my love always felt unrequited, causing me to search for her tirelessly. Through the years, every time I heard her name, I could not resist glancing in that direction just to make sure.
There was never anything to see — only the unrelenting silent void. And there in my dream, I was screaming straight through it — my voice echoing through eternity, but still never reaching her. And fighting so vigorously — with every fragment of my existence — for the hope of someday mastering the art of reaching her. The hope of being divinely reunited; to then experience the incomparable bond of mother and daughter.
But that has and will forever be a fruitless venture.

So, reader, I ask that you honor me by satisfying this small favor: Stop what you’re doing and call your mother.

Call your mother. Because God knows I would move heaven and earth to call mine.
If you like this article, please share it! Your clicks keep us alive!
Tags
mother
Love
loss
family
death