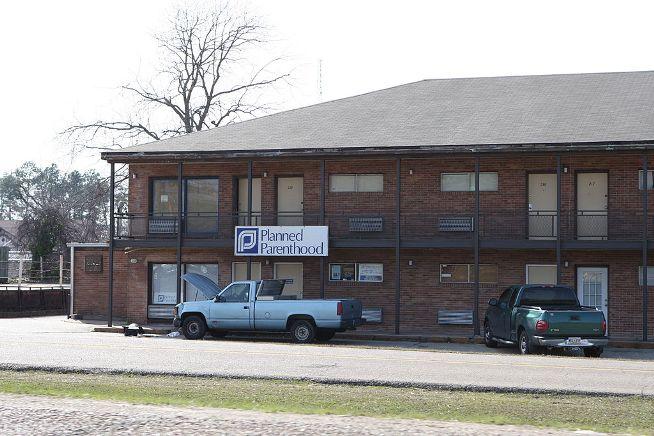 The Supreme Court has been asked to review a June 2015 ruling by the United States Court of Appeals for the Fifth Circuit, which upheld a law that would bolt the doors to 3/4 of the abortion clinics in Texas. This would leave the state’s women, in an area of 268,820 square miles, without ready access to abortion that was “safe and legal.”

What happens in Texas may not stay in Texas — a good reason for women across the United States to be concerned.

The Supreme Court has been asked to review a June 2015 ruling by the United States Court of Appeals for the Fifth Circuit, which upheld a law that would bolt the doors to 3/4 of the abortion clinics in Texas. This would leave the state’s women, in an area of 268,820 square miles, without ready access to abortion that was “safe and legal.”

In 1973, the U.S. Supreme Court decided in Roe v. Wade that women have the “constitutional” right, guaranteed by the 14th Amendment, to determine the course of a pregnancy.

In a move to “supposedly” insure the highest possible health standards for women, Texas passed House Bill 2 (HB2) that requires doctors to have admitting privileges at a local hospital within 30 miles from the facility where they are performing abortions. In addition, the law outlined protocols that would require clinic standards to be commensurate with that of an “ambulatory surgical center.”

The Court will be hearing oral arguments for the case, Whole Women’s Health v. Cole, in March. The Center for Reproductive Rights will be representing Whole Women’s Health. Amicus curiae briefs have been filed to embody a continuum of voices — from the Republican Majority for Choice (12/31/15) to the Institute for Women’s Policy Research (1/4/16). The 45 amicus briefs encompass those from the fields of medicine, law, religion, the military, and economics. Government is represented by 39 Senators and 124 Representatives. The goal is to bring the personal stories of women to the fore (one in three women has had an abortion), and contextualize how this law is placing an “undue burden” on women.

What will that means for the 5.4 million women in Texas of reproductive age who need an abortion? Presently, average wait times have grown from five days (pre-HB2) to as long as 20 days. This leads to a potential increase in second trimester abortions.

Who are the women who will be the most severely affected? Those who are poor, from underserved communities, and women of color.

The Texas Policy Evaluation Project has presented concerning findings in a November 2015 study they conducted. They learned that “between 100,000 and 240,000 women age 18-49 in Texas have ever tried to end a pregnancy on their own without medical assistance.”

The stated objectives of ensuring high health standards, as put forth by Texas lawmakers, has been challenged by The American Medical Association and the American College of Obstetricians and Gynecologists (both filed amicus briefs). They maintain the law makes access to abortion less safe and accessible.

Are these laws based on medical necessities or are they politically motivated versions of other anti-choice initiatives, like the over 250 new laws in 38 states that have been instituted since 2011?

The intent of the law can be surmised from a quote delivered by Republican State Rep. Jodie Laubenberg, who spearheaded the legislation. “I am so proud that Texas always takes the lead in trying to turn back what started with Roe v. Wade,” she stated. Editorial boards from USA Today to the New York Times have pointed to the motivations underlying the escalation of stringent restrictions. The Times referenced the Texas law as “an insulting ruse.”

The ruling of the Supreme Court will be closely watched by other states, particularly those that are waiting for a signal that it’s acceptable to move forward with restricting abortion access, despite what those in the medical field have termed “flawed pseudo-science.”

Economist Heidi Hartmann, president of the Institute for Women’s Policy Research, commented via email, “The status of women’s health in each state does not exist in a vacuum. Socioeconomic factors such as poverty and race, and policies that exacerbate inequalities in health care access and economic opportunity, all contribute to lower health status. Texas has consistently shown up on the bottom of state rankings for women’s status and HB2, if upheld, would be sure to keep them there.”

Davis qualified HB2 as a “sham law” designed to “sneak around the Constitution.” She pointed to the amicus briefs as helping to inform the justices of “the very real human stories, not abstract legalities.” González-Rojas described HB2 as a “perfect storm of barriers to prevent a woman from getting an abortion she may need,” comparing the process to “navigating a state-created obstacle course.”

Richards described the outcome of the Supreme Court’s ruling unequivocally. “The stakes in this case can not be overstated. The fundamental right for women to access safe and legal abortion is squarely before the [Supreme] Court.”

Perhaps Nancy Northrup, President and CEO of the Center for Reproductive Rights summed it up best when she brought home that women’s ability to control their reproductive lives is central to their ability to “participate fully in the economic, social and political life of the nation.”

It is beyond ironic that a woman’s right to choose will be facing scrutiny this year during Women’s History Month.

If you like this article, please share it! Your clicks keep us alive!
Tags
abortion
Planned Parenthood
Texas