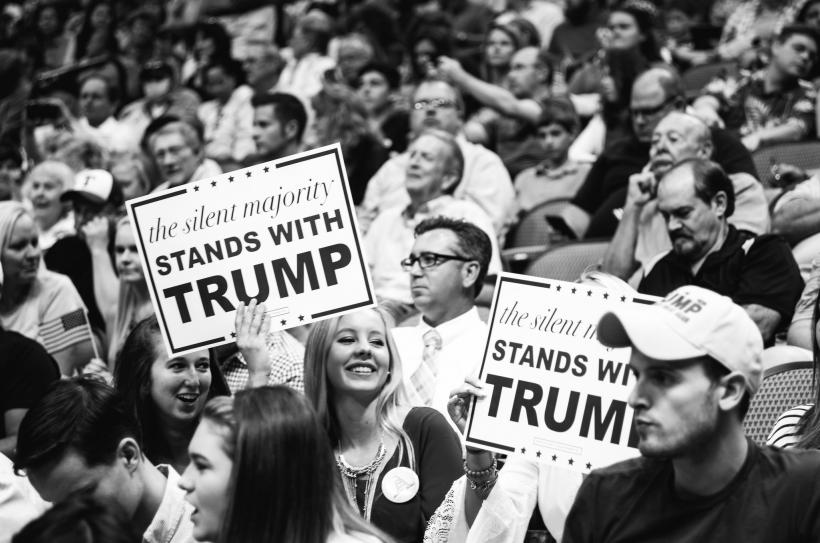 Donald Trump... Well, that man shakes me to my core. Actually, not HIM, per se, but the people who blindly follow him. Image: Jamelle Bouie.

I look at my daughter and become physically ill when I think about what her future would look like with Donald Trump as president.​

Today, I exercised the right that was granted to Black Americans with the passing of the 1965 Voting Rights Act by casting my vote. In Arizona we don’t call it a “primary,” but rather a “presidential preference” vote.

Now, if you read my previous article, it’s pretty easy to see that I am not for Frumpy Trumpy or Ted Snooze. Quite frankly, they both scare the ever-loving shit out of me — but for vastly different reasons.

See, the feminist in me says President Cruz would be the worst thing since Super Plus Tampons. His patriarchal, misogynistic, I know more about your vagina and reproductive parts than you do, so I can tell you what is good for it and what isn’t ideas send my uterus into a mad panic.

Because of Ted Snooze’s all-out war on women, my period simply stopped showing up for five months. It’s like it sensed a disturbance in the Force and went into hiding. I can almost picture it whispering to my ovaries: “Shhhh… If you don’t make a move, maybe he won’t know we’re here.”

All joking aside, though, Ted Snooze is one creepy (and scary) individual when it comes to his ideas on women and reproductive rights. That alone is enough to make me say NOPE. Throw in his “one Church to rule them all” dogma and I’m basically looking for my passport RIGHT NOW.

However, Donald Trump... Well, that man shakes me to my core. Actually, not him per se, but the people who blindly follow him. The out-and-out bigots who will call me “nigger” just as easily as they’d call their buddy “Bob.” The people who swear they're not bigots, but support him because believe in his promise of new jobs and deportations. These groups, Ravishers, are absolutely terrifying.

And while we’ve wanted to believe all along that they were long gone, or not in our towns, Donald Trump has done a hauntingly effective job of reminding us that no, they are not gone, and no, we really are not that far removed from the days of the Jim Crow south. Fire hoses and snapping dogs have been temporarily replaced with elbows to the face and young Black girls being shoved to the ground.

Now, some might ask, “Well, isn’t that better? Isn’t that progress?”

Let me ask you this: A man's beating his wife with a pipe. Someone comes along and says, “Hey man! You can’t hit your wife with that pipe — you’ll kill her!” So he stops and picks up a belt instead, and continues the beating.

Just because you’ve changed the tools used to divide and conquer doesn’t mean you’re not still dividing and conquering.

Donald Trump loves to say that he isn't telling people to be violent (that's a lie), he isn't encouraging or condoning violence (double lie), and certainly not instigating violence (pick up your tongue sir, for it has now fallen out for LYING).

But when I see images of young girls being shoved by grown men, silent protesters being dragged out of venues while having vile racial epithets hurled at them, and men being kicked and punched simply for taking a stand against bigotry, I have to scratch my head and wonder if we are closer to this: