What It Means When Someone Says They Need Space 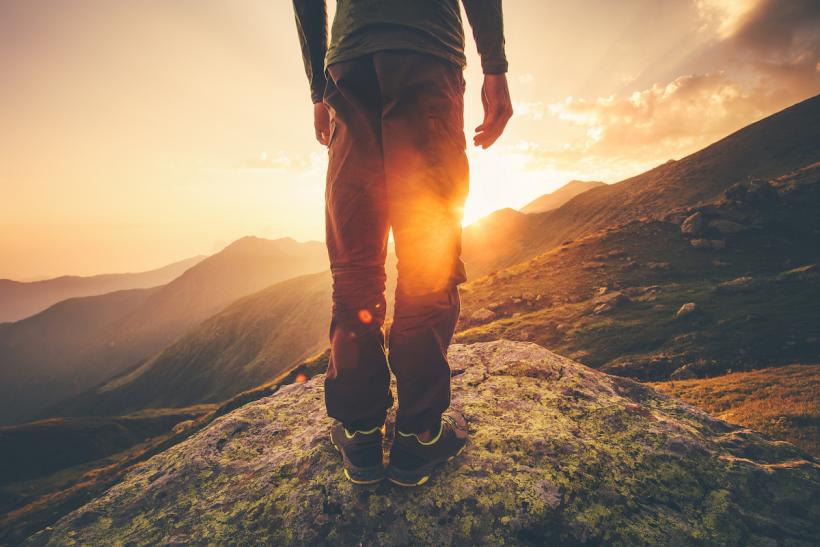 I recently told someone that I needed a little space, from her and the process we’re going through, as we get to know each other.

It’s been awhile since I’ve had consistent nights of quality sleep. I’ve had five hours here or a decent Saturday nap there. But melting into my sheets and drifting off with ease has eluded me. It’s difficult to sleep when my people are still dying in the streets with no provocation. It’s impossible to have peace knowing that for the next four years, this country will be run by a candidate whose entire platform was fueled by hate and loaded threats against anyone who doesn’t have pure white skin.

It’s a reality that isn’t lost on relationships. But it can be too much.

The pressure of having to discuss these feelings of helplessness and hopelessness and anger and sadness and disgust can be crushing. I recently told someone that I needed a little space, from her and the process we’re going through, as we get to know each other.

She didn’t understand why I was pulling away. It bothered her. I realized that this was an area many either misinterpret as something else or they don’t understand what it means to feel overpowered by credible fear.

Someone’s need for space doesn’t mean you did anything wrong.

When a person decides to retreat, the first assumption is it’s you. The natural inclination is to fix it or them. Stop! Unless you know you did something egregious to cause them to pull away, let them go through their process. For me, the timing was too much. We’re still getting to know each other. There are things I haven’t discussed about my coping skills and how I deal with my emotions. Rather than put everything on the table at once, I’ve chosen to gather myself. When I was able to wrangle in my emotions, it made communicating my thoughts more fluid and easier.

Space allows you time to decide how to articulate your needs, wants, and expectations.

Heated confrontations only further agitate conflict and then create unnecessary animosity later. The older I get, the less likely I am to argue with someone. For a long time, I also didn’t feel comfortable saying “hey, I need your attention today” or “can you support me by doing ____?” The idea of needing someone — even the person I give my heart to — has always been a scary concept. Being rejected by someone you love will crush your spirit. And if it happens once, you tend not to do it again.

Then one day, I decided to stop feeling bad about asking for what I want or need. Men need to own their value in terms of knowing that they deserve to have emotional and mental needs acknowledged and met in all relationships.

Sometimes, separation is required in order for growth.

People get involved in toxic relationships because they are wooed by chemistry. There’s a reason why there are thousands of songs attributing love to a drug. Scientifically, your brain chemically changes when you’re in love, just as it changes when you’re going through a heartbreak. We experience these highs of love because they feed our need to be desired and the intense need to be needed.

When you know someone needs you, you sacrifice pieces of yourself to support their wholeness. It’s almost as if the universe cruelly pairs these types of people together. Chemistry blocks you from realizing you have the choice to opt out though. So you find yourself sucked into a relationship that leaves you wilted while your partner flourishes.

Co-dependency allows one to centralize the relationship itself rather than what each individual adds to it — which is why it’s hard for some people to hear when they need to back off. Compassionate people are great at overindulging on others. In this particular situation, she paid a lot of attention to what I was going through, which meant she neglected herself. I wasn’t okay with that. I knew I couldn’t tend to her without taking care of myself. If we were going to even be able to maintain a friendship, I needed to put some distance before the element of early comfort of familiarity caused chaos.

As a man who’s still accepting the panic attacks and anxiety that sometimes occur, I understand that making my partner feel safe is all in how I present it. The best way to navigating how is without so much interference. To be honest, it’s helpful  to not have the worry of abandonment or insecurity looming over my head by taking the space to heal all of that on my own. Men may not readily admit it but we need breaks from the pressures of relationships in order to lick and heal our own wounds throughout life’s beatdowns. It makes us more complete humans capable of compassion and empathy, two things that are needed in order for any type of relationship to thrive.

Never be afraid to reclaim space as your own in situations. There's nothing wrong with letting someone miss you while you work on you. In truth, you’ll find that temporary detachment may be what saves a relationship.

What It Means When Someone Says They Need Space
James Woodruff