Why This Cis Girl In A Wheelchair Cares About Bathroom Bills 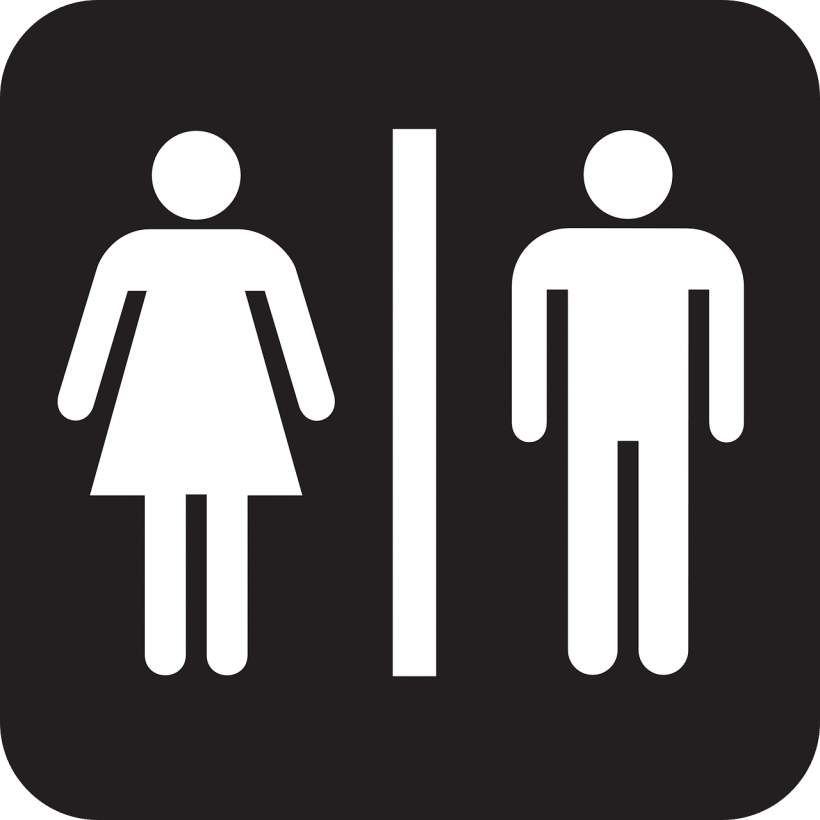 If I happened to drink one too many Icees, I was — quite literally — up shit creek without a paddle.

I remember hearing a few weeks ago about the North Carolina “bathroom bill” — just the latest in the series of seemingly-ubiquitous laws banning transgender and transsexual people from the bathroom of their choice.

I immediately thought, I have never once worried about peeing alongside a trans person. Surely no one else is, right?

Last week, a similar bill (with a host of other anti-LGBTQ regulations) arrived on the doorstep of my home state of Tennessee.

Within hours of its mention, memes and articles were popping up on my social media feeds. Some were obviously transphobic, but many were praising businesses offering gender-neutral spaces.

My heart instantly became twitterpated with excitement imagining ALL people could exercise their urinary rights in a safe and welcoming space. [Editor's note: HB 2412 ultimately failed to be passed.]

Although I may not be trans myself, I definitely have a vested interest in this issue. As a 33-year-old woman with a disability, I understand what it’s like to have limitations put on you by a little stick figure placard when you are at your most vulnerable — when your bowels and/or bladder are busting at the seams.

Not only could the appearance of more unisex and/or inclusive restrooms be a great solution for those targeted by the bathroom bill, but (on a purely selfish level) it would make my life a hell of a lot easier.

Aside from the concern of too-small stalls and sinks I can’t reach, public restrooms have always been my Achilles heel. I hate them with the passion of a thousand fiery suns.

When I was a teen, I would go to the movies and other events with my dad. If I happened to drink one too many Icees, I was — quite literally — up shit creek without a paddle. Unless we could find the rare unicorn that is the one-seater family restroom (which barely existed back then), there was no good option.

In lieu of driving me into a rage of teenage embarrassment by (GASP!) visiting the ladies' room with dad in toe, I would just opt to hold it… often for several hours, and much to the detriment of my bladder. At the time, I didn't feel comfortable going in a men's room, and it would be weird to see a 6-foot-tall bald cis man hanging around outside a women's room stall, right?

These bathroom bill crusaders and self-appointed “morality police” probably haven’t considered what a game-changer Ally-McBeal-style bathrooms could be for caregivers of elderly relatives, parents of young people, and adults who, due to intellectual or behavioral disabilities, need assistance in the bathroom.

The same struggle ties my stomach in knots today when my boyfriend and I are out for date night (or even just Saturday errands). On a semi-regular basis, we will cut plans short or go home because I can't locate a bathroom that will accommodate his assistance. You know how much you want to break the seal after a big dinner out or a cup of coffee or a couple bourbon and cokes? Yeah. I know my boyfriend is willing, but I hate that we constantly feel like we are breaking some social rule, and that he would repeatedly have to explain himself to people who see him inside.

It's frustrating, and even more so because I know I'm not alone in this awkward pee-pee waltz with propriety. Ask any cross-section of people with disabilities, and you will hear a choir of amens — and, likely, some amusing stories.

Inclusive restrooms could be a welcome respite for a huge population of people beyond just people like me and people who don't identify with the gender they were assigned at birth.

These bathroom bill crusaders and self-appointed “morality police” probably haven’t considered what a game-changer Ally-McBeal-style bathrooms could be for caregivers of elderly relatives, parents of young people, and adults who, due to intellectual or behavioral disabilities, need assistance in the bathroom.

Therefore, from a selfish standpoint (and out of love for my sanity and my bladder), I'm over-the-moon stoked that the trans community is sparking and fostering these conversations. I remain hopeful that clearer and more accepting minds will prevail.

If you like this article, please share it! Your clicks keep us alive!
Tags
ADA
wheelchair
accessibility
bathroom bill
Transgender
transphobia
disability