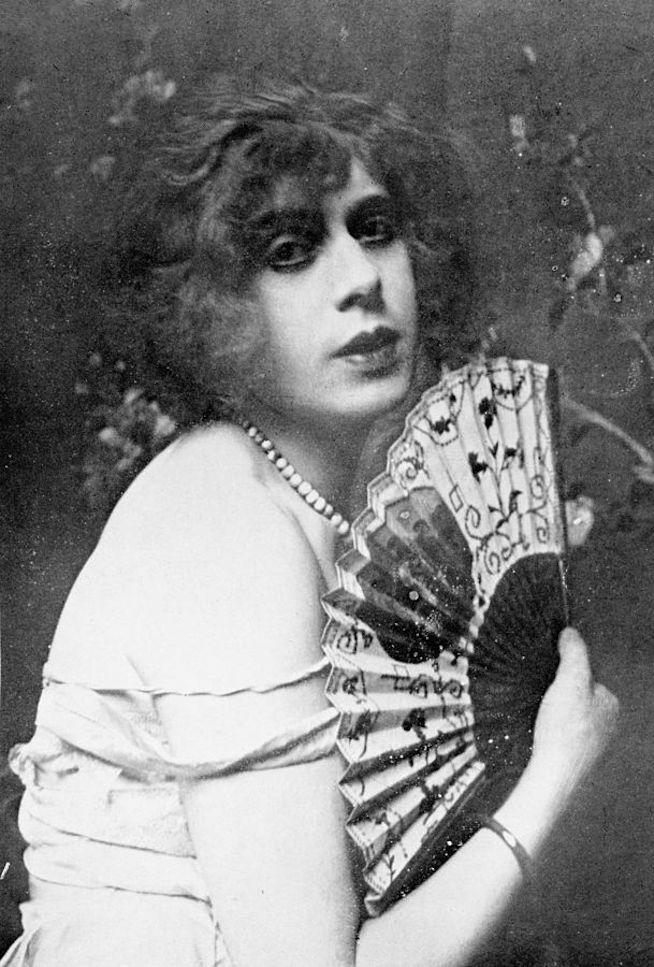 The fact is, that when it comes to films like Dallas Buyers Club, The Danish Girl, and About Ray — films that are designed to attract Oscar nominations and film festival buzz — it is always the “pre-transition” part of the story that is prioritized.

By now, almost everyone who follows news about trendy Hollywood films geared towards making that particular Oscar-worthy buzz have heard of the film The Danish Girl, a historical biopic based upon the life of Lili Elbe, one of the first recipients of gender confirmation surgery.

The film has already garnered a Screen Actor's Guild Award for Outstanding Performance by a Female Actor in a Supporting Role, along with a Critics’ Choice Movie Award for Best Supporting Actress. What people often forget when praising this film, however, is how it follows the film industry's disturbing trend of primarily casting cisgender men to play transgender women.

The converse is also true regarding the representation of transgender men, as illustrated by the new film About Ray, starring Elle Fanning in the role of Ray, a transgender man.

It can be easy to wonder what the big deal is — why we can’t just let good actors star in whatever roles they like? There are a few reasons why this is a big problem, and why it really cannot be ignored.

On the surface, it may seem reasonable or even wise to cast a cisgender actor in the role of a transgender character, particularly when the story being told revolves around or heavily features the character’s transition.

This would be the most logical reason behind casting Jared Leto as Rayon, a drug-addicted and HIV-positive trans woman, in the movie Dallas Buyers Club. After all, the film takes place in the 1980s, and hormone therapy was not as available back then as it is today (which is quite a statement considering how even now hormone therapy is still not always covered by health insurance companies).

That would be the most logical reason behind casting Eddie Redmayne in the role of Lili Elbe in The Danish Girl, which takes place in 1920’s Copenhagen and follows Lili’s story as she becomes one of the earliest known recipients of gender confirmation surgery.

After all, the story itself is about a trans woman’s journey through transition, and it would seem like a logical choice to cast an individual who was assigned male at birth in order to more accurately portray the aesthetics of a gender transition. The same goes for the film About Ray, with Elle Fanning playing a young trans man through his transition.

But, even though these seem like logical choices, the fact is that when it comes to films like Dallas Buyers Club, The Danish Girl, and About Ray — films that are designed to attract Oscar nominations and film festival buzz — it is always the “pre-transition” part of the story that is prioritized. Instead of putting cisgender actors in drag when portraying the character's post-transition life, it would be more respectful to cast transgender actors, and put them in drag for the character's pre-transition life.

Casting a cisgender woman in the role of a trans woman, for example, while still problematic due to the stark lack of transgender representation in Hollywood, would show that people telling these stories value the journey of transgender individuals, particularly the fact that a gender transition is the story of moving away from a former self — one determined by socio-cultural assignments of sex and gender from birth — and towards a life where one’s own identity is fully realized.

However, the problem with casting cisgender actors in transgender roles is that — regardless of the intention — it sends a message that culture and society still views assigned gender as more important than an individual’s personal identity, a message that is a very bitter pill to swallow when the films making these casting choices are often the most progressive in regards to the portrayal of transgender narratives.

The common response I see to these points is that there are very few transgender actors available with the star-power to carry films like these. This perspective reeks of the usual industry cowardice when it comes to minority representation of any kind; and whether that means green-lighting women-led films or nominating people of color during awards season, transgender representation is by no means the only area in which Hollywood fails to serve its viewers.

There have lately been more visible efforts to be inclusive of trans stories and actors, not the least of which can be seen in the shows Orange is the New Black and Sense8. Yet it continues to be very disheartening for a trans woman like me to see a show like Transparent be lauded for its progressive tone and writing despite its cisnormative casting.

In the end, the thing to take away from all of this is that when it comes to transgender representation in the media, yes, things are much better than they were; but that doesn’t mean things shouldn’t be even better, or that we don’t still have a long way to go.

If you like this article, please share it! Your clicks keep us alive!
Tags
the danish girl
About Ray
Dallas Buyers Club
Jared Leto
elle fanning
transgender representation in the media
Transgender