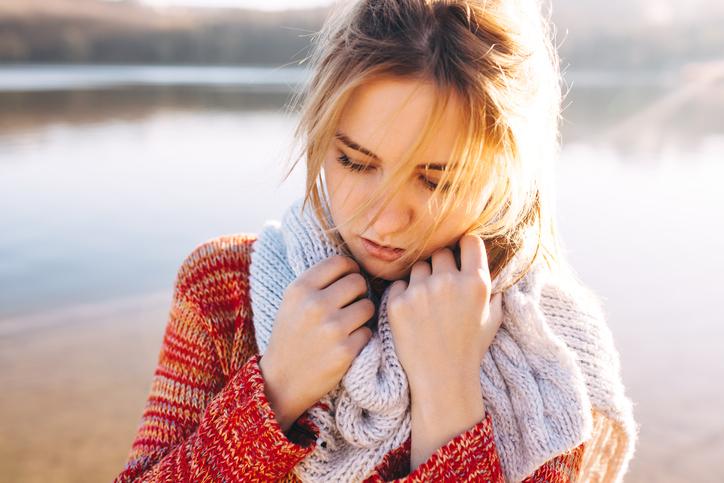 Be there for your friend, but be very careful what you say.

Whether this is news to you, seemingly irrelevant to you, or deeply personal to your experience, this truth remains that, statistically speaking, one in every four pregnancies will end in miscarriage. Some of you are vaguely familiar with this, many of you have suffered this loss yourselves, and the likelihood is high that almost all of you know someone who’s lost a child in utero, whether or not they’ve ever spoken publicly about it.

What may come as a surprise is that as common as miscarriages are, they can be no easier to bear than the loss of a loved one who spent a lifetime walking this earth. While there certainly exist mothers who may experience feelings of relief, most will instead find themselves swept up in a hurricane of grief they never knew their hearts could conjure up. Take note of these six things to never say to a mother in the throes of her grief.

You may feel this way, and it in fact may be true; but to step into a grieving mother’s life to drop this little pebble of wisdom is akin to telling her to brush her shoulders off and to stop being so sad; it’s probably the very last thing she wants to hear. When she’s craving that pregnancy and that child she lost, and when the aching in her bones is nearly too great to bear, she’ll think of nothing more than who that child would have been. Consider that platitudes will only serve to make her feel worse.

2. That child is in a better place.

Whether or not she believes in life after death, no mother wants to hear that there exists some place outside of her arms that’s somehow better than a life at her side.

3. At least you know you can get pregnant.

This is a particularly weighted statement, since there exist so many factors in the conception of a child to begin with. Was that mother pregnant for the very first time, only to be faced with the loss of her first love? Had that mother suffered pregnancy loss in the past, forcing her to experience this particular pregnancy with a white-knuckled fear that she’d miscarry again? Did that mother spend thousands of dollars and endure months or years of fertility treatments just to conceive that baby in the first place? While she may have been pregnant this time around, there exists, sadly, no guarantee that she will ever be pregnant again — let alone at precisely the time in which her body and her heart are ready.

4. Be grateful for the child[ren] you already have.

The loss of one child in no way negates the existence of another. To suggest that a pregnancy loss might somehow take away from a mother’s love for her existing children is to ignore the very fact that she’s hugging those babes now tighter than ever before — and yet, her grief remains.

If you’re under the impression that there exists a God in our hearts, in our universe or beyond, who actually intended all along to withdraw the life that was growing in a woman’s body only to leave her empty and despaired, then allow me to offer you a word of advice: please keep that notion as a translucent thought bubble floating quietly above your own head.

6. Now you can do all the things you couldn’t before.

If a mother has just suffered a miscarriage and is experiencing the deep and aching loss of knowing that baby of hers will never make it into her arms alive, you can bet all of your money that she doesn’t give a rat’s ass about her ability to get drunk, to smoke, to eat soft cheese, or to clean the cat’s litter box again. With all due respect, you’re best to hold out until she’s ready to surface before plying her with all the drinks, smokes, cheeses, and cat poops she’s now privy to, okay?

If you like this article, please share it! Your clicks keep us alive!
Tags
pregnancy
miscarriage
loss
infant
baby
grief
mother
grieving
response