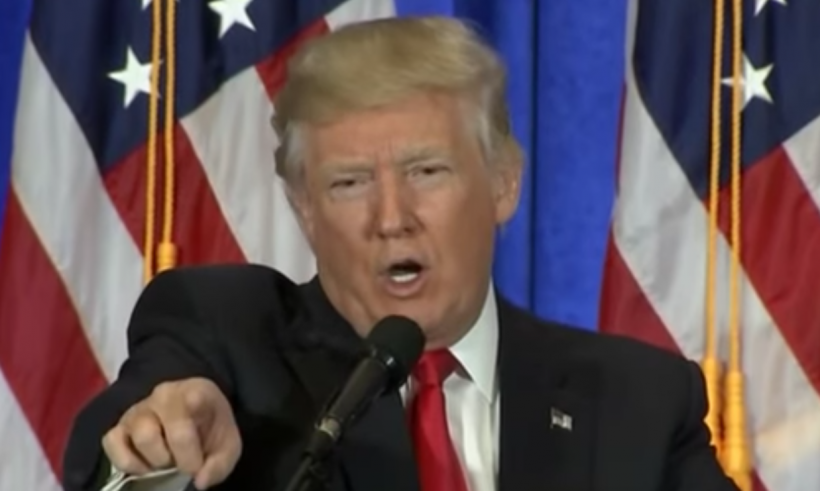 Screenshot taken from press conference footage in which Donald Trump tells a CNN reporter that he is "fake news." Very professional.

Well, see, the US intelligence agencies…

Good lord, I don’t even know how to start this.

So, we all know that Russia was trying their best to become the unofficial campaign apparatchik for Trump, right? They spread misinformation like crazy because Putin hates Hillary and thought Trump would be fun to golf with. Or something.

Well, it turned out to be “or something”.

Tonight, CNN busted out the story that Trump and Obama have recently been briefed on some unverified but potentially explosive allegations about Trump’s relationship with Russia. See, according to unnamed investigators who were doing opposition research on Trump, his ties to Russia are troubling, to say the least.

Got your attention, there, didn’t I?

These memos, which have been released by Buzzfeed, talk about various Russian operations to compromise Trump in a way that would make him an ally to Russia. There’s a lot of stuff about Trump being cultivated to be pro-Putin, anti-sanction, and to say “Hey! You guys can totally have Ukraine! It’s cool! Bigly!”

Not only was Russia allegedly grooming Trump to be their ideal candidate and making sure that everyone thought the worst of Hillary Clinton in the process, they were also allegedly in contact with Trump advisors throughout the campaign, colluding on some matters.

We have to remember that a lot of this stuff has yet to be verified, but if it is verified in the coming days, it’s damning. Like WHOA.

And because this is Trump, a master vulgarian, this doesn't just end with dirty tricks and shady dealings with agents of a hostile power. No, there is also a story about Trump hiring a group of prostitutes to pee on the bed in the Presidential suite of the Ritz in Moscow while he watched. Because Obama slept there and Trump hated Obama.

The next few days are going to be interesting as hell, folks, as we unpack what all of this means. Meanwhile, the jokes are flying fast and loose about the PEE-OTUS (see what I did there?) and I think we can all indulge in laughing.

If you like this article, please share it! Your clicks keep us alive!
Tags
donald trump
buzzfeed
cnn
Russia
Putin
Sex
Sex Work