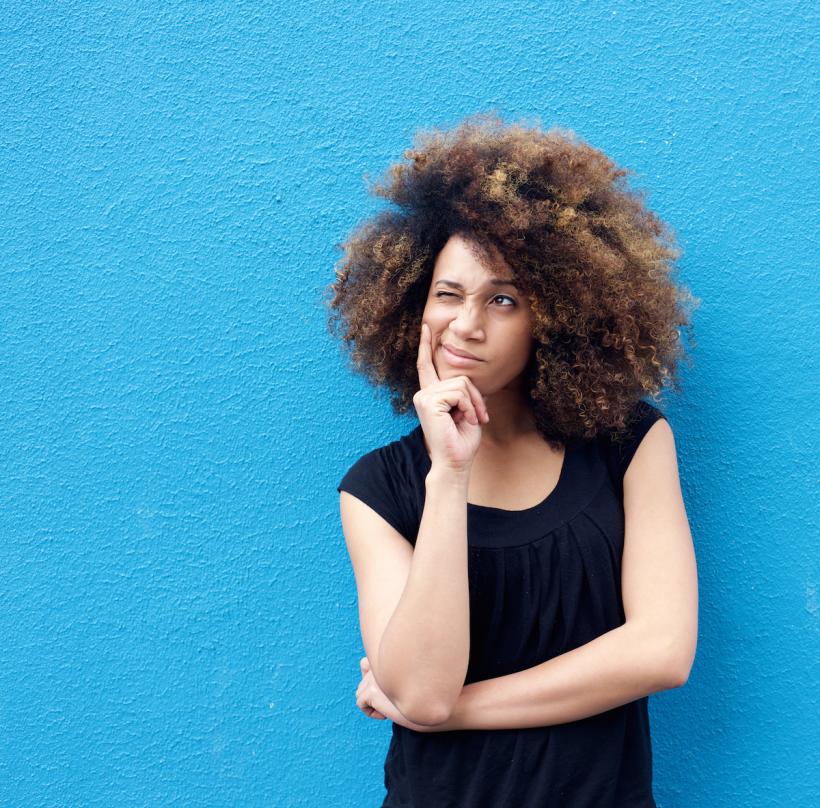 "My illness creates the standard for myself; the rest of me has come to ignore beauty standards altogether, especially when it comes to other people."

On a recent issue of Vogue — which I don’t read but which occasionally arrives mysteriously at one of my workplaces — I noticed Adele looked different.

“You know she lost a bunch of weight, right?” a colleague of mine asked.

I looked at Adele’s face on the cover of the magazine, noting that her cheekbones seemed more bone than cheek. “She did?!” I asked, incensed. I began madly flipping through the dozens of ads and articles until I finally found the one devoted to the singer, with an accompanying photo-spread. The pictures varied. Some looked incredibly photoshopped, like the cover photo, but in others, Adele looked the same as how I’d last seen her on some YouTube video or other. I breathed a sigh of relief — whatever weight she’d gained or lost, she still looked different from the vast majority of famous people featured on magazine covers.

I know very little about Adele. I care very little about Adele (sorry, Adele — no offense meant). What I do care about is the hope I carry that this incredibly popular artist who has fat on her body — on her thighs, stomach, breasts, arms, face — doesn’t succumb to the pressures of the patriarchal notion about mainstream beauty. That is, I care about Adele as a symbol. I am extremely ignorant of much pop culture, and so to me, the mere fact that this woman exists, is talented, and is not stick-figured means a lot.

I hope Adele doesn’t go on a diet in 2017. I hope women who look like Adele don’t make that one of their goals or New Year’s resolutions. I hope that the only reason women — and men too, who are also susceptible to eating disorders — decide to lose or gain weight in 2017 is for actual, real health issues or personal comfort rather than because they think they should in order to look “better.” Better is arbitrary and subjective. Better is often an unattainable and dangerous standard when it comes to physicality. Better, in this case, shouldn’t equal “unhappy.”

I am familiar with the unhappiness that comes with “better.”

Wake up. Have coffee. Have another. Feel the hunger pangs beginning. Ignore them. Go to work. Feel stomach growling. Ignore it. Chew gum. Start feeling weak. Look at clock. It’s 11am, or 12pm, or 1:30pm. Have first meal of the day.

That’s what my bad days still look like, the days when I am stressed about everything under the sun: my relationship, my Tinder account, my writing, my future, my goals, my unsold collection, my languishing novels, the pitches I need to write, the articles I owe, and on, and on, and on some more.

None of what I stress about is actually related to food or weight, but all of it can be translated into those concerns. Eating disorders are coping mechanisms—our brains take the obsession over food, this everyday thing we have to deal with, and translate everything else into it.

Failed a test? Have a really long to-do list? Anxious in a social situation? Having relationship problems? Eating disorder says: stop eating or eat too much and throw up or eat too much and hate yourself or exercise for hours. Or any of the other iterations that disordered eating and body dysmorphia can take.

This was the thought that accompanied me for years and that still occasionally creeps into my brain. It began as an obsession over flat stomachs — the part of the body my eating disorder fixates on.

I have particular standards of beauty that I believe apply to my body — my body, and no one else’s.

Pretty soon, though, “like that” stopped looking like a flat stomach; it began looking like women who weren’t miserable, or who at least didn’t look it. Sometimes those people were what I perceived to be effortlessly skinny — but more and more often, what I saw and wished I could look like were women with curves. Not the hourglass curves of a Marilyn Monroe, or even of the plus-sized models finally making an appearance in media these days. Just curves. Curves that I knew the women carrying them may think of as awkward or ugly or ungainly (we’ve all been taught to feel shitty about our bodies) but which I saw as happy and healthy and comfortable.

Happy and healthy and comfortable look like many different things. My circle of friends and family is full of people like this. People of all shapes and sizes, tall and fat, or short and plump, or average height and muscular, or wide and thin, or narrow and rounded. People who carry their weight in their thighs, around their middles, in their breasts, on their arms; people who carry weight in their faces and feet or on their asses and nowhere else; people who are beautiful in their bodies, and who wear them better than my eating-disorder addled brain believes I will ever wear my body, no matter what size it is.

This is not to say that these people necessarily are comfortable in their bodies — we’re all taught to hate our bodies, basically no matter what they look like. But I perceive them to be, and I find them beautiful because of it.

There is an important distinction that I make, as an eating disordered person. It is not logical or healthy, but it’s still there as part of how I view the world. The distinction is that I have particular standards of beauty that I believe apply to my body—my body, and no one else’s. My obsession with the way my stomach looks has no bearing on what I find beautiful and attractive in other people. The fact that my illness wants a thigh gap doesn’t mean I find it attractive in others. It’s a double standard, yes, but one that is important because it separates my illness from the rest of me. My illness creates the standard for myself; the rest of me has come to ignore beauty standards altogether, especially when it comes to other people.

Eating disorders suck, but mine did do one thing for me — by experiencing the misery of constant restriction and trying to climb my way out of body dysmorphia one day at a time, I stopped seeing other bodies as necessitating improvement. Bodies are our vehicles for moving through the world—better to accept and love them if we can.

Why Can't I See My Body The Way I See Other People's Bodies?
Ilana Masad