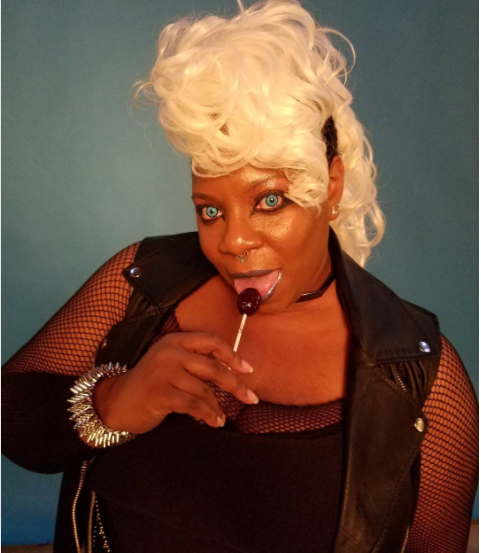 Reclaiming ALL costumes for all bodies. (Image Credit: Instagram/talynnkel)

If you are a geek, you like to share your passion in a number of ways. Cosplay, short for costume play, refers to dressing up as a character in a story, whether it's from film, television, video games, or comic books. It can also include a mash-up or original creation of your own. While men do cosplay, the focus typically is on women. And since it's a very visual medium, the focus inevitably tends to be on those the media have traditionally focused on: thin, white, and conventionally attractive women.

However, recently, there's been a trend on social media of women who are bigger in size coming forward and reclaiming the term 'fat' in a show of body positivity.

While at one point they were shamed (and still are by many) for 'not looking the part', their battle cry is that cosplay is for everyone.

TaLynn Kel started cosplaying in 2005. And it began with Halloween: "To me, that was always fun," Kel says. "But when you get older, you get conditioned to think, 'Wow, this is not a grown up activity.'" She laughs at the idea. "So you stop, because you get a little bit shamed about wanting to do it, and there are not places where you feel like you can do it." She also found a problem in that most adult costumes for women are less about the intricacy of the costume and more about being sexy or vampy.

Even if you're not a fan, you're most likely familiar with fan conventions, even if it's just San Diego Comic-Con. Dragon Con is an annual convention held on Labor Day weekend in Kel's home city of Atlanta. When one of Kel's friends took her to see the spectacle, she saw all the people dressed up in costumes, and she was hooked. She went home and created her first cosplay that weekend, a very basic one, for the third day. "It was crap, you know, it was just something I pulled out of the closet that looked like something I wouldn't normally wear. But I was completely in. And for whatever reason, it just spoke to me on such a basic level that I was like, 'I have to do this.'" 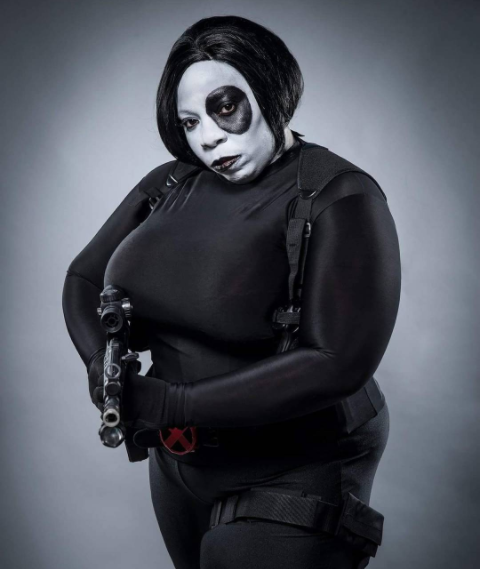 However, sizeism is definitely an issue in cosplay. The push toward playing to 'type' is very real in the cosplay community, especially when you are fat. "Even with the size, there are certain sizes that are okay — there are certain ways to showcase those sizes that are okay. The more of an hourglass figure you are, the more acceptable you are. If you are round, unless you are cosplaying a 'round' character, that's not cool. People aren't really down with that. Or you have to sex it up in a certain way. But if they do a male character, like a fat man, it'll be okay."

"Just because you're fat, it doesn't mean that you're unhealthy. It doesn't matter that you're fat. You're fat ... and? You can't tell anything about anybody's health by their weight and size. You can't. There's no information you get from that except that they are bigger."

In fact, there's a huge dieting culture in the cosplay community. She acknowledges that it stems from the fact that it's also in American culture overall, and that people are rewarded for losing weight. "There will be whole threads about people talking about their diet and exercise routine, and there are many people who I know who are in cosplay who do the crash dieting. Most of the cons happen in the summer. They start their diet regiment and start working out because they have to get their body 'convention ready.' They won't do photo shoots or anything in the winter because they won't fit in their costumes, and they will freely admit that."

She goes on to talk about how that will dictate their life, and how after the cons are over, these same people will start gaining weight again. "They want to achieve a certain look, and people are very clearly rewarded for that."

In her day job, Kel is a health communications specialist, where her job is to get health messages out. So she has a clear sense of the body positivity movement. "Just because you're fat, it doesn't mean that you're unhealthy. It doesn't matter that you're fat. You're fat ... and? You can't tell anything about anybody's health by their weight and size. You can't. There's no information you get from that except that they are bigger." 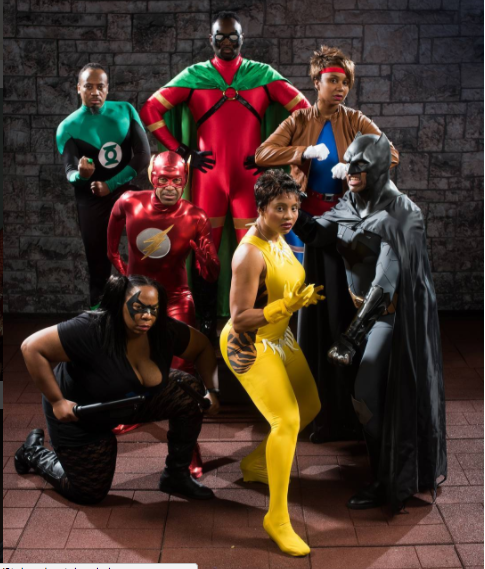 She sees the others who are claiming the word fat, and she says that like any word, it all depends on how it's wielded. "You have to look at the context and the intent," Kel says. "When I say it, I know what I mean by it. If I call myself fat, I know what I'm saying: I'm fat, I'm a larger bodied person, and that's fine. Ultimately, it is just a descriptor. It's just like saying I have brown hair. I've got a fat body."

For her, Kel is able to accept her body size because she has come to terms as to why she is cosplaying in the first place.

"You have to ask yourself, 'Do I want attention? Is that really why I'm out here? Is that why I started doing this?' And if that is, that's fine. But if you're doing it because I just really wanted to be this character, or I just really like creating this thing, or I just really want a good picture of me dressed up like this, understand that, too. Know what your motivation is. If this is because you just want to make new friends, you don't have to change your body to make new friends. If you do, they're not the friends you want. If it's because you really like being in cosplay and you just want to party and cosplay, you don't need to change your body for that either."

For her, it's all about creating something that shows off her skills. "I love the idea of having a creative way to problem solve. It is being able to create my version of art that's all about me, even though I'm wearing the look of someone else."

If you like this article, please share it! Your clicks keep us alive!
Tags
cosplay
fat cosplay
body positivity
fat positive