What I Want My Kids To Know About Marrying Young 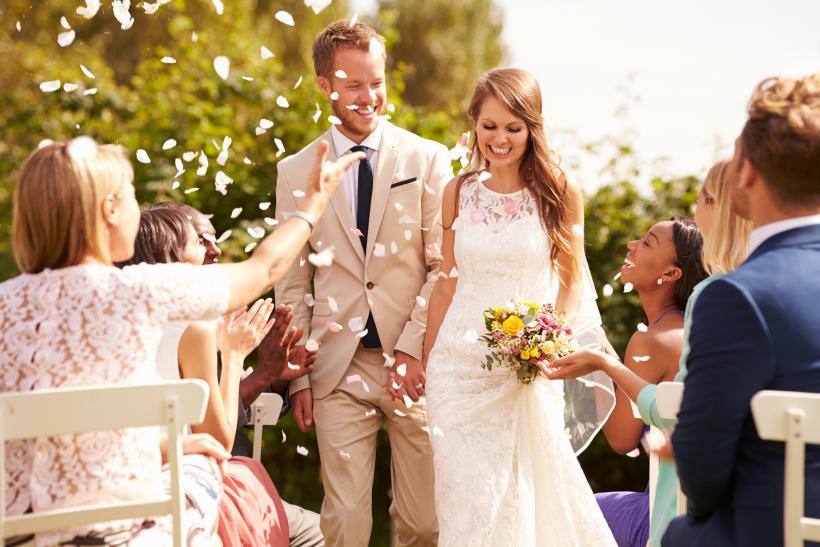 Having a successful young marriage is the exception, not the rule.

My husband and I have been together for 12 years, eight of them married, four of them teenaged.

That’s right; I met my husband when I was 16 years old, and halfway through college I married my high school sweetheart.

So far, I’ve been incredibly lucky. Though our relationship has had its ups and downs, stresses and joys, we’ve reached a point where it feels very solid. I think we are in it for the long haul. I think we always have been.

But did I really know that standing at the altar at 20 years old? Of course, I would have told you yes, but the answer is I didn’t. Marriage was too large a concept for me to grasp. Part of me knows it still is. I can’t pretend I know what lies ahead. I’m eight years in, and if this turns out how I’d like, we’ll have decades left to go.

It’s like thinking you’ll know what a movie is about in the first 15 minutes. I mean you might have a pretty good grasp, but you can never say for sure. Plot twists happen. I’m at least old enough to see that now.

I could wax poetic all day long about how my husband and I have weathered storms together and grown up side by side and put in the hard effort it takes to make a marriage work, and that would all be true, but when it comes right down to it we both took a massive gamble and got lucky as hell.

But if our relationship remains good and strong, the kind of relationship I want to model for our children, I also want them to know that we are the exception, not the norm. I don’t want my kids to dive headfirst into teenage romance thinking they’ve found the one, even if it turned out well for me.

Because the thing is, it’s hard to have perspective on the intense feelings you have when you’re in your teens and early twenties. Everything feels so high stakes. Romance becomes so much larger than life. I fought tooth and nail with anyone who would dare act like I wasn’t ready to get married. I wouldn’t stop for a second to listen to anyone who gave advice I perceived as negative or doubtful of my maturity, even if it was spoken out of love.

I pointed to my parents and grandparents, and their long successful young marriages, and assumed marital success was in my blood. But that’s not what I want my kids to think. I want them to know there is nothing in their DNA that guarantees them a happy marriage, whether they wed at 16 or 60.

I want them to understand that we are the exception and not the rule. I want them to look at the statistics surrounding young marriage and not decide like I did, that they are some sort of special snowflake that the rules don’t apply to.

I want them to know that we got lucky. I could wax poetic all day long about how my husband and I have weathered storms together and grown up side by side and put in the hard effort it takes to make a marriage work, and that would all be true, but when it comes right down to it we both took a massive gamble and got lucky as hell.

We couldn’t have predicted the people we would become over the years. We heard the warnings of “people change” and didn’t fully believe it.

I often said this was true no matter what age you get married (and it is, to an extent). But I didn’t yet understand that my brain was still developing, that I would still be in such an intense period of growth for the first decade of my marriage. I didn’t really get it, but I want my kids to get it.

Because the truth is, I could just as easily be telling this story as a cautionary tale. This very well could have been a monumental mistake, like all the other teenage brides I once knew, now long divorced. I like to think I’m special, that I knew what I was doing all along, but if I’m honest with myself, it’s been a little hard fought love and a whole lot of luck.

In a few more years we’ll pull down a box with an old bottle of wine and love letters we wrote on our wedding day, and laugh at how stupid and naive we were. We’ll wonder how on earth we ever made it through those first few years intact if this was how we thought the world, and love, worked. And we’ll thank the stars and powers that be that luck was on our side that day.

If you like this article, please share it! Your clicks keep us alive!
Tags
marrying young
marriage
Relationships
advice for kids on marriage