Finding Refuge In Judaism As A Feminist Atheist 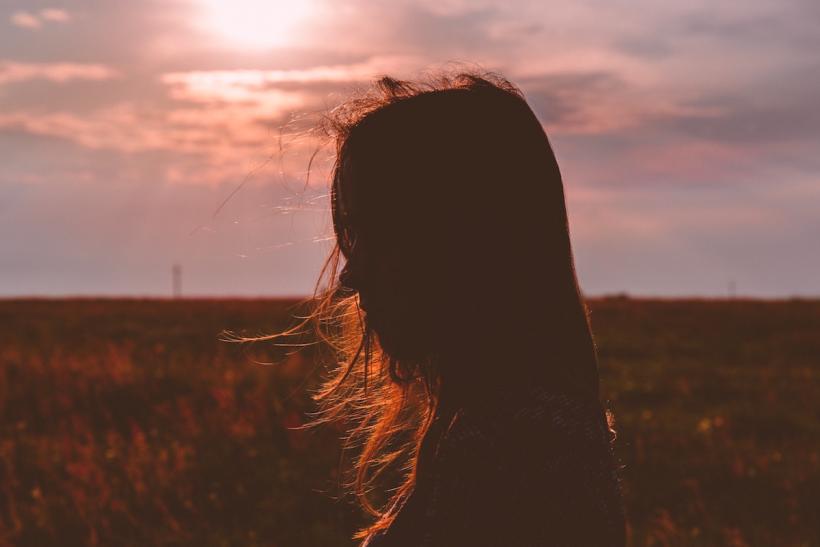 My childhood synagogue in Santa Cruz, California was the quintessential lefty feminist Jewish experience: our Cantor was a woman who played the guitar, we observed the feminist-revived ritual of Rosh Chodesh, and girls studied Hebrew just the same as boys. I live in Washington, D.C. now and am raising two kids in that same Jewish tradition, but a few years ago I struggled to find our family’s place in the Jewish community.

To begin with, I don’t believe in God. As a child, I saw God as an omnipresent, benevolent protector, but once I grew up and left the safety of my childhood, my view of God fell apart, with nothing to take its place. I’m not the only non-believer in my family, either. My husband is an avowed atheist. His father was Jewish, but he attended a religious Christian school where he learned Jews were going to hell — so his relationship with religion is, shall we say, a complicated one. My son, the older of my two kids, has also expressed skepticism about God, often complaining bitterly about having to sit through services or attend Sunday School. My five-year-old daughter is just learning what God is now, so it’s too soon to tell whether she’s a heathen like the rest of us.

So I began to wonder, why not just give up the religious aspects of being Jewish, especially the ones I’m forcing on my family, like sitting through hours of services during the high holidays or not eating bread on Passover?

There’s also the cost. “It’s cheaper to be an atheist,” I grumble every fall when I look at our annual membership dues. We belong to a congregation that doesn’t have a physical house of worship, so it’s less than most synagogues in D.C., but when you add in costs for the kids’ Sunday School, it’s still several thousand a year — and that’s not including the exorbitant cost of Jewish summer camp, a defining experience for many Jewish kids. Camp Quest, a summer camp for atheists, costs considerably less.

So I began to wonder, why not just give up the religious aspects of being Jewish, especially the ones I’m forcing on my family, like sitting through hours of services during the high holidays or not eating bread on Passover? As reform Jews, these forced “burdens” are far less than what’s required of more religious Jews, but that argument never manages to win me any points at home.

There are also all the times I read about an orthodox rabbi who has abused his power, or bloodshed in the Middle East in the name of God, and I wonder whether Judaism, at its roots, isn’t just an antiquated, patriarchal religion whose days are numbered.

A few years ago, I started writing for a secular parenting blog and learned more about Atheism as a movement and subculture. Since most of my family seemed to be non-believers, I wondered if maybe that was where we should spend our communal energy. Over the years, I’ve become friends with many atheists and secular folks but, as it happened, the Atheist movement never came to feel like home.

Despite the presence of feminist voices within Atheism and secular culture, there are just too many sexist and anti-Muslim white men. And too often I find myself having to explain why I can’t just toss aside my culture the way most atheists do with Christianity. Judaism is both a culture and a religion, with no bright defining line between the two.

So many of my memories are tied to being Jewish — Shabbat services on the beach in Santa Cruz, hosting Passover seder for friends and family, becoming bat mitzvah, getting married (twice) under a chuppah, and Jewish naming rituals for my kids. I even got a Jewish divorce from my ex-husband. Being Jewish means I’m part of a minority group in this country. I grew up in a small town with many ultra-religious Christian classmates. That outsider perspective is still the lens through which I view my country.

This past fall, I decided to stop worrying about the absence of my belief and allow myself the communal experience of prayer. I enjoy it, not because I believe in God, but because I enjoy the ritual. These prayers are meditations on important aspects of life such as grief, doing better in the coming year, and hoping for our children.

I try to compromise with my husband and son now. I tell them when their presence is really important to me and try to let it go when they don’t want to come. My son has come to enjoy services more now that he’s older, and my daughter loves the music. My husband makes the effort because it matters to me.

Since the election, I’ve felt especially thankful for my Jewish community. Almost overnight, my country has become a place that’s hostile to women, Jews, Muslims, and immigrants. When the President sloppily threw together his thinly veiled Muslim ban, my congregation helped welcome a refugee family from Afghanistan and young Muslim students to our Sunday School. Jews are coming together with Muslims everywhere to speak out against Trump’s hateful policies. A group of Jewish rabbis in New York City were arrested for protesting the travel ban, which reminded me of when my own childhood rabbi was arrested for protesting the treatment of Soviet Jews in the former U.S.S.R.

When I despair over how Americans could have elected a man who brags about grabbing a woman by her genitals, I feel thankful my children are growing up in a congregation led by a woman rabbi. I’m not fretting about where my place is in the Jewish community anymore; I feel like I need my Jewish community just to get by. When each day feels like an attack on everything I value, I’m thankful for the communal act of prayer, because it gives me a moment of peace.

If you like this article, please share it! Your clicks keep us alive!
Tags
judaism
Atheism
feminism
Jewish
faith
religion
Politics

Finding Refuge In Judaism As A Feminist Atheist
Jenny Splitter

My Mom's Doctor Said She Was "Just Stressed Out." She Had Cancer.
Jenny Splitter

OK, I Quit My Diet. Now What? #DitchTheDiet2016
Jenny Splitter