#RavsRadar: On Kellyanne Conway & Secret Cameras Under Cover... As Microwaves 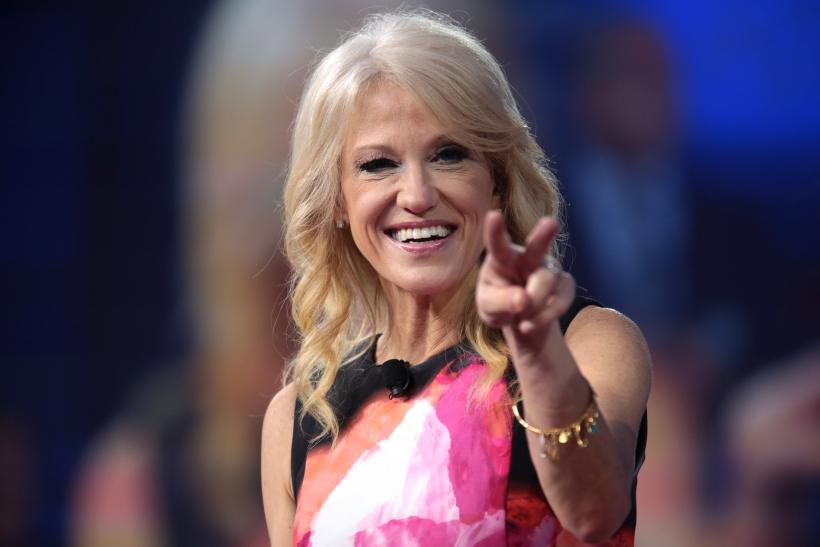 Just when you thought the Trump administration couldn't get any more ludicrous... (Image Credit: Flickr/Gage Skidmore)

So, remember a couple weeks ago when President Trump lost his mind on Twitter and started accusing former President Obama of wiretapping the phones in Trump Tower? We all spent a couple of days scrambling around trying to figure out what the hell he was talking about. After a lot of journalistic froo-fra, the whole situation boiled down to three possibilities:

2. The Obama administration legally got a court order to wiretap Trump Tower phone lines because someone in Trump Tower was probably a big criminal.

3. Donald Trump was reading conspiracy theories early on a Saturday morning and tweeted about some bizarro plot dreamed up by Breitbart and published for any gullible old man to read and believe.

Pretty much everyone who exists in a real world of facts and logic has settled on Number Three as the likeliest scenario. Trump has a well-documented habit of reading and watching the news (or the “news,” in some cases) and reacting to it in real time on Twitter. That’s probably what went on here and the administration’s best move now would be making everyone forget that it ever happened.

Alas, here cometh Kellyanne Conway. She actually found a way to make it all worse. In an interview with the Bergen Country Record this weekend, she was asked about the wiretapping claims and she said this:

“What I can say is there are many ways to surveil each other now, unfortunately. There was an article this week that talked about how you can surveil someone through their phones, through their — certainly through their television sets, any number of different ways, and microwaves that turn into cameras, etc., so we know that that is just a fact of modern life.”

Microwaves. That. Turn. Into. Cameras.

Ms. Conway tried to walk back the comments by saying she was just talking about surveillance generally, not that anyone was using the microwave to spy on Donald Trump.

I mean, everyone knows that wouldn’t work. I’m not sure Trump has ever been in a kitchen. Just listen to his remarks about the role of wives, his demands about dinner being on the table when he gets home, and some bullshit about why men shouldn’t change diapers, and you’ll realize that Trump might not even recognize a microwave, much less spend enough time using one for a microwave/camera spy plot to work.

Even for those of us who do regularly microwave things, I don’t think we’re in any danger of being spied on by our kitchen appliances. Unless excessive reheating of queso dip is a federal offense, we’re probably safe.

As for Trump Tower being bugged, by phone or by microwave, the Trump administration has been ordered to provide evidence to Congress this week.