Becoming A Mother Forced Me To Make My Career Goals Happen 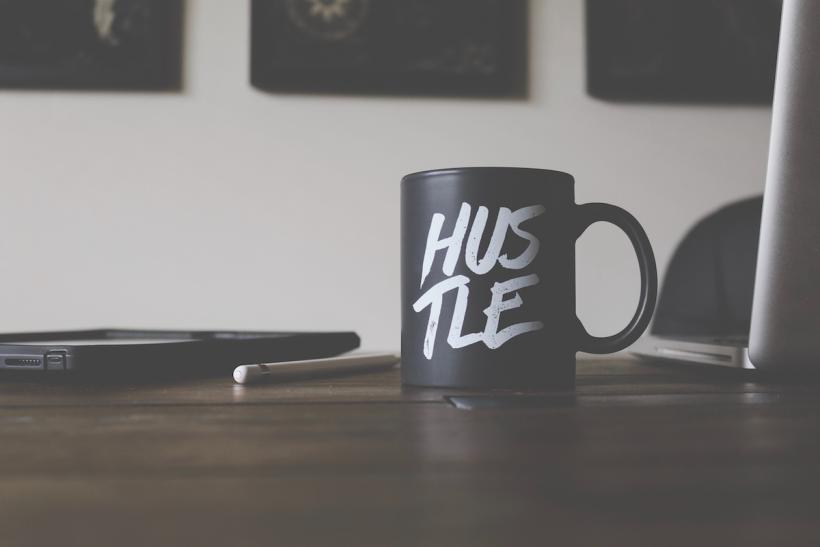 There were a lot of rejections, but I wasn’t discouraged. I’d just try again.

When I was 24, I gave up my lifelong dream of being an actor to devote my energy to becoming a writer. For much of my teen and college years, writing was my hobby, a way to be creative and keep occupied. I spent hours in my room hunched over notebooks writing mediocre boy band fan fiction.

Post college I turned to writing again as a way to cope with being unemployed and then underemployed. I realized that it was something for me to take seriously when I began to devote more of my time and energy to my writing than I did to auditions or lessons.

I knew that writing was going to be the way I made a name for myself, but I didn’t know the best way to go about it.

Back then I wrote for free. I didn’t need the money, but I got to do cool things, so pay didn’t really matter to me. When I got sucked more into my day job, my writing was compromised.

In the fall of 2013, I gave birth to a little boy. My pregnancy had been a complete surprise, and I was unemployed. When I lost my job, I decided that I was going to get back into my writing, so I looked for writing jobs. I couldn’t get a paid writing job, but I was asked to contribute to a few websites that were just starting, and desperate for the clips, I gladly accepted. I began spending more time on the internet and social media where I’d see my friends sharing articles from different websites on subjects that I could easily write about. I checked these sites to see how I could write for them. I was a single mom and writing from home would allow me to write and still be home with my little guy. I applied for some remote staff jobs but never heard anything back.

Discouraged, I thought that maybe my clips weren’t strong enough, so I went about finding some more unpaid work. I got accepted into a contributor network, and they published the first few pieces I pitched, which did fairly well.

The flames were stoked yet again, and I began to think that maybe I could actually be a writer for real.

When a friend reached out to invite me to some groups for writers that she was a part of, I jumped at the opportunity. It was in these groups that I heard the term freelancer. I had always put my energy into writing for one outlet, placing all of my eggs in one basket, and here I was finding out that I could put multiple eggs in multiple baskets and more importantly, get PAID to do so. I wracked my brain for interesting stories about myself and my life that I thought people would find interesting. I quickly wrote one, but no one wanted it (as a matter of fact, this piece is still pending publication almost two years after I initially pitched it). I didn’t let that stop me.

A few months later I successfully pitched two different pieces to two different websites, and that got the ball rolling. Those clips gave me the confidence to keep going. There were a lot of rejections, but I wasn’t discouraged. I’d just try again. I was working as a babysitter at the same time, and I was beginning to get bored. I knew that I wanted to be able to make at least 50% of my income from writing. My son was approaching three, and I was still a single mom, but I wanted to move out of my parents' house to give him more room as he grew. Ultimately, I wanted to get back to the west coast where his dad lives so they could have a relationship, and I knew that the money from writing was going to be the best way to build my nest egg.

I began to realize writing about being a mom was where most of my inspiration was coming from.

There was something universal and relatable about being a parent that people seemed to enjoy reading. So that’s where I put my focus. I still write about things like race and feminism, but often even those stories are examined through the lens of being a parent. It’s just such a huge part of who I am, and what led me to take writing seriously.

When I first started freelancing, I set some goals for my work. Getting published by a woman’s glossy was on the list, as was selling a piece to The New York Times. Those were long term goals because I mean, they are really lofty goals to have as a newbie writer. I still haven’t figured out the key to getting published in a woman’s glossy, but within six months of focused freelancing, I sold a story about my son to The New York Times. Seeing our picture on the homepage of the NYT website validated everything that I was doing as a mom and as a writer. About a month after the NYT piece was published, I accepted my first staff writer position for a parenting website, which would give me the financial leg up to save enough to move and be able to give up babysitting pretty much for good.

Being a parent has given me the career that I had only previously dreamed of, mainly because of how determined I was to be able to support my son and still be able to be hands on when raising him.

He knows how hard Mommy works and gives me the space to do so. I hope in a couple of years he understands that it was all for him and that he’s my greatest gift because he gave me the freedom to follow my dreams.

If you like this article, please share it! Your clicks keep us alive!
Tags
parenting
freelance writing
Work From Home
work at home moms
motherhood
career success