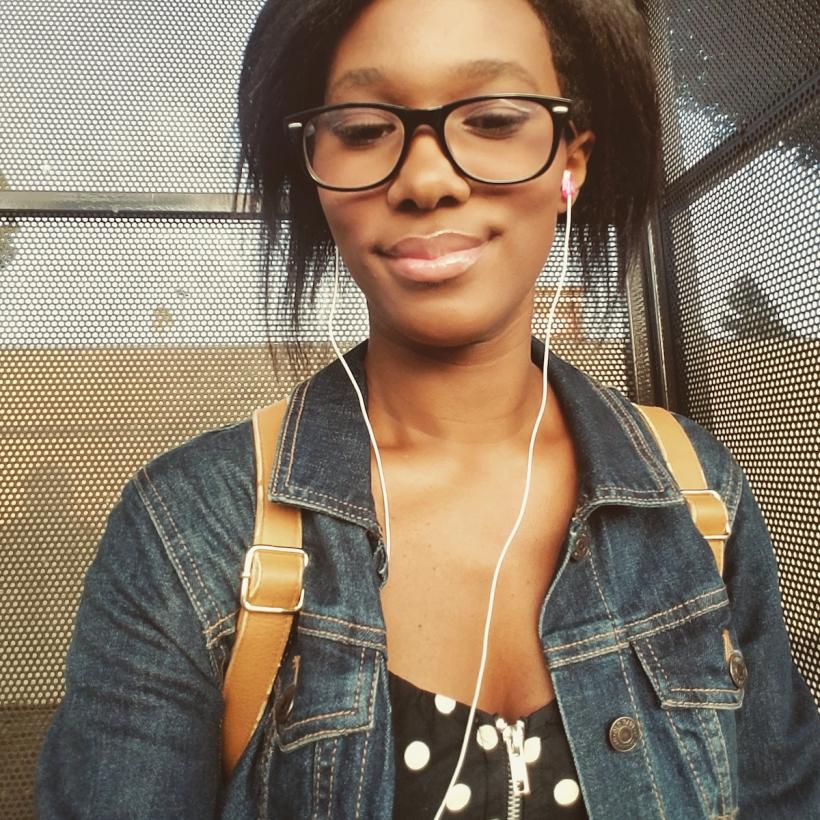 Did I want to be myself, the “cute” girl who was happy go lucky and wore glasses? The girl who always played the quirky best friend? Or did I want to be the sexy, pretty one?

Recently I had a good friend who was forced to give up contacts for medical reasons. Having become accustomed to her contacts, she had no idea how to adapt her style to glasses. “Can I wear glasses with dresses?” she asked on Facebook. As much as I love my friend, I couldn’t help but laugh at her question. I LOVE dresses and very feminine clothing. Since that’s something we have in common, I kindly reminded her that I’ve been wearing glasses with dresses for most of my life. “Of course!” she said. When I wear my glasses, people use words like “cute” and “pretty” to describe my attractiveness. When I take them off, I get things like “sexy” and “gorgeous.” My clothes don’t change; my face doesn't change. The only changes are the addition or removal of my glasses.

I’m just as feminine and fun with my glasses as I am without.

But somehow people’s perceptions of my type of beauty change when I’m wearing them.

I’ve always preferred wearing glasses. I didn’t even try contacts until I was 22 and even then I was doing it somewhat reluctantly. I had recently graduated from college with a theatre degree and was afraid that I wouldn’t get many parts if I wore glasses to auditions. When I suggested to the photographer who did my headshots that we take some with my glasses, she vetoed the idea. It felt like I had to choose who I wanted to be at that moment. Did I want to be myself, the “cute” girl who was happy go lucky and wore glasses? The girl who always played the quirky best friend? Or did I want to be the sexy, pretty one? I wore my contacts for a couple of months and hoped that I could grow to love them. I liked the freedom they afforded me (I had an affinity for cheap large sunglasses), but I went back to my glasses.

As soon as I put them on it was like coming home. Contacts were fun, but in the end, they weren’t me. Not to mention, they were expensive. For me, wearing contacts was like playing dress up. I was wearing a costume and pretending to be someone else.

In pop culture, there has always been an unspoken rule that a woman could only be sexy or hot if she took off her glasses.

It is the trope in one of my favorite 90s teen comedies — She’s All That. Laney Boggs is frumpy, dumpy, and weird in her overalls and thick-framed black glasses. When she is made over into a hottie, she gives up the frumpy, shapeless clothes, dons a sleek new hairstyle, and what is gone? The glasses.

Same thing in another personal favorite The Princess Diaries. Mia is initially a dork with big frizzy hair and, again, thick black glasses. When she is made over, her hair had been tamed, her brows plucked, and her glasses chucked.

And in the classic old Hollywood film How to Marry a Millionaire, Marilyn Monroe’s character Pola spends half the movie unable to see anything because she doesn’t believe men will find her attractive with her thick black glasses. Unlike in the first two films, Pola gets her man because of her glasses. Even with them on he thinks she’s “quite a strudel” and encourages her to wear them. A small cinematic victory.

Glasses have also long been synonymous with smart. If you want to look smarter, don a pair of glasses, especially square black frames. Nerd glasses. In Legally Blonde, when Elle goes to Harvard and wants to be taken seriously, she wears a pair of black glasses. In an episode of The Big Bang Theory, Penny tries to go to school, and when it becomes too hard, she just buys a faux pair of glasses to “look smart.” And the two actually smart female characters on the show, Amy and Bernadette, both wear glasses to contrast their smartness to Penny’s less intellectual character. Wearing fake glasses has been a growing trend among women who want the cute look of wearing glasses, but not the responsibility of actually needing them. They can be cute and quirky, and then one can take off that persona and go back to being beautiful and unencumbered by the stereotypes of wearing glasses.

Why can’t glasses be considered sexy outside of an ad for glasses?

Women who, like me, prefer to wear glasses shouldn’t be excluded from the narrative of what is deemed sexy. Especially because of how we choose to correct our vision. I am just as sexy and beautiful as a supermodel; I just happen to wear glasses while doing it. I can wear glasses with my dresses and look feminine and cute, or I can be sultry. There is no one way that your beauty should be defined. We need to change our perceptions of beauty to include those of us who wear glasses, whether they be fun frames, or my new personal favorite, the black Buddy Holly style “nerd” glasses. We are still sexy and gorgeous and beautiful.

When we’re having the conversation of diversity in beauty, we can’t just include body type and skin color. I would love to see an ad for a major fashion line where the models are wearing glasses unironically. I would love to see a Victoria’s Secret Angel walk the runway proudly wearing her glasses. I don’t want to be told that my glasses are difficult to photograph. If you can photoshop away someone’s cellulite, you can photoshop the glare out of my lenses.

If you like this article, please share it! Your clicks keep us alive!
Tags
glasses
style
diversity
Fashion
patriarchy