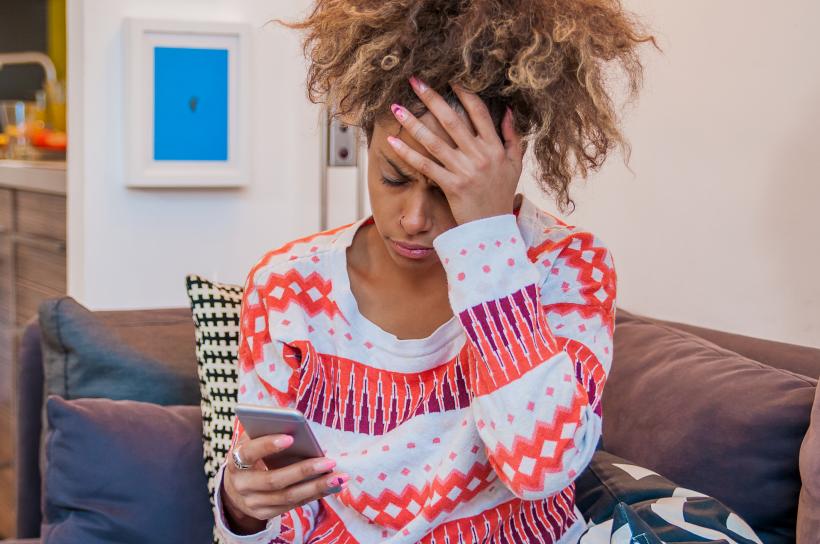 “Seriously? You’re not going to be my friend over this?” And just like that, it was over. I had lost a friend who I had come to value greatly.

“Seriously? You’re not going to be my friend over this?”

And just like that, it was over. I had lost a friend who I had come to value greatly. And apparently, there was nothing I could say or do to get her back.

It had started when she posted something on her Facebook page that was clearly a slight towards parents; implying that the people who complained about the Frozen short before the Disney movie Coco were being childish. I believe she used the word “babies.”

She doesn’t have children, and I pointed that out, subtly stating that it’s easy to complain about people complaining when you couldn’t understand their side of the argument. People who complain about parents being mad that their kids have to sit through a 20 minute “short” after 10 minutes of previews and then a 90 minute movie are likely going to be the same people who give those parents dirty looks when the kids are fidgety with 30 minutes left to the movie. Nevermind that we’re talking about an animated film that’s, you know, made for children.

I thought that maybe my comment would open a dialogue, one where two friends who clearly disagree on something can have a conversation. Or at the very least, I could point out the fact that, hello, you’re talking about a kid’s movie! I admit, I don’t always go about things the right way, but when you’re talking with someone you consider to be a close friend, they can usually see through the poor execution and get the point you’re trying to make. We had talked only a couple days before, when she needed someone to talk to. We both shared things that we wouldn’t have shared with many other people, as we have often done in the year and a half or so we’ve been friends.

To say that I was completely shocked by the way she responded to my comment would be an understatement.

I had never seen her quite so vitriolic and unwilling to have even a simple conversation.

I reiterated several times that my comment was not a slight for her not having or wanting to have children. I have plenty of friends who don’t have kids and don’t want them. That’s totally fine with me. Your body, your choice. Having kids is a lot of work, and I totally get that it’s not for everyone. It’s something that she and I had talked about previously, and I had always made it abundantly clear that I in no way harbored any judgment towards her for her choice. But she also knows that being a parent is a huge part of my identity, and that having no problem calling people out on their bullshit is another. And while I totally respect her decision, making blanket statements like the one she made and calling people who had concerns “babies” really crossed a line for me.

A person who doesn’t have kids can’t throw shade at parents and then expect their friend who has kids to be constantly respectful of their choice.

I am always careful to never make my friends who have chosen not to have children feel like I am singling them out or judging them for their choice. But so often, I feel that the same respect isn’t extended to me as a parent and as a friend. Yes, there are crappy parents and annoying kids out there; I know sometimes my kid can be a total pain in the neck while we’re out in public, no matter how much I try to keep him from being one. So yes, I do get frustrated when my friends make posts about annoying children on airplanes, or in restaurants, or just out in the world. Especially because adults can be just as obnoxious in those same spaces, and are developmentally able to know that they’re being annoying.

In our final conversation, she told me that she was unfriending me on Facebook (and subsequently all social media) because I pulled the “you’re not a parent bullshit” on her and that was immediately a relationship ender. In all of the conversations we had, she never once mentioned that this was how she felt. If I had known how strongly she felt, I may have messaged her privately and explained why her comment was totally tone deaf and kind of mean.

Though she and I didn’t get to see each other much in person, when she wanted to get together, I was always down. That meant having to get my parents to babysit for me, because I knew she wasn’t super keen on kids. I always made it a point to try and keep my stories about my son to a minimum, even though my life pretty much revolves around being a mom. But even though we were friends, she had subtly made it clear that she just wasn’t that interested in that part of my life. No matter that I took an interest in every facet of her life, not just the things we had in common. I didn’t really notice until I was reflecting back on our friendship.

As a single mom, it is already hard to maintain my adult friendships, especially with my friends who don’t have kids. I try, but life often gets in the way.

My friends who don’t have kids know that I would love to spend more time with them, but being a mom is paramount. Most of them are willing to let my son tag along to our dinners or get togethers because our friendship is more important than me being able to get a babysitter. I would never ask them to rearrange their lives to accommodate me having a child, but friendship is a two way street. A person who doesn’t have kids can’t throw shade at parents and then expect their friend who has kids to be constantly respectful of their choice. Even if your friend wasn’t the specific target, they’re going to feel disrespected. Or at least, I feel disrespected.

Ultimately, I lost a friend over something that, to me, really came down to a breakdown in communication. Just as she wouldn’t apologize for not having kids, I shouldn’t have to apologize for having kids. And if that’s really how she felt, then maybe we weren’t meant to be friends long term. Either way, I will miss her.

If you like this article, please share it! Your clicks keep us alive!
Tags
Friendship
Friends
old friends
breakups
social media