Do These 3 Things For Your Child During Divorce 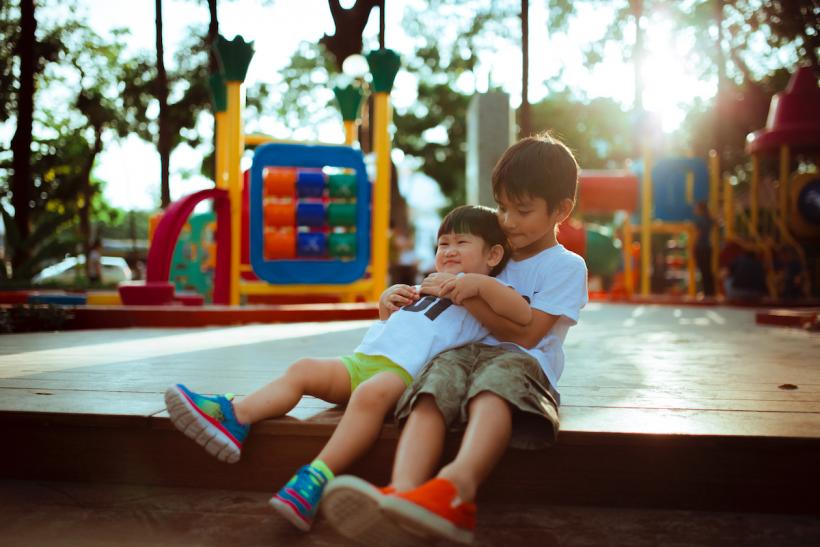 Photo by Hisu lee on Unsplash

Do me a favor. For the moment, put away negative feelings you have toward your ex and let’s concentrate on your children and putting them first. They need you now more than they’ve ever needed you before. So, pay attention!

I received an email recently from a father concerned about the impact his wife’s desire for a divorce was having on his children. He said, “Children generally do not want their parents to divorce. In my case, I have watched my two kids ages three and six cry for hours over the loss of what they knew as their family. However, in no-fault divorce, the pain and needs of the children are of no consequence, notwithstanding the, at times, profound effect a divorce has on them.”

This father understands what many parents don’t. Divorce laws don’t take into account the “profound effect” divorce has on children. At no time during the legal divorce process are the emotional needs of children taken into consideration. We have laws concerned with their best interest when it comes to deciding child custody and how much child support will be paid.

We don’t, however, have divorce laws that are in place to make sure our children navigate their parent’s divorce and come out the other side well-adjusted, happy individuals.

That is why is it is imperative that you, the parents, fully understand the impact of divorce on your children. And take steps to keep your behavior, before, during and after your divorce from hurting the most important people in your life…your children.

1. Promote a loving and consistent relationship with both parents.

How you feel about your ex plays no role in your children’s relationship with them. This is something some parents have a difficult time understanding. I’ve received emails from mothers who feel since they carried a child for nine months and gave birth, they have more rights than a father. Baking and birthing a child doesn’t mean us mothers automatically love a child more than fathers. Or, know what is best for the child.

So, let go of the idea that you, as a mother, have a deeper bond or you are of more value in your child’s life. According to the U.S. Department of Health and Human Services, “children with good relationships with their fathers were less likely to experience depression, to exhibit disruptive behavior, or to lie and were more likely to exhibit pro-social behavior. Boys with involved fathers had fewer school behavior problems and that girls had stronger self-esteem.” Take that into consideration if you are a mother who doesn’t see the value of a father in her children’s lives.

Let me give you an example from my own experience with divorce. My ex would tell our children, “I divorced your mother, I didn’t divorce you.” But, as they say, “actions speak louder than words” and his actions told our children that they had also been left.

For example, our youngest wanted a treehouse. I suggested we buy the materials needed to build one and he ask his father to spend the day helping him put it all together. His father refused to help build the treehouse because, as he told our son, “That is your mother’s property and I won’t spend time on her property.” He broke his child’s heart because his desire to have no relationship with me outweighed his desire to have a relationship and father his child.

Seriously guys, if you avoid activities with your child because negative feelings you have about your ex bleeds over into your ability to father your children…get over it!

Your anger, resentment, emotional pain and any other fallout from your divorce is your problem. It is not your children’s problem. Don’t allow it to become theirs. Accept the fact that your children love both parents and need both parents. Do what it takes to show your children that you are good with them getting what they want and need and work consistently at promoting a healthy relationship with the other parent.

2. Don’t share the details of your relationship and divorce with your children.

Needing an outlet, someone to share your feelings with, is understandable. Find yourself a close friend, family member or therapist and vent away. Under no circumstances should you use your children as a sounding board for negative feelings or thoughts you have about their other parent.

3. View the situation from your child’s perspective.

Your child has a unique perspective on what has happened in their family. Parents can be influenced by their own feelings and interpretations and behave based on that alone. Everyone involved in your divorce defines the situation based on their individual feelings and core belief systems. How someone is affected by your divorce depends on how they process information they acquire from your divorce.

Anais Nin said, “We don’t’ see things as they are, we see things as we are.” Your children are not an extension of you, they are autonomous individuals with their own feelings. For their sake, it is important that you take into consideration their unique feelings and needs when parenting after divorce.

We parents can fail our children when we focus on our own agendas and getting what we want out of life. I’ve often heard experts say, “If the parents are happy, the children will be happy.” Well, that is a bunch of hogwash. You may be better off after your divorce, that doesn’t mean your children think they are better off. Don’t do further damage by projecting your feelings off onto them.

Here is another real-life example from my own experience with parenting after divorce. My older son, through his own choosing, decided to take on the role of “man of the house” after my divorce. Several months after my divorce, when I had started dating again, my son attempted to keep me on a short leash. If I came in later than he thought was appropriate he let me have it. He questioned who I was going out with, wanted to know all their vital statistics. It was like being a teenager and living with my father again!

His behavior was irritating but, it was also communicating something to me. I had to step back from the situation and make an effort to see it from my son’s point of view, his perspective. I asked myself, “Does he really care that I’m late or, is he concerned for my safety and the change in routine?” Once I sat down and spoke with my son I learned that it was his feelings of insecurity that were motivating his need to control me. Once I knew he was coming from a place of fear and insecurity I was equipped with the knowledge I needed to negotiate what was best for us both.

Something as simple as validating and acknowledging his feelings helped relieve the fear and insecurity he was experiencing. We can all glean tremendous insight into what our children need from us when we put effort into understanding what they are feeling and how they view their situation. Give it a try!

I’m going to leave you with a quote from John Lennon’s son, Julian Lennon: “Dad could talk about peace and love out loud to the world, but he could never show it to the people who supposedly meant the most to him: his wife and son. How can you talk about peace and love and have a family in bits and pieces – no communication, adultery, and divorce? You can’t do it, not if you’re being true and honest with yourself.”

I encourage you to be true to yourself but, only after you’ve taken care of and been true and honest to your children and their needs. Do that and you will all thrive after divorce.

If you like this article, please share it! Your clicks keep us alive!
Tags
divorced moms
divorce and kids
divorce
co-parenting

Do These 3 Things For Your Child During Divorce
Arden Mullen, MA, LMFT