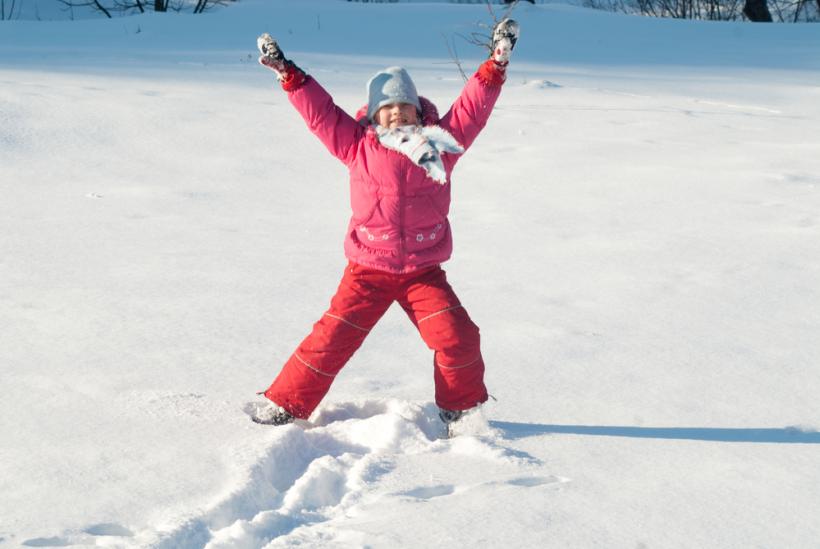 Our first home, when we moved to Maine, was on eight acres with a quarter mile long drive. And the mailbox was, of course, and probably obviously, at the very end. Or the beginning, depending on which way you’re looking.

We didn’t exactly choose to move to the middle of Amish country, mind you. It was pretty, but it was remote, and two hours north of where Stephen King’s author bio on his book jackets say he endures harsh winters. It seemed, even then, two hours north of the uppermost point we should be living.

The move qualified more as a sort of an escape.

My daughter and I are severely allergic to mesquite — a fact we didn’t learn until after moving from Metro Detroit to Tucson nine years ago — and as a result, ended up with allergic asthma and a cocktail of medications (along with three daily nebulizer sessions for the girl child) just to function. She outgrew two bikes and one pink and purple power wheels jeep without ever really having a chance to use them. Our outdoor exposure had been limited to car to store and store to car because anything over 30 minutes on the days with no wind and my daughter spiked a fever that kicked off about four days of allergic misery.

Our escape from the desert came in the form of a job transfer. My husband asked for one, and The Middle of Nowhere was the only option offered. One look at our daughter — once again hooked up to her nebulizer — and he jumped at the offer. We ate our first meal in our new town at a local truck stop with my husband’s parents before they packed themselves back into their suitcases and headed back home a few days later, leaving us to get settled and start our lives over in frozen and unfamiliar territory.

We had a plow driver come and pave our way to civilization just ten minutes away at $50 per storm, so while the snow was pretty, it cost us. The Husband said he might look for a used truck with a plow and we could take care of it ourselves. But that was another day’s To Do. Right then, we were getting used to layers and boots and peeing before we put on the snow pants and our new snowshoes we’d just unwrapped on Christmas Day. It was how we prepped for our game of getting the mail. Sometimes we cheated and picked it up on the way out to town or on the way home. But mostly, we tried to forget on purpose so we could trek out into the cold and revel in the beauty of not being locked inside anymore.

That’s when she fell the first time.

I held my breath, waiting for the tears, the screaming. I was only a few feet behind her, but the snow made moving faster than I was an impossibility. Slowly, I made my way to her, intending to grab her mittened hand and pull her to her feet. I stopped in my tracks when I heard laughter.

I nodded and smiled, knee-deep in the snow. It was too soft to pack well. My snowshoes were preventing me from sinking, but only so much.

My daughter was on her back, cheeks pink with cold, eyes scrunched into a smile, when I arrived at her side. Her laughter was visible, punctuated by the warmth of each breath meeting the winter air. I laughed with her, reached out my hand, and helped her up. It was the only time that day I would.

I watched as my daughter scrambled ahead of me, moving as naturally in her new snowshoes as if she’d been born wearing them. I watched as she held her arms out at her sides and fell back, a trust fall into the cold softness covering the countryside. She giggled again, the sound like music against my ears. The joy in her voice erased the stress of saying goodbye to our friends and the home we had come to love back in Tucson. Every giggle and squeal made the miles driven worth it. In the desert, she had never been this free.

I kept moving forward, watching she began to move her arms up and down in the snow, her feet stationary. Each time she fell, a snowshoe angel would be born.

It was a good thing we were not in a hurry.

One step. Another step. And another. I sat down in the snow for a much-needed break. The snow was so deep that I was suspended up to my chest.

“You’re going to have to get yourself up, baby,” I said. “Mama needs a minute.”

"How do you know?” I countered “You haven’t even tried yet.”

“But I can’t!” She wasn't laughing anymore. Her voice cracked in that way that rings of warning and tantrums.

“Yes, you can.” I said. “The snow is soft, but you are stronger than you realize. You can lie there until I get to you, or you can get back on your feet and fall as many times as you want between now and then. Your call, baby.”

I was met with silence. My daughter was not crying, which meant she was considering her options. I was finally ready to start my attempt to get myself vertical, but I knew I couldn't move yet. Not if she was going to learn she can get herself back on her own feet.

I sat in the quiet, pretending I was still stuck, snowflakes melting in my hair and on my eyelashes. I waited… and I watched.

My daughter started to shift in the snow, trying to find some leverage in the softness while maneuvering herself with the unfamiliar snowshoes. She grunted. She laughed when a snowflake landed on her nose. I watched silently. My daughter shifted, slowly and instinctively packing enough snow beneath for her to push herself onto one knee, and then another. In just a matter of minutes, she was on her feet, arms holding her ski poles high in the air like she just won the gold at the Winter Olympics.

And she was off again. I smiled and worked myself into a standing position, got my bearings, and started trekking my way in my little girl’s path, intent on packing the trail for another hike to the mailbox for tomorrow’s mail. I watched her ahead of me, a little flurry of pink and black power, and I imagined her face burrowed in concentration. Right leg forward; left ski pole forward. Left leg forward, right ski pole forward. She was doing it. And then she was squealing and letting herself fall again. In a flash, my daughter was back on her feet and just a few steps forward, she was letting herself sink into the snow once more.

I was close enough behind her now that I could see the joy dancing in her eyes. I couldn't wait to be inside, in dry clothes, sipping hot chocolate, and laughing together about our adventure. For now, though, we were still outside, in the snow, watching our breath float away in the winter air.

“You are very good at falling,” I told her. We high-fived

“And you know what? You’re even better at picking yourself back up.”

She looked at me, confused. I smiled and reached out with one hand to draw her body as close to mine as our snowshoes wold allow. She rubbed her nose against my own, waiting for me to speak. So, nose to nose, I shared a lesson I hope she will carry forward with her for the rest of her days.

“You are very  good at falling, baby. So, so very good. Never stop having fun letting yourself fall. But I have to ask you a question. Are you ready? You’re gonna have to think real hard about the answer!”

She pulled back and blinked  solemnly. “Yes, mama. I’m ready.”

“Okay,” I said. “You fell and laughed as you landed in the snow. But tell me, baby, where you’d be right now if you hadn’t tried to get back on your feet. Would you have had the chance to fall all the other times?”

“The snow, mama,” she said, realization evident in her eyes. “I’d be in the snow.”

I smiled in triumph. She understood.

“That’s right. It’s good to know you can fall and survive. But knowing you are strong enough to get back on your feet, little girl, is everything.”

If you like this article, please share it! Your clicks keep us alive!
Tags
life lessons
parenting
failure
lessons