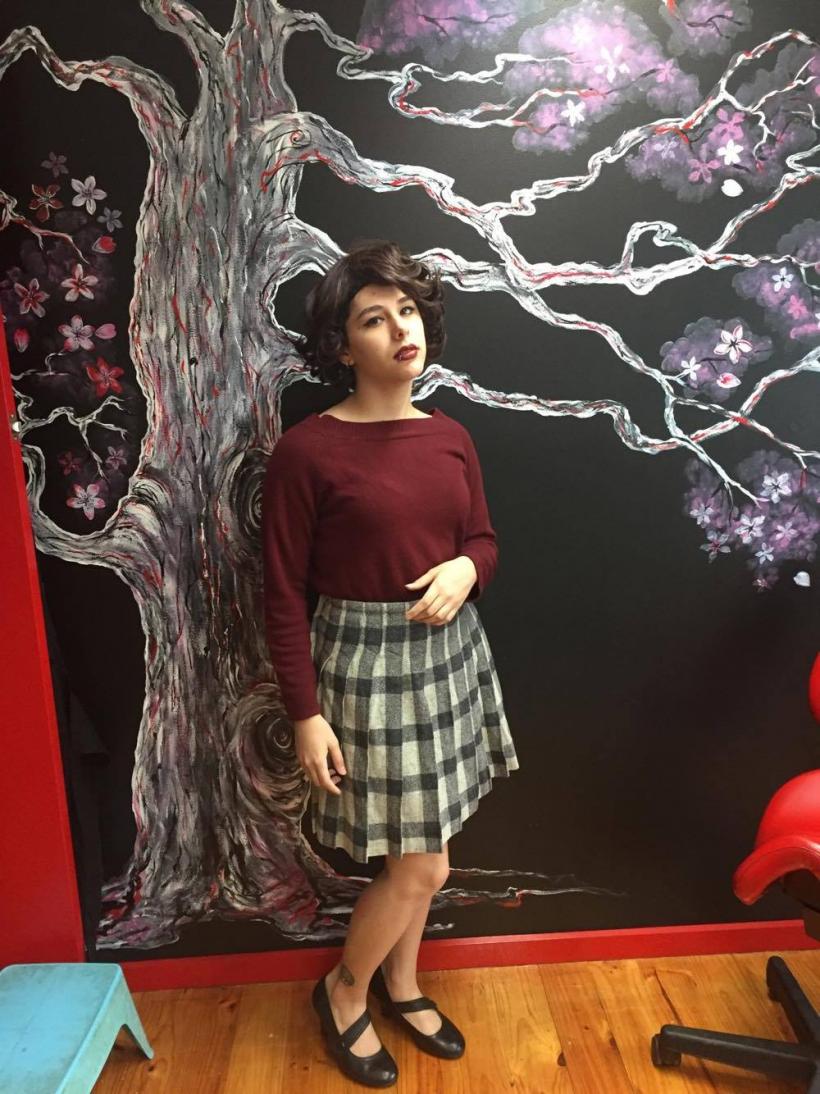 With summer firmly in the rearview mirror and autumn’s pumpkins spicing up our beverages and wardrobe tones, it’s finally every grown-up kid’s favorite time of the year: Hallowe’en season. And what better show than Twin Peaks, with its cool pseudo-retro and Northwest aesthetic of suits, wool jackets, warm sweaters and calf-length skirts for some low-key costume and style inspiration heading into the colder months? During this year’s Twin Peaks revival, I had the opportunity to connect with a niche group within the cult fandom of Peakie cosplayers of color, whose subversion of the show’s overwhelming whiteness is a glorious thing to behold as well as offering inspiration for other race-bending and body positive Hallowe’en costumes. 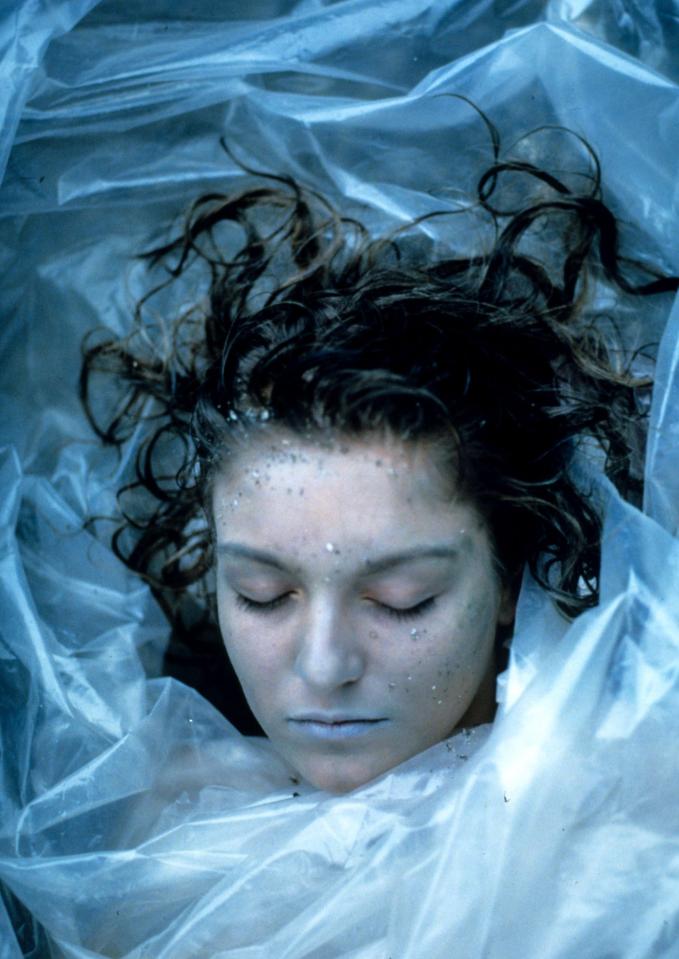 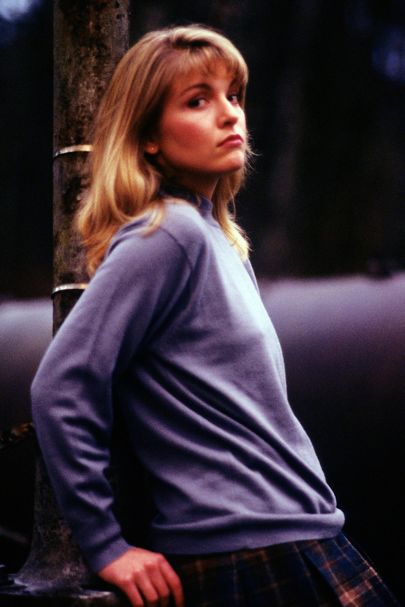 The iconic figure of Laura Palmer wrapped in plastic was the image that drew so many fans into the world of Twin Peaks and has kept us locked in all these years later.

Indian-American writer Swati Khurana’s performance art video as a Desi Laura Palmer has been shown in art exhibitions and other venues. Khurana is dressed as an Indian bride, with full regalia, gold jewelry, and henna-painted hands. Her haunting three videos hint at the disquiet underlying this wedding and the violence that this Desi Laura will not survive. 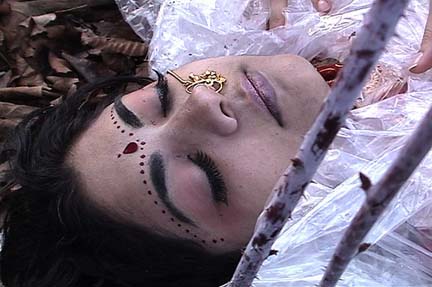 The piece is both evocative and provocative in its subversion of the blonde and white Laura into this new South Asian context. Swati says about her performance:

“When I first saw David Lynch’s Twin Peaks on television, I imagined Laura Palmer as an Indian bride, who prepares for her ‘curfew-less night,’ only to be found on her wedding day, in her sari, pale, dead and wrapped in plastic. I wanted to explore these juxtapositions: the bride as a corpse, the wedding as a crime scene, and marriage as taxidermy. Through silent film, I examine Victorian attitudes and their morbid, hysterical, and eroticized fascination with death and violence, as depicted in the scenes when the bride attempts to slit her wrists and drown herself.”

“The audience for my video was always art audiences, those who went to museums, galleries, festival screenings, and I think they are pretty generous about this kind of experimentation. So because I was showing it in an art context, and clearly dressed myself as an Indian Bride, with the full jewelry and bindis and saris, I was making a larger statement. Beyond having a different skin tone, I was really pushing the other cultural signifiers, swapping a row of bridal bindis for a prom queen crown, a red wedding sari for a sleeveless gown. People who knew Twin Peaks recognized the plastic wrap, the music, and general story line of the mystery.”

Since violence against women transcends race, shifting the narrative of a young girl abused and killed by her father to an unhappy bride soon to be murdered by her husband adds a new socio-cultural level to Laura Palmer as an American pop culture icon. 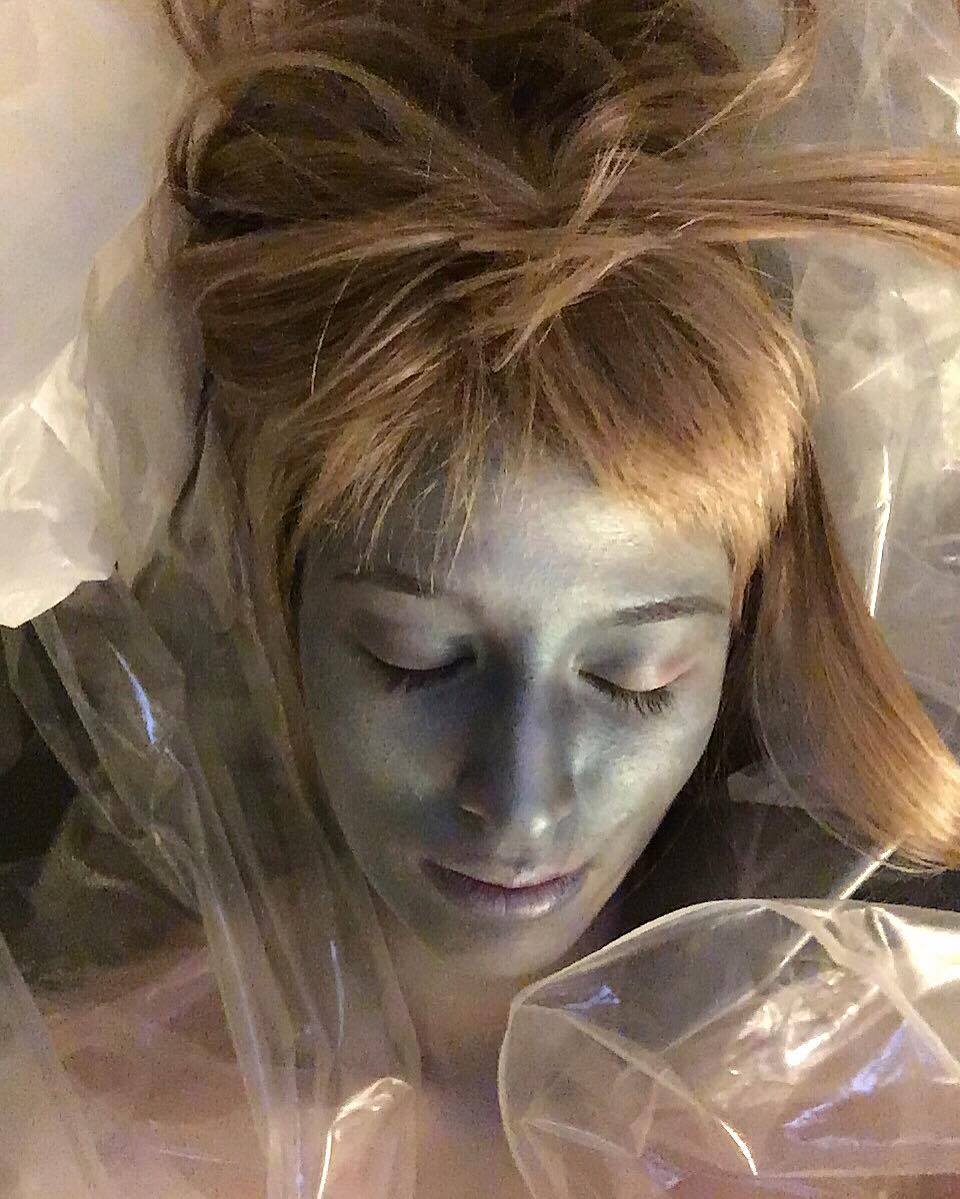 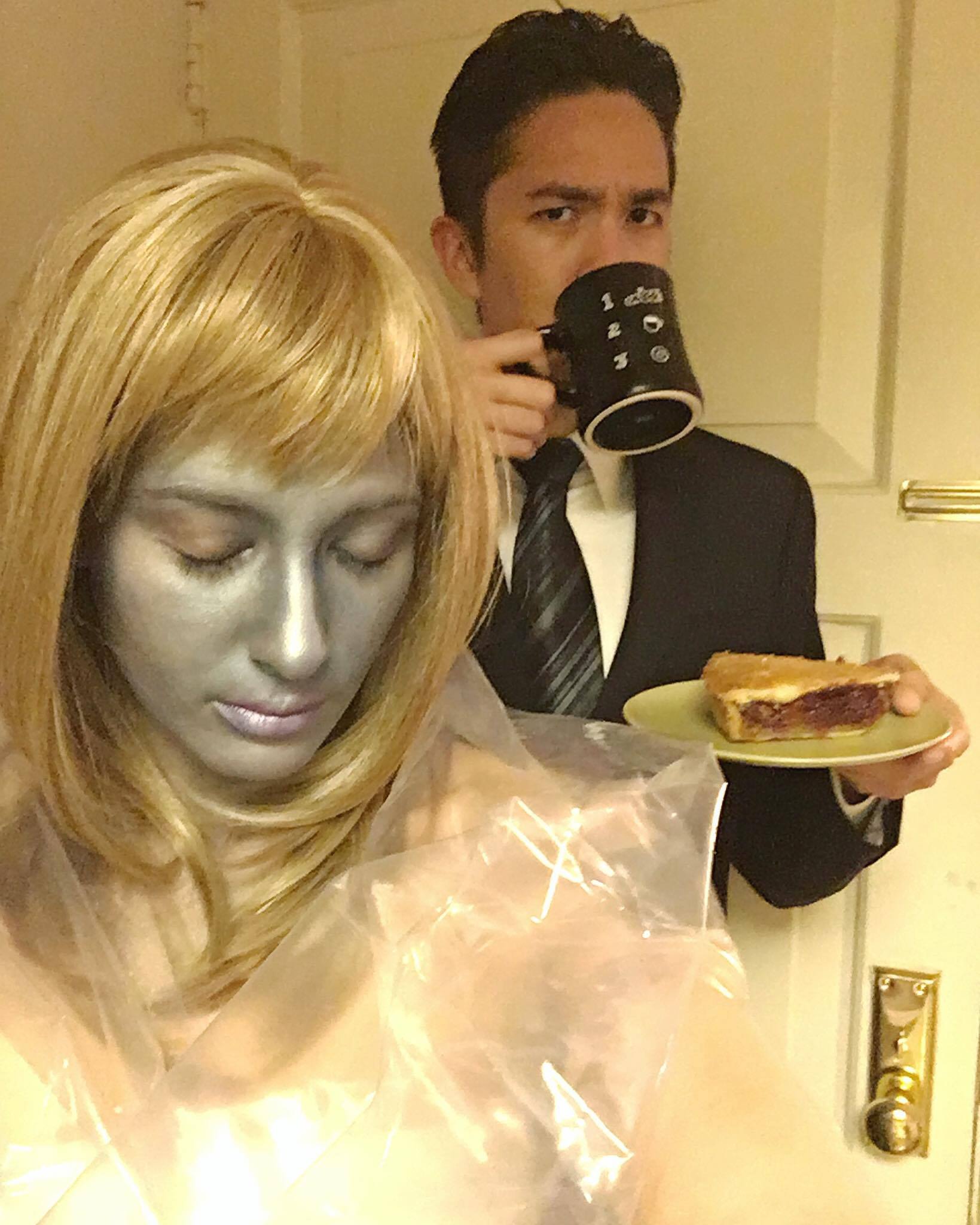 Celina La Flaca is a multiracial nonbinary person with Chicana, Japanese, and German heritage whose Laura Palmer cosplay has even been shared by Agent Dale Cooper himself, Kyle MacLachlan, on Twitter.

About why they are drawn to Laura Palmer, Celina says:

“I went through turbulence and abuse (non-familial) in past relationships and resonated with her without realizing it. Took a couple of viewings to realize why I resented her at first and then it really hit home.”

As for how their cosplay is received in person and online, Celina tells me:

“In person, my costume(s) have been perceived as very shocking (particularly the dead Laura one) but confirms the white passing that happens in some spaces because of the wig (depending on whether or not I dress as dead Laura or normal Laura). I am treated more kindly and as a gentile. And I ‘pass’ more as a cis woman so I am considered more attractive. Online, people have made sexual comments and vague rape/necrophilia threats. As in ‘I'd still do you.’ Or ‘You're a nice one,’ etc. It's hard to tell where the racism and transphobia separate...

It saddens me when BIPOC are ridiculed when they ask who to dress up as or participate in discussions on costuming. It can be extremely excluding and I find many white people have no problem proclaiming their racism online.

But should that stop BIPOC and people like myself from enjoying the program? From holding it to critical standards and looking fly as hell? No. It shouldn't. Twin Peaks, like any artwork, isn't perfect — and when cosplaying or dressing up, why shouldn't Cooper be Asian? Why shouldn't Laura be a trans latinx person? … Different interpretations, different origins, different faces. We're not all the same and people should stop trying to pretend we are.” 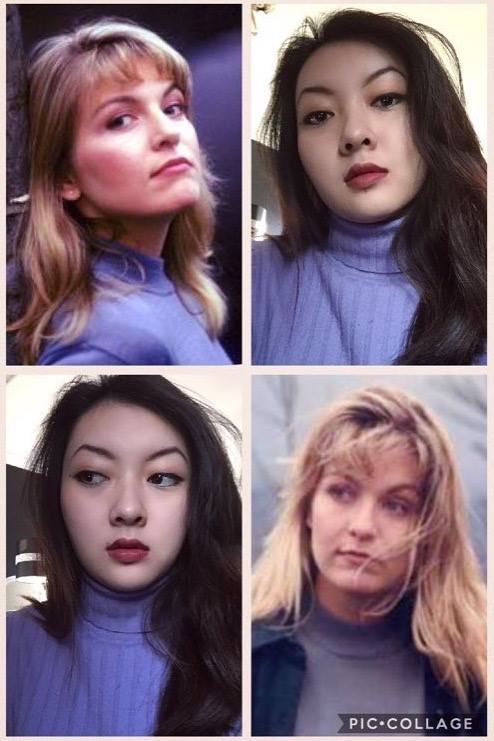 Chinese-American Molly Farrell-Savage takes daily inspiration from Laura’s style and look as well as Audrey Horne’s wardrobe. High-neck sweaters, long plaid-printed skirts, and only hints of eyeliner and lip gloss evoke Laura Palmer’s spirit when she was alive, rather than after her wrapped-in-plastic look.

“I chose Laura as a style inspiration because I just find her aesthetic so interesting. Laura's not stylish in the way that Audrey or Shelly is, but that's what makes her so intriguing. Like, you just know she's full of secrets. Her wholesome girl-next-door persona provokes curiosity about what's underneath the surface.”

Here it’s not so much costume, but eyes and expression that channel Laura’s beauty, sadness, and complicated nature. 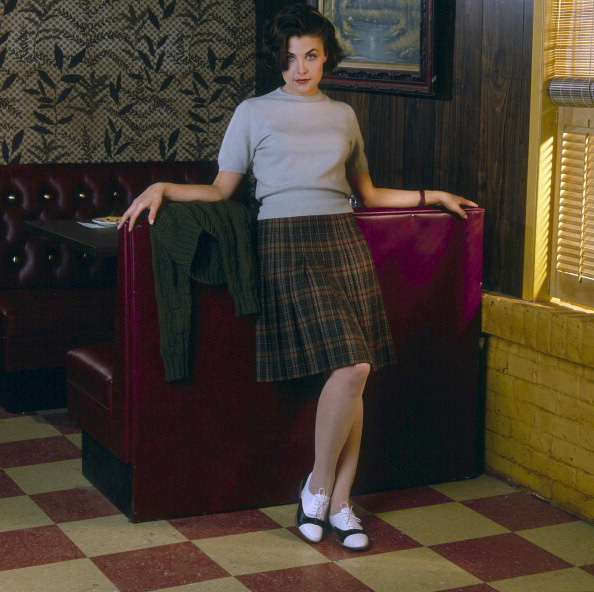 Audrey El-Osta is Australian with Greek, Lebanese, and Egyptian heritage who tells me, “I don't so much cosplay, more cos-emulate in my day to day life.” Bringing a new level of authenticity to this Peakie of color’s cos-emulations, Audrey’s parents are such Twin Peaks fans she is even named after their favorite character.

But while Audrey is inspired by both Audrey Horne and Laura Palmer’s looks, she says:

“I'm too afraid to post pictures or attempts of my take on Audrey Horne or Laura Palmer online; between being plus size and of colour, there's a lot my appearance doesn't conform to even with the gentle 1989–1990 high schooler aesthetic. I think that's why I just absorb the look in my day to day life, I'd rather people just think that's my style than even risk getting comments that the girls are paler, thinner, smaller and whiter.”

Conquering her fears, Audrey shares this self-portrait with winged-eyeliner and red lipstick that absolutely evokes the television Audrey she and her family love so much. 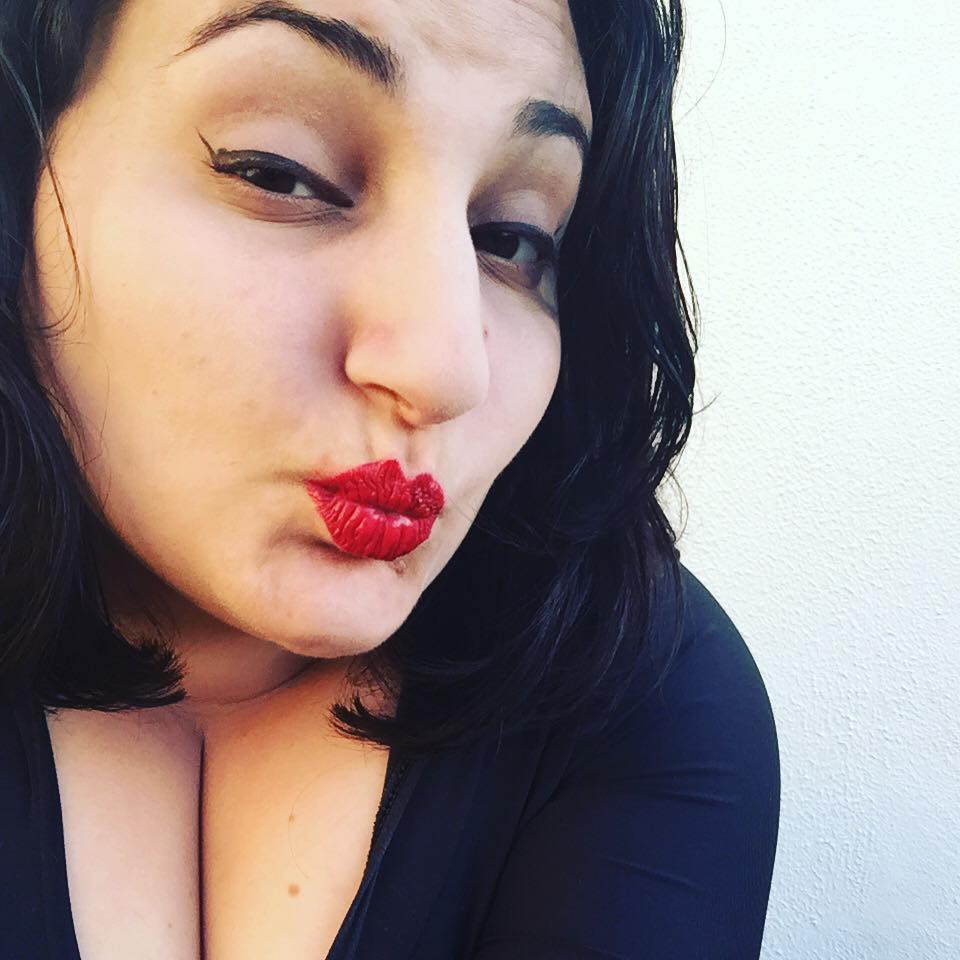 Nastassia Artalejo is a second generation Mexican-American who echoes Audrey El-Osta’s concerns about cosplaying as a bigger woman:

“Because I am white passing, [cosplaying] is a bit easier for me but because I am a size 22 and all the characters (aside from Heidi and Jacques Renault) are thin and modelesque. I am neither of those things and it's harder to pull off an Audrey or Shelly costume without fearing the backlash from Twin Peaks edgelords about being too fat. So I have to stick to characters with a ‘quirk,’ like the Log Lady or Nadine Hurley just to be able to kind of get away with it. The cosplaying world is not kind to anyone that isn't white or thin.” 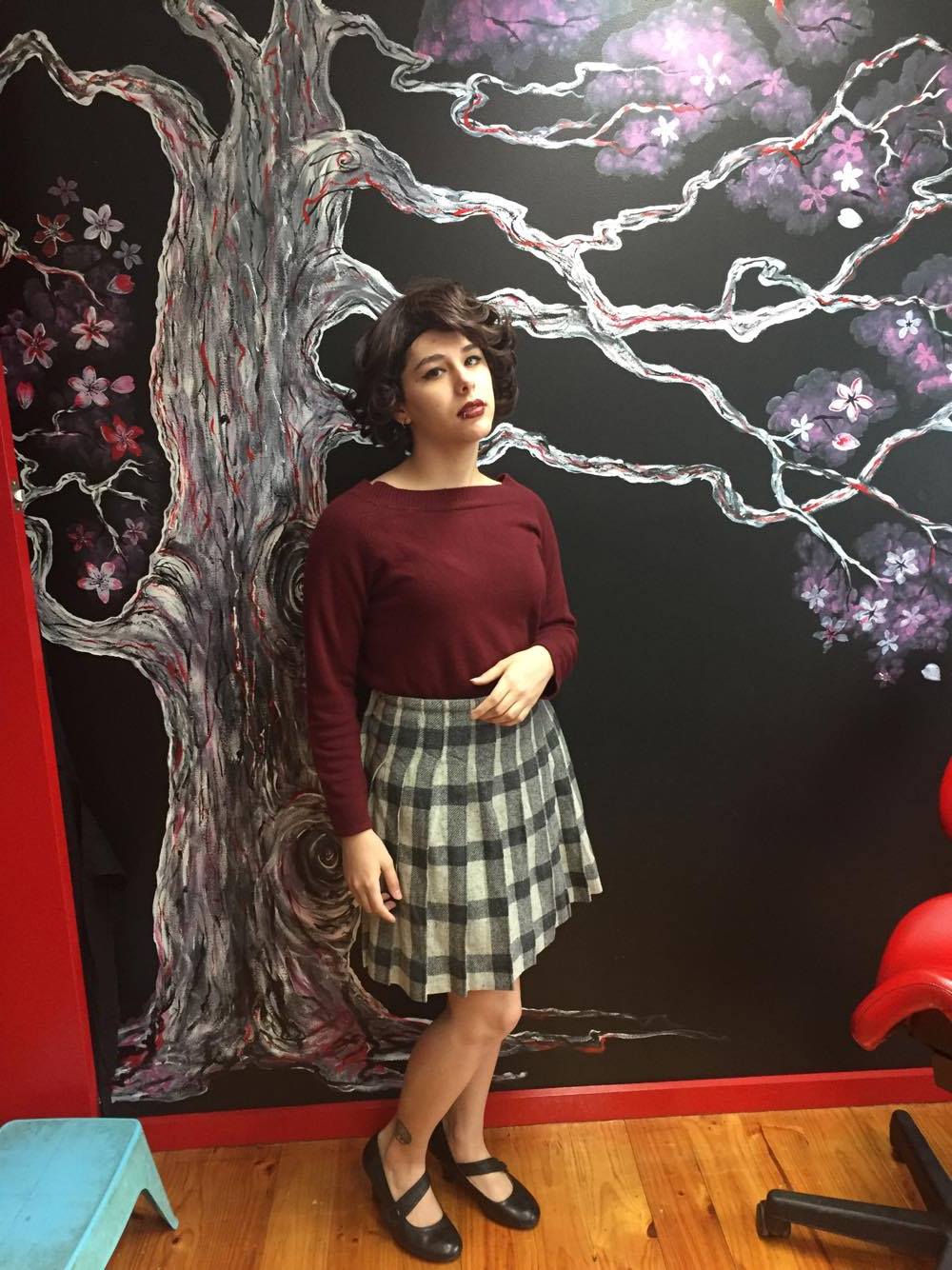 “I chose Audrey because the very first moment I saw her, I knew I loved her. Her character arc over the original series really resonated with me, and I just love how confident in herself she becomes by the end of the the original TP. Plus, she pretty much embodies the retro aesthetic I was already in love with — she's so dreamy! It was received pretty well, I have a feeling that I'm not recognised as her quite so quickly as someone with paler skin/white features. But those who did comment, said that I had her mannerisms just perfect and that my costume was great—which made me feel so good about myself.” 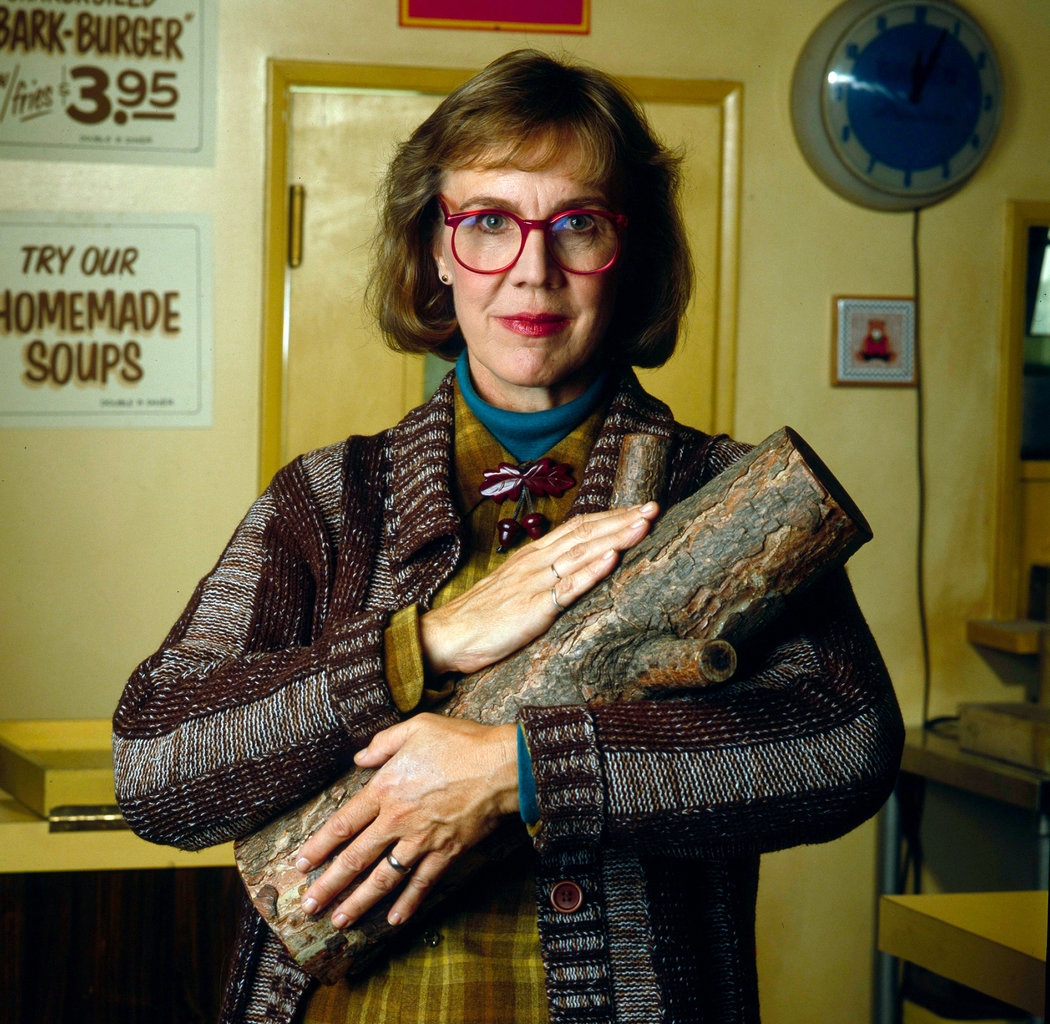 Nazia Jannat is Bangladeshi-American, Muslim, and in her words, “Feminist as fuck.” She recently dressed up as Margaret Lanterman, “The Log Lady”, for Videology’s Twin Peaks: The Return premiere event. About her outfit and why she chose Margaret Lanterman, Nazia says:

“The Log Lady is not only one of the most mysterious, but also one of the most underrated characters on the show. She is cast aside as a quack, an elderly and mentally challenged individual. But to me, she is so much more than her beautiful sweater collection and her love of food and her quirky gestures. She is the Greek chorus to David Lynch's tragicomedy, she is critical to Agent Cooper's investigation in so many ways both in life and death. What intrigues me is her unexplained connection to mysticism and what that means for the Twin Peaks universe. … Being a poet myself, I can't help but be drawn to her beautiful non sequiturs. [And] she's lived a long and lonely life but her legacy lives strong, more than 25 years later. I want to be as emotive and courageous a poet as Margaret Lanterman and I tried my best to emulate her homely style.”

As a biracial Sri Lankan American myself whose favorite character has always been Margaret Lanterman, seeing a brown Log Lady is a dream come true. Nazia captured her spirit perfectly.

And looking through this beautiful array of mold-breaking Twin Peaks cosplayers and cos-emulators reminds me just why representation and diversity matter so much: I’ve never felt so at home in Twin Peaks than I do imagining these characters as body positive women of color. In a show like Twin Peaks that is defined by its whiteness, and a fan community that actively attempts to silence discussions pointing out racism and sexism in the show, it is beyond refreshing to see these brave Twin Peaks fans of color front and center subverting the white aesthetic with their thoughtful costumes.

If you like this article, please share it! Your clicks keep us alive!
Tags
Twin Peaks
cosplay
style
women of color
fandom
representation
Halloween

How #MarchForOurLives Leaves Out Gun Violence Survivors Like Me
Sezin Koehler