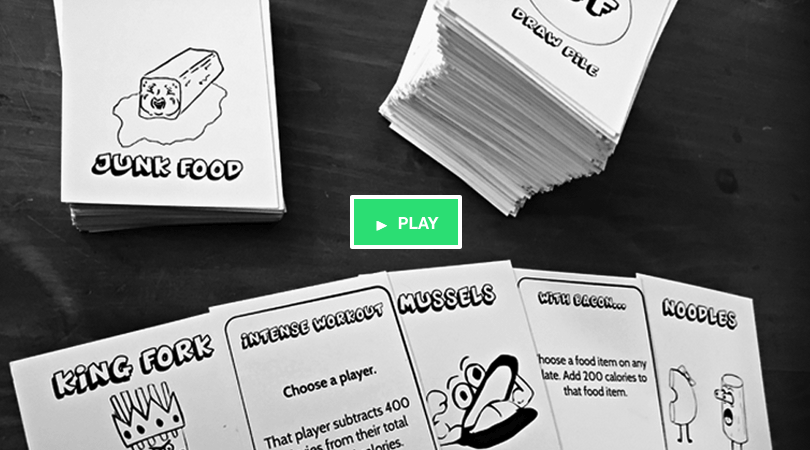 Hey There Fatty Game via Kickstarter

There is a new game on Kickstarter called Hey There Fatty! It comes packaged in a stereotypical Chinese food delivery container complete with a fat-shaming fortune cookie. The game just won DreamHack 2017's Best Multiplayer Experience Award, which is a shame because it’s a terrible, fat-shaming disaster.

According to the game's description, Hey There Fatty! is "a game unlike any you have played before. By counting calories, going to the gym, and yes, even hosting a potluck, you can strategize to beat your friends and family. Or if sabotage is more your style, go for it! Just don't end up a fatty!"

But fatphobia is one of the prejudices that people still seem to find completely acceptable.

The creators of Hey There Fatty! claim to have worked on this game for over three years. They dedicated time and energy for three years toward creating a game that has the express purpose of fat shaming and is based entirely on stereotypes about fat people.

In case you needed a reminder that internalized oppression is a thing, the creators have claimed that they are “overweight,” that they’ve played it with “overweight” friends, and that everyone thinks it’s hilarious.

Let’s be honest here — the game is not even clever. It's hardly “unlike any you have played before” if you are someone who has been stuck on the diet roller coaster, been fat-shamed (supposedly) “for your health,” or had every bit of their food intake scrutinized and commented on by family and friends.

Speaking of food scrutiny, with cards for binging, over-exercising, and a goal of food restriction, this game could just as easily be called Hey There Eating Disorder!

The fat shaming is bad enough, but the connection between this kind of fat shaming and eating disorders is real and dangerous.

Throughout the game, each player needs to maintain a healthy diet by keeping track of how many calories they have consumed. The game ends when the last number of "eat" cards are drawn. Everyone eats the food on their plate for the last time and totals up their calories. The closest player to 2,000 calories wins the game because all of the food we buy is based on a 2,000-calorie diet. If at any point a player goes over 4,000 calories, they enter into a food coma, pass out, and no longer get to play.

There’s so much bullshit here, from the idea that a “healthy diet” can be tracked by calories to the idea that you can tell someone’s size by their caloric intake. And, once again, the premise that becoming fat is losing is fat shaming AF.

Oh, and with three years of development, they couldn’t even be bothered to get the most basic information correct. According to their disclaimer: "The calorie counts on the food cards contained in this game are by no means realistic or indicative of actual calories contained in real food. This is a work of fiction after all."

The game may be "a work of fiction," but the fat shaming is all too real. With all the games in the world, why would you make one (or play one) that reinforces oppression, eating disorders, and fatphobia? Thanks, but no thanks. I’ll stick to Settlers of Catan.

If you like this article, please share it! Your clicks keep us alive!
Tags
fat shaming
games
fatphobia
activism