I Turn To The TV Show Friends When I'm Depressed 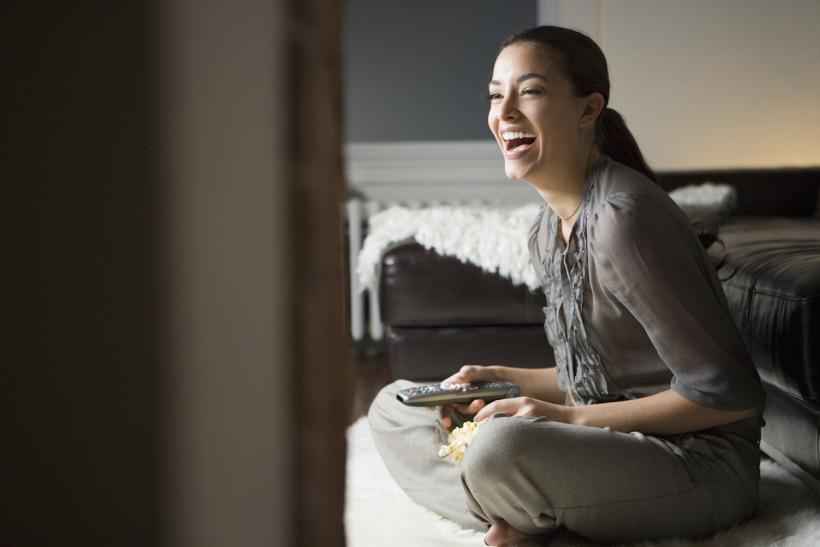 There’s a reason I turn to Friends when I get depressed. Ok, I lied, there are several reasons.

For a long time, though, I’ve known that there is a benefit to “escapism” through TV. Oh, but how hard it is to admit that! There’s such anger towards people who use TV for escapism, it seems; it feels like I should be reading a book or praying or doing something more "productive."

It feels like if I admit that sometimes reading a book is too hard or praying or reading the Bible is too heavy, I’ll be shut down. People will think I'm not trying hard enough.

But of course I know that I need to work for my health. It's just that sometimes… sometimes I can’t.

Sometimes I need to lose myself.

There’s a reason I turn to Friends when I get depressed. Ok, I lied, there are several reasons:

It’s not the most realistic show, of course, and sometimes I ache for what Joey, Chandler, Rachel, Monica, Phoebe, and Ross had in each other. But for the most part, when I turn on Netflix and start watching Friends, I feel at home. I feel like I’ve joined my family.

I love that, on the sixth round of FRIENDS, I'm still laughing as hard as I did the first time through.

I’ve watched Friends so many times that I know what’s going to happen just by looking at the thumbnail or the name of the episode. I know what sort of stressers there will be, but I also know how it’s going to end.

And that’s why it’s the show I turn to for comfort. Because while there is something beautiful in experiencing a new story for the first time, it’s also an emotional roller coaster.

I’ve been binge-watching The Bold Type recently (I’ve got a thing for people being friends in Manhattan, OK?), and I’ve got to say I’m really loving it. Except, when I say “recently,” I mean I haven’t watched an episode in weeks. I didn’t even finish the one I was watching, because Sutton was in an awkward situation and I didn’t know if she was going to get out of it OK.

And that was too much to handle.

It’ll be OK not just because it’s a sitcom and those are the rules, but because I’m intimately familiar with the denouements of every episode, every season, the series as a whole.

You know that episode in Friends where Phoebe discovers that a bunch of movies are actually really sad, and she can’t handle it? And the final scene is her watching something like The Muppets with Ben, and she’s glad that she knows what happens because, even though it gets wonky for a few minutes, she knows it’ll be OK?

That’s how I feel about watching TV. I’ve got to do it so I can lose myself in a different world and forget about my own hurt. But the best is when I know what’s happening.

Sure, Rachel and Ross are fighting at the beginning of the episode, but I know they’ll make up by the end.

Sure, it looks like Joey isn’t going to get an acting gig, but I know everything will work out for the best.

Sure, Monica is desperately desiring someone to love her (oh, wow, that’s really close to home) and she doesn’t know if she’ll ever find a husband (again, Monica, stop LIVING MY LIFE ALREADY!) but I know how it ends. I know that no matter what, things will be OK.

It’ll be OK not just because it’s a sitcom and those are the rules, but because I’m intimately familiar with the denouements of every episode, every season, the series as a whole.

In addition to being chronically depressed, I also have a tendency of weighing bad things extra heavily in my mind. I linger. It’s something I’m honestly trying to work on, as difficult as it is.

I spend a lot of time being anxious about my future, because I don’t know what’s gonna happen.

In Friends, I do know. And there’s something wildly relaxing about that. I desperately need it.

And maybe, just maybe, I can learn to think about my own present and future with the same laissez-faire with which I approach snags in the TV show. I’ll learn to wait it out, not jump to a negative conclusion immediately, and have faith that things will work out.

If you like this article, please share it! Your clicks keep us alive!
Tags
TV
Depression
mental illness
chronic illness
Friends
pop culture