Before The Internet, Love Was Simpler 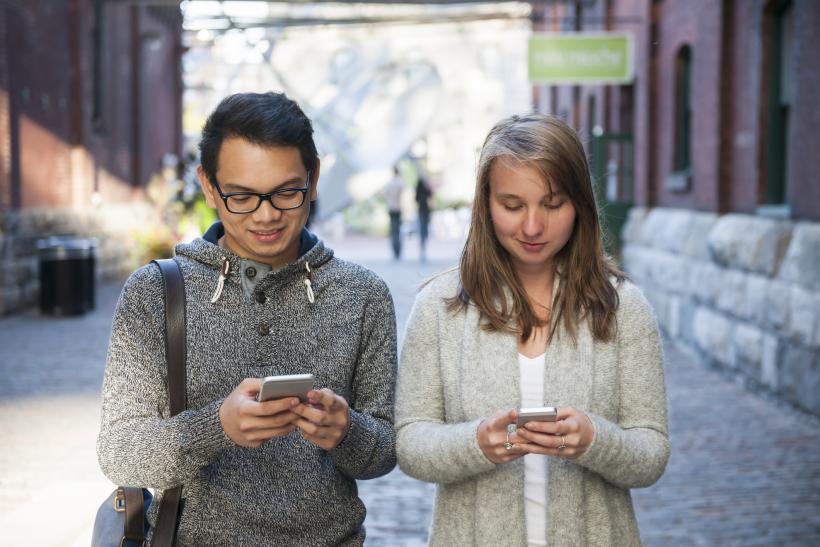 "A fake “poke” could lead to a real one, but nothing ever stuck, and why should it? Unfettered access to endless opportunities galvanizes the guarded masses."

In tenth grade, I lent a Depeche Mode tape to my crush. Inside the plastic case, I wrote “I like you” on an index card. Underneath, he responded “likewise.” “Like” was underlined. I consulted a paperback dictionary to determine the definition of “likewise.” It was all we could muster then, but in 1989 a one-word confirmation of mutual teenage attraction was enough.

This was the pre-Internet Dark Ages, when social media consisted of doodles on notebook paper folded into origami. One phone number sufficed for the whole family. Apps were starter entrées. Tweets were chirps. Trolls were goblins, and romance was simpler.

As a single woman in her 40s, I’ve navigated through liaisons pre-email and post-Facebook.

Once in high school, a girlfriend and I were attracted to the same guy. We called him from a landline and blabbed until my girlfriend fell asleep. Then the boy detailed his first kiss in hushed tones — just for me. I had yet to kiss anyone, and I was rapt. I glanced at my sleeping friend and thought, I win.

If social media had existed then, this intimate conversation likely would have been replaced with Instagram stalking. Instead of a memorable phone call, we may have dissected his curated, filtered world, gawked at girls he might be kissing, and speculated about his real life without asking him.

Then in college I fell in love lounging on the steps of the library, staring into my boyfriend’s eyes without the barrier of an iPhone screen. We researched via card catalog, reading while our legs touched under a table — before Googling made it easy to gather information solo without leaving the house. In lieu of terse texts sent hours apart and heart emojis acting as lazy 2D substitutes for affection, we connected face-to-face in a blustery park, rubbing our cheeks together, and went on double dates to the coffeehouse with Nietzsche and Raskolnikov.

I’ve become a person who is perturbed if I text and receive a phone call in reply. I’ve gotten lax in making in-person time for people when I have the ability to consume snippets of their lives online between Netflix originals.

A year into our love affair, he attended the University of Amsterdam on scholarship. For a semester in 1996, our correspondence consisted of two-week waits for treasured letters to arrive in the mailbox and rare, joyful long-distance phone calls. Before he left, he took a couple tasteful topless photos of me with a camera he would whisk overseas, where he would see the photos for the first time, along with one lucky Dutch film developer, and no chance they’d end up in the cloud.

We giggled while I modeled for negatives, no instant gratification possible, unlike the detached, empty act of modern-day sexting from separate locales.

In Amsterdam, my boyfriend experimented with drugs, failed his classes, made a best friend, and crushed on a Spanish girl. Can you imagine if I’d seen any check-ins, tagged photos, or Boomerang videos in real-time? No concrete visuals of this once-in-a-lifetime opportunity without me existed to clog up my news feed, inciting jealousy.

A couple months after our gushy reunion at the LAX gate, with his confounding declaration we were over, I didn’t have to witness what came next: I was spared a relationship status change when he dated a graduate-level teacher’s assistant after me. I wasn’t enticed to fall down the social media rabbit hole that now allows us to shadow people from our past, and I couldn’t text him. Instead, I sought solace in a two-year rebound. With contemporary technology, it would have been even harder to move forward without him.

Now, moving on from a relationship doesn’t necessarily mean a definitive severance of ties. Nine years ago, I ended an engagement with a lovely man. My gut assured me better matches awaited us. However, despite a 2,000-mile distance, we stayed in friendly contact. For years, we remained bonded through brief texts and the occasional FaceTime. When he finally met my replacement, I saw it unfold on Facebook, and while I wanted this for him, their newfound devotion still stung.

Needless thoughts of Why can’t I have that? and Why didn’t we ever go on a trip to Florida? needled my lonely brain.

He and I don’t text anymore, and I removed him from my friends’ list, but we still play Words with Friends on our iPhones. In what warped world is playing silent word games with former fiancés considered normal behavior? Disconnecting entirely takes a concerted effort in 2017.

But social media is double-edged. While scrolling feeds observing the highlights of others’ communal lives can act to solidify my solitude, if I chose to sidestep technological advancement, I’d further seclude myself. This is the real world now. We can’t un-know the vital convenience of cyberspace. As a consequence, for a few years I was immersed in the current “dating” culture, the line between boyfriends and acquaintances blurred into a free-for-all of hangouts and hookups. I succumbed to the noncommittal “heys” that popped up on my phone because it seemed like my only option.

A fake “poke” could lead to a real one, but nothing ever stuck, and why should it? Unfettered access to endless opportunities galvanizes the guarded masses.

My phone is now silent by design, but I’m still nostalgic for the days when single people met off-line. I long for genuine closeness and sustained concentration, including my own. I’ve become a person who is perturbed if I text and receive a phone call in reply. I’ve gotten lax in making in-person time for people when I have the ability to consume snippets of their lives online between Netflix originals.

If that’s technology’s effect on me, what will become of my four-year-old nephew’s generation, children who have their own hashtags and photos plastered on social media without their approval?

After they outgrew love-ins, baby boomers too were concerned about “kids today.” They worried about Generation X ruining our attention spans with Atari and aging prematurely with suggestive sitcoms and Playboy magazine centerfolds. Regardless, we grew up semi-intact and became affectionate adults despite ourselves.

So, as we anticipate pervasive virtual reality, cautious optimism can be extracted from this: the human need for real-world love will never vanish. Behind social media smokescreens and blistering comment threads sit beating hearts with sincere desires. At our core, we all hunger for reciprocal romance.

So, while the ways we interact have morphed, devotion is still the end game, however we may find and sustain it.

Before The Internet, Love Was Simpler
Chelsey Drysdale