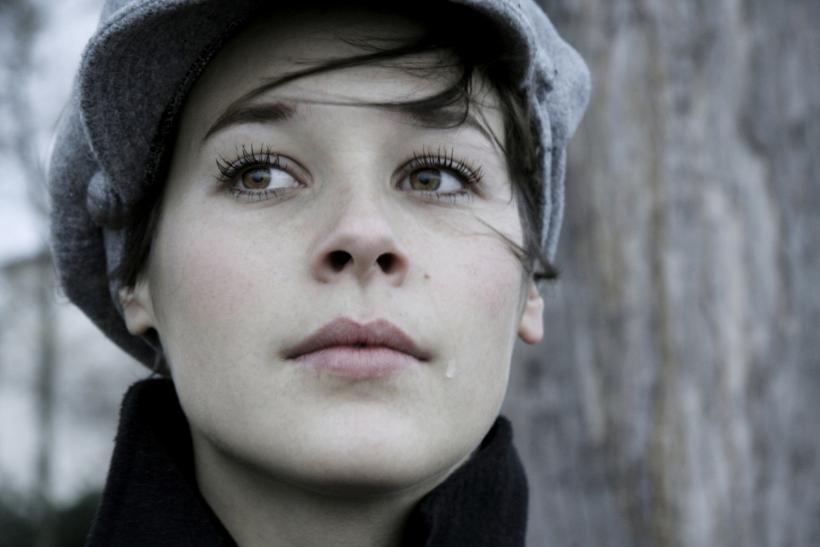 My scars will always be at my feet, but the blame for how they got there no longer is.

Confession: I have sex with my socks on. In fact, I do almost everything while wearing a pair of unfashionable white ankle socks. I wear them to the pool, I rock them with dresses, I stuff them in my bag to wear at weddings once pictures are done.

I’m not a never nude, and no, I don’t have an obsession with germs on the floor. Nor is this some religious-based desire to shield my flesh from the male gaze.

The real reason I embarrass myself like this is because I’d rather have people think I lack fashion sense than let them get a glimpse of the scars that decorate my ankles.

When I was four years old, my father gave me a bowl of boiling hot soup. Not figuratively, but literally. I was wearing a particularly fabulous '80s tank top and capris set at the time, patterned in neon tropical fruit. I was seated on an armchair in front of the television with a TV tray in front of me, and I tried to put the bowl in my lap, so that I wouldn’t get any drips on the upholstery.

Instead, the bowl tipped over onto my exposed lower legs and ankles. I remember screaming, and my father stumbling out of the bedroom where he’d passed out after fulfilling his lunchtime duties.

The damage was severe, with the skin on my calves and ankles ranging from fire red to white and peeling away like crumpled tissue paper. After a few seconds, it stopped hurting. I thought I could slap on some Mickey Mouse band-aids and go back to watching Nickelodeon, but I didn’t know that the lack of pain meant the nerves in my ankle had been burned beyond repair.

My father did the right thing for a change and took me to the emergency room, where somehow the question of why he was red-eyed and slurring and how come he didn’t think to check the soup before giving it to me never once came up. ('80s fashion was great. The child protection system — not so much.)

My father has severe addiction issues, along with a temper that would make Cruella de Vil cower. Rationally, I know he was probably half asleep and high as a kite when he made me that bowl of soup. Still, a part of me has always felt that I must have done something to deserve what happened.

Honestly, suffering third-degree burns to my legs as a kindergartener wasn’t as awful as you’d might think. I soaked up the special attention. I wore a cool pink bandage that all the kids in my class scribbled on. Friends held my hands to help me walk on the playground. I got to go weekly whirlpool therapy sessions in the middle of winter, where I belted The Little Mermaid soundtrack off echo-y tiles as I swirled my legs around in the warm water.

The only thing that sucked was the tight, uncomfortable scar sleeve my mom forced me to wear in an effort to flatten the scars on my leg and make them less noticeable.

Eventually, that inescapable and annoying sleeve came off, and I was left to live with the damage that bowl of chicken noodle soup left behind. My left ankle got the worst of it, a palm-sized patch of hot white flesh with a few light brown splotches sprinkled throughout that gets even more noticeable when the rest of my skin is tan. My well-meaning friends have always told me my scars “aren’t that bad.” They were even a source of entertainment when we were bored teenagers, when my friends would poke my ankle with a safety pin to see if I could feel it (I couldn’t).

But in spite of the fact that other people don’t seem freaked out by my mottled ankles, I’m bothered by them. I don’t own flip flops or the cute strappy sandals that look so adorable with maxi dresses. My shame over my scars is so bad I even wear socks to the beach. I’ll only take them off once I’m sitting down and can plunge my legs into the sand where no one can look at them.

Perhaps the reason I’m so self-conscious about people seeing my ankles is that I’ve never been able to shake the feeling that the scars were my own fault. My father has severe addiction issues, along with a temper that would make Cruella de Vil cower. Rationally, I know he was probably half asleep and high as a kite when he made me that bowl of soup. Still, a part of me has always felt that I must have done something to deserve what happened.

I remember the way he pointed the finger at me when my mom came busting into the emergency room all those years ago. “If she hadn’t pulled the bowl into her lap, this wouldn’t have happened.”

Four years ago I became a mom to twin boys. They’re energetic, smart and never stop talking — essentially, male versions of myself at that age. They’re frustrating and exhausting at times, but my love for them is something I feel deep within the core of who I am. Their safety is always at the forefront of my mind.

Like other preschoolers, they frequently tip over their milk cups or drop spoons on the floor. And when that happens, I’ll sigh, of course. But I don’t blame them because they’re only children.

It took becoming a parent myself to see how that bowl of soup wasn’t my fault. Sure, I tried to move it, but a child’s inherent trust in their parent meant I could never have been culpable for what happened. Who gives boiling soup to a child?

Realizing this has been freeing, to the point where I think I’m finally ready to wear a pair of flip flops this summer without covering my ankles in bandages first. Nothing flashy or with rhinestones. (We’re talking baby steps here.) I’m thinking a basic foam model, in purple perhaps.

This year, when my boys beg me to put on flip-flops just like them before we head to the pool, I believe I’m finally ready to say yes. My scars will always be at my feet, but the blame for how they got there no longer is.

If you like this article, please share it! Your clicks keep us alive!
Tags
scars
parenting
alcohol abuse
recovery
self-love
self acceptance