Love, Alexi: I Did It. I Got On Tinder 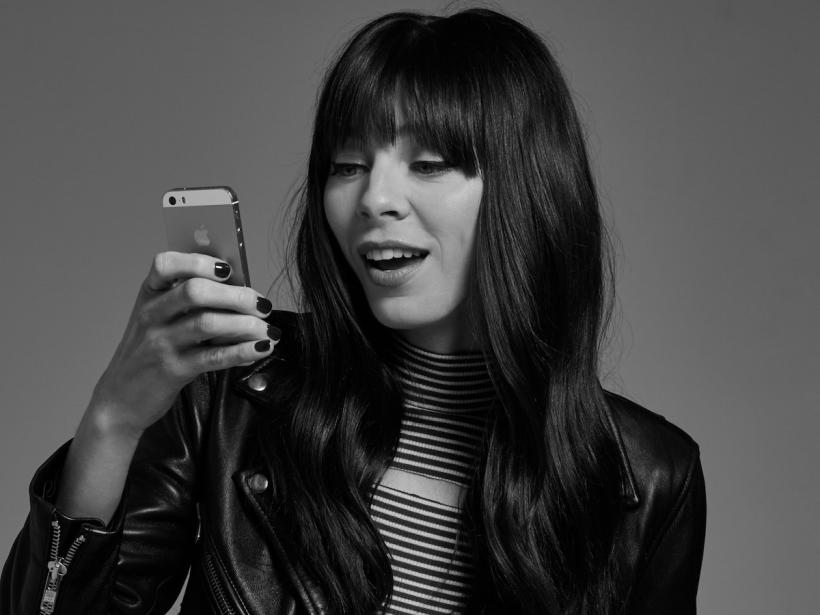 Read Part One of my Tinder journey here.

I was now, officially on Tinder and it was like I had been sucked into a vortex and I couldn't get out.

Holy shit! I know you know what I’m talking about because I am way late to the party, but please let me vent! There was so much to take in.

Wow. This place is a madhouse. Talk about NOT curated. I felt as though ALL of humanity was on this thing. I’m a cisgender hetero woman, and the men I was presented with… wow! SO many different types. I would call it a cesspool, but I’m not an asshole. Actually, to the naked eye, Tinder IS a disgusting cesspool, filled with men who present themselves in a ridiculous way. There, I said it.

I’d say someone needs to teach men how to showcase themselves on Tinder in a sexy, cool, non-murdery way… but I was very grateful/thankful for the clues I was given. Anything that helped me know I should swipe left was appreciated.

All the bizarro, aggressive captions and horrible photo choices I saw immediately told me if someone was an angry, woman-hating, misogynist.

Good for them for being so transparent or at least un-self-aware. So many different kinds of people, faces and approaches to life and wooing women. May I share with you some of the profiles I encountered and the things I noticed? I have to because it was FUCKING nuts!

What I saw: A lot of photos from the POV of men's dicks. I mean, seriously? The camera placement RIGHT by their dick and them looking down at the lens like they’re looking at you as if you were giving them a blow job! Why? Was this an Incel “Tinder Profile” YouTube tutorial I missed? And also, doesn’t everyone know that shooting from below is NEVER flattering? Get with the program!

Moving on, I noticed a lot of unfortunate tribal tattoos and a lot of creepy eyes (And when I say creepy eyes that means they ranged from any of the following — dead inside, crossed, glazed over, each eyeball literally looking in a different direction.) which is actually fantastic because then you’re like, “Oh, so this guy is like an overt murderer? Oh, that guy surely wants to kill me? Okay, cool, noted. I’m just gonna swipe left real quick!”

There are a lot of flip-flops, which I could do without. Flip-flops at night to be more specific.

You Might Also Like: I Used Tinder Purely For An Ego Boost And I’m Not Sorry For It

Here’s something I think is essential to put out there: MEN, don’t include photos where you’ve clearly cropped out a woman you used to date or might STILL be dating. Just take a clean, fresh pic! What are you doing? Even if she’s just a sister, a friend, a female who is alive and breathing, it looks suspect and/or like you’re so insecure, you need visual proof that you’ve been near a woman before.

I saw lots of poorly lit photos of men drinking alcohol in questionable places, looking sweaty, puffy, and more excited about the alcohol than me (or the possibility of me).

I saw lots of brutal, unnecessary captions. One example I will never forget was: “GOD FORGIVES. I DONT!” Jesus buddy! Okay, we get it! You’re the worst! Take it down a notch or twelve.

Another caption read “What is your fucking truth?!” I was like, “Gawd, I don’t know. But when I do, I def don't wanna tell you!”

There were a lot of pix of abs, JUST ABS, reflected in filthy bathroom mirrors with remnants of pus or toothpaste grime all over them.

Men, CLEAN your mirrors! The cropped photo of JUST your abs is one thing, but the mirror stains… too far!

I mean, my gawd, there are so many people on Tinder you could lose your whole day. I lost three hours of my life one afternoon, swiping through people. You never run out of people. Tinder never stops. People are rolling through 24/7.

I saw lots of couples on there looking to swing. I saw a lot of captions from men that said “looking for ethical nonmonogamy: married but engaged in ethical non-monogamous relationships.” which is not attractive to me. But it's cool they're honest!

Just boring ol’ monogamy from a person I hope is telling the truth and looking for the same thing, who signs up to the same beliefs system as me.

As far as I’m concerned, as a single girl, I’m in an open relationship WITH THE WORLD. So if I’m lucky enough to meet someone I find interesting, who I lust after and want to have sex with and talk to and hang out with, that’s exciting enough for me. I don’t need to also try to date a bunch of other people. Who has the time anymore?! That sounds exhausting. I’m a multi-hyphenate for god's sake! There’s too much to get done.

But back to the do’s and don'ts of Tinder: I spotted a lot of Kangols and fedoras (I guess they aren’t just reserved for Raya), men who list "sarcastic” as one of their most coveted character traits in their bio. My therapist says sarcasm is unresolved rage, and I believe it.

Sarcasm is not to be confused with wit and charm.

Sarcasm is always at the expense of another person's feelings and disguised, or masked as a ‘joke.’ Fuck that. I can’t stand sarcasm. And I definitely don't wanna date someone who leads with and prides himself on it.

Just when I’d nearly exhausted myself and was about to end my (what seemed like an eon) tinder sesh and move over to my usual smartphone drug of choice — Instagram, more specifically, Instagram stories — I came across a handsome, brunette guy. I clicked on his profile so I could see more.

He was truly handsome. Not to mention stylish. There were photos of him looking happy and calm in effortlessly chic pullovers, simple crew neck tee shirts (NOT deeps V’s) in navy or black. A pic in a button down and even one in a tuxedo. A tuxedo! He looked kind. Is that possible to glean from just looking at photos? He looked familiar, but I knew I’d never met him. More a feeling. And what’s that? His bio was simple, and not offensive. “Tall, British, and (he listed his profession, but I’m not including that detail in this story).” I swiped right, DUH, happy to have FINALLY seen someone I was attracted to.

That was enough. I was done with Tinder for the night. I was exhausted. Plus, I had other shit to do. I mean, I had the rest of my life to live. Didn’t I tell you I was a multi-hyphenate with an Instagram addiction? It’s QUITE a balancing act. But just as I began to close out of the app, I was alerted to a match! WTF?! Yikes (in a good way)!

Oh my gawd, it was a match!

I’d matched with the hot, tall, stylish, intelligent seeming, kind-eyed, smiley in some pix, and ruggedly James Bond-esque in others, British babe hunk! Wow! Man, was I pleasantly surprised with Tinder so far. It was already starting! I was only NEWLY out there, and now I had a MATCH?! Any and all of the self-help books, even Lacy Phillips herself, would be proud of my progress.

But I’d had enough excitement for one night. I’d resume this search for connection tomorrow. I closed out of the app, turned my phone on silent (not that I receive push notifications or anything. I’m not lame!), switched the light off and went to bed; In calm, cool, anticipation of what was to come.

If you like this article, please share it! Your clicks keep us alive!
Tags
Love Alexi
Alexi Wasser
self-help
dating
single
Tinder