Men May Prefer Younger Women, But Women Don’t Give A Sh*t 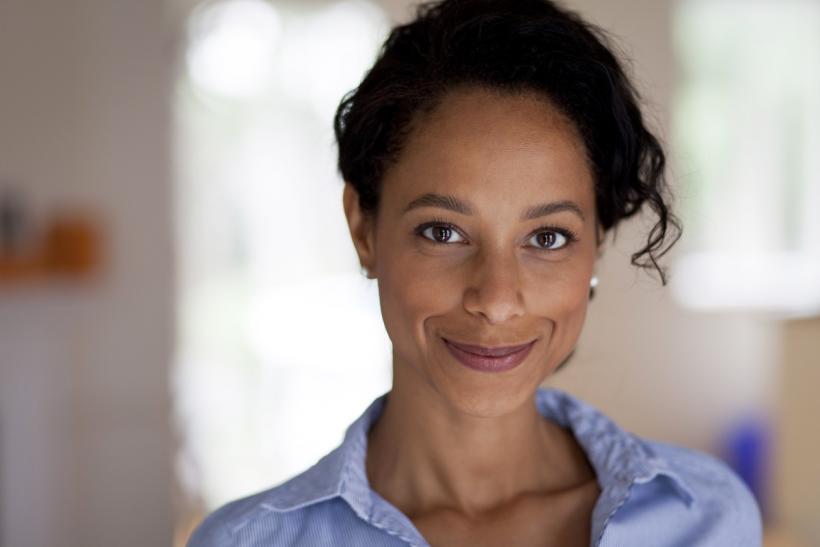 In 2014, OKCupid founder Christian Rudder published Dataclysm, a comprehensive book of his statistics and analysis from the popular dating site. One chapter centers on what Rudder calls “the nexus of beauty, sex, and age,” tracking the opinions of both men and women on what age they find most attractive in the opposite sex.

The subtitle of Rudder’s book reads, “What Our Online Lives Tell Us About Our Offline Selves.” I think about this data a lot, especially when men pay me compliments like, “You’re attractive because you look SO much younger than you actually are,” or express desire for a woman who “isn’t old enough to be jaded by the world yet.” As if somewhere in a pristine glass case, an ideal woman sits untouched by time or experience, and her playful, carefree nature will cure you of all life’s woes.

Knowing no one like this, I surveyed a group of actual women: specifically, 10 of them ranging in age from 28 to 49. They are teachers, students, counselors, lawyers, hair stylists, and health care professionals. Five are mothers; one is expecting. And as I read their answers, I got a sense of the enormous — but not surprising — disparity between how society feels about women aging and how they feel about aging themselves.

Every respondent observed that aging men are regarded much more positively than aging women. They associated descriptors like “haggard” and “bread that is past the date” with older women, but noted that their male counterparts get to be “distinguished” and “sophisticated.” Several women said that while they have rushed to cover up grey hairs, the “salt and pepper look” on men is highly revered. “Our ‘president’ said on Howard Stern that age 35 was ‘check out time’ for women,” says Telaina, 49. “Our society loves attractive people. But a man can have a ‘dad bod’ [and] a woman is judged harshly for ‘letting herself go.’”

“Are we to feel shame if we don’t buy into the whole ‘hold on to your youth’ attitude?” asks Megan, 33, pointing to the barrage of rejuvenating products and services marketed to women. Sometimes, Telaina adds, the push for women to look younger, thinner, and smoother “is guised as concern, [but] what they mean is, ‘show you’re still trying to be attractive to men.’”

Amanda, who is 28, describes youth as a “double-edged sword” because she looks young for her age. “I’m taken less seriously and underestimated in basically every situation that arises,” she says, “but I notice that older female lawyers are treated similarly…as if their age is also a detriment, despite the fact that their experience is gigantic.” Given the answers, I have to wonder if the centering of men — the compulsion to keep them happy, comfortable, and unthreatened – is at the root of these pressures.

Fine lines and cellulite are worth living to see another day.

I asked these 10 women what they disliked about getting older. Some of the dislikes were pretty predictable and universal: age spots, wrinkles, cellulite. But the responses were largely more focused on physical discomforts and potential health concerns than issues with appearance. These included menopause, arthritis, aching joints and muscles, and worries over melanoma from too much time spent in the tanning bed.

Complaints aside, there was a powerful amount of gratitude for the aging process because, according to Telaina, “it’s better than the alternative.” Amanda says, “I try to remind myself that aging is a privilege denied to many,” while Angie, who turns 40 next year, isn’t looking forward to the milestone but says that she’s “glad to have made it here as I know some are not as fortunate.” Bobbi, 45, treasures each year after having survived cancer. “I’m looking forward to my 46th, 47th, 50th, and 60th,” she says. “Every birthday now is a milestone.”

When I asked these women what they liked about aging, they overwhelmingly pointed to improvements in confidence and self-image: at work, in personal relationships, and when making big decisions. Though some miss having fewer responsibilities in their youth, they said that it’s much easier now to sort out what’s important from what isn’t, and that the only reason they’d want to go back in time would be to give their younger selves that new knowledge. Some also noticed that confidence and wisdom with age leads to more positive acknowledgement from men rather than less. “As I have gotten older and more comfortable in my own skin, I get more attention from men than when I was in my younger years,” Megan says. Jaime, 39, also gets “much more attention.” She laughs, “I must be like a fine wine.”

In their own words, here are what women enjoy most about getting older:

Telaina, 49: “I’m looking forward to my kids being more independent, and how much time I will have [after] the labor of daily parenting.”

Angie, 39: “I have traveled a journey thus far that I was not prepared for and I feel like it has shaped me.”

Bobbi, 45: “I like knowing myself and having learned that others’ opinions really don’t matter. It’s my opinion of myself that matters.”

Megan, 33: “I have learned the importance of self-advocating, of self-exploration, and most importantly of kindness. I like myself as a partner and lover and feel really comfortable asking for what I need and want.”

Beth, 32: “I think I feel more sure about my future than I did when I was young. More secure with more direction.”

Amanda, 28: “I know who I am [now] and pretty much anyone who doesn’t like it can fuck themselves.”

Nicole, 28: “This probably sounds so cliché, but I like that I feel wiser. I have more life experiences and am about to learn from them better than when I was younger.”

Jaime, 39: “I was very unhappy five years ago because I was in a toxic relationship, [but] had I not dealt with that, I wouldn’t be where I am today. I feel better every single year. I want to do and try new things. I can enjoy it now!”

Jamey, 47: “Physically aging sucks, however, mentally I am so much smarter and interesting now than I was when I was younger. I like myself more now than I did when I rocked a bikini.”

Michelle*, 30: “I truly wish I could put into words how much I enjoy getting older. My personal goal is to raise my daughter in a different way than I was raised. So that she always knows she is enough.”