The Movies Lied To Me 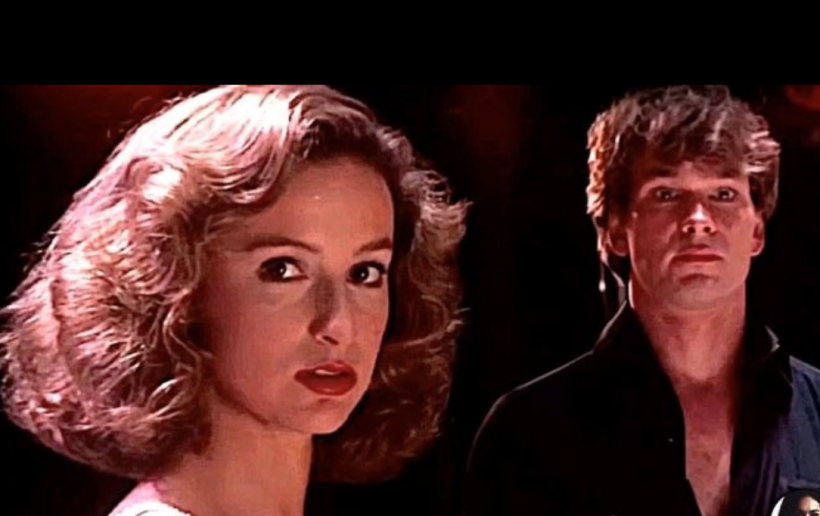 It took quite a few years before a kiss felt worthy of movie magic for me and I am still waiting to be danced into bed. (Image Credit: Instagram/wolvicity)

At 16 years old,  I am about to experience the biggest anti-climax of my young life.

I am slow dancing in a sweaty little nightclub in London's West End. My friends and I conned our way inside without ID. “All The Things Your Man Won’t Do” by Joe is playing. (I know, it was 1996!) I’ve had one too many Martini Bianco’s, some of which stained my velvet catsuit (again, it was 1996) and it’s about to happen — my first kiss.

I know his name (I think that’s what he said at least), it’s loud in here. He looks about 18, but apart from that I know nothing about this boy who is obviously going to be my first boyfriend, maybe even my husband, who knows!

And then it happens, he leans in and I am overcome as he kisses me by the sheer volume of Axe body spray he has doused himself in. I guess you could call it that. It felt like a fat wet slug crawled inside my mouth and then frantically looked for a way out.

As I come up for air, I can't help feeling swindled.

I was sold a bill of lies — a romantic trope tied up with a big '80s polka dot back bow — and the disappointment is tangible.

This moment I have waited for so long is a huge letdown and I blame all my favorite movies for setting me up for failure.

I remember the first time I saw a French kiss on screen. It was between Charlie and Maverick in Top Gun and I watched with a bunch of giggling school girls at our first slumber party.

We almost wore out the rewind and pause buttons trying to see exactly what Tom Cruise was doing with his tongue in Kelly McGillis’s mouth. “Is that how you do it?” we cried. “It’s so gross!”

Once we got over our initial surprise of how people actually kissed we couldn't wait to do it ourselves — practicing on mirrors or the side of the bathtub and waiting anxiously for our turn.

In our school, like so many schools, girls were split unfairly into two groups. Those that had been kissed — sluts — and those that had not — frigid cows. Our sexuality was polarized but always negatively. I didn’t want to be in either camp, I just wanted to meet my “one true love” and dance with him on a log in the Catskills, like Baby and Johnny in Dirty Dancing. I would fantasize about my dad not liking him and how he would have to fight for me. Or sometimes I would mix it up and imagine us getting so hot and heavy we would break the shower like Kevin and Leslie in St. Elmo’s Fire and, of course, I would still be wearing my pearls at the end of it all.

I may have also been expecting some jewelry to be involved in my first romantic escapades, seeing as every John Hughes movie seemed to feature a pair of diamond earrings being gifted to the heroine or shared with the bad boy, like Bender at the end of The Breakfast Club. I failed to realize that I wasn't exactly in the same demographic as these rich valley girls and there aren't too many teenage boys in the East End of London with diamond buying money to burn... and if there are you should probably give them a wide berth. Drug dealer alert!

The romantic movies of my childhood and teens made me normalize some very unsavory behavior. Like thinking a boy behaving like a stalker was romantic. When Lloyd stands outside Diane’s window with a boombox in Say Anything, I felt my heart skip a beat. But looking back it was creepy AF.

As I untangled myself from my first kiss letdown and got used to the weird foreign taste of someone else’s saliva in my mouth, I felt a bit sick. It might have been the cocktails, but the disappointment sure was bitter too.

This nerdy "never been kissed" tween soaked up every quasi-romantic scene and was left with some serious misconceptions about doing the deed.

I am surprised I didn't ask for compensation afterward. Not only because it was so disgusting that it constituted ‘pain and suffering,’ but also because so many of my favorite movies also glamorized the sex trade, like Can't Buy Me Love and Pretty Woman. They seemed to be pushing the message that not only should love and sex be monetized, but that through this arrangement I would meet my Prince Charming and be “saved.”

The '80's and '90’s gave me such an unrealistic view of love and sex. This nerdy "never been kissed" tween soaked up every quasi-romantic scene and was left with some serious misconceptions about doing the deed. No wonder real life didn’t quite live up to the public declarations of love that seem to feature in most rom-com movies but would surely equal social death and ridicule to a real teenage boy.

It took quite a few years before a kiss felt worthy of movie magic for me and I am still waiting to be danced into bed.

All I want is an elaborately choreographed scene in front of my friends and family where I am revealed to be an amazing dancer and launched into the air in a finale lift of poise and true love. Is that really too much to ask for??

If you like this article, please share it! Your clicks keep us alive!
Tags
Movies
film
Love
First Kiss

The Movies Lied To Me
Fiona Tapp

Getting In Touch With My Body Through Mermaid Lessons
Fiona Tapp