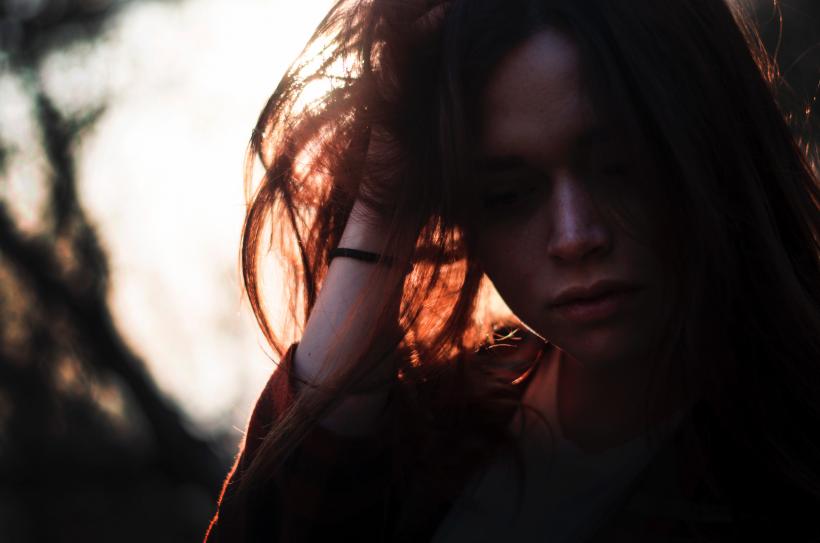 Photo by Riccardo Mion on Unsplash

I was 15 years old when I had my first panic attack.

I remember it like it was yesterday. I was reading a comic book called “Books of Magic.” My memory is foggy on this part, but I recall that in this particular comic, the characters from Neil Gaiman’s Sandman series (Death and Dream) cease to exist. This concept of theoretically eternal characters dying made my 15-year-old mind start to spin. The room was moving. I was dizzy. I sat up from the blue This End Up couch and found my mom in our West 87th St. apartment.

“Okay,” my mom said, grabbing her coat and not missing a beat.

I took her hand and we got in the elevator and headed outside to the front of our building. I could feel my heart racing uncontrollably.

I looked up at my mother, wanting her to save me. I wanted her to stop the sky from spinning. I needed my heart to stop racing. But everything kept going including my mind. It wouldn’t stop. I couldn’t stop it.

My mom just held my hand and told me to breathe in through my nose and out through my mouth. After five minutes, my heart began to steady and slow down. But I was left with this unsettling feeling that one day, I was going to die.

Not only was I going to die someday, but I was very small in comparison to the rest of the world, which was rather large.

I couldn’t get over how small I felt.

I was an ant and the universe was expansive and I was drowning in the hugeness of it all.

I went to bed that night hoping that it would all go away by the morning. But when I awoke the next day, my heart was still racing.

I had plans to attend a comic convention with my best friend. I called her a few days later and told her I couldn’t go. We’d bought tickets and everything.

“I don’t understand,” she said. “You were really excited to go. What happened?”

I attempted to explain to her about the “Books of Magic” comic I’d read and how it made me feel. She tried to empathize, but she was disappointed that I wasn’t going to the convention since we’d been so excited about it.

From the day that I had my first panic attack at age 15, my life was never the same. I woke up every morning with my heart racing. Yet I still had to go to school.

I attended F.H. LaGuardia High School of Music and Art & Performing Arts. I was a drama major there. Ironically, I was acting every single day I went to school. My role was pretending to be “normal.” I had to pretend that my heart was beating at a regular pace. I needed to make my classmates and teachers believe that I was just another teenager with ordinary teenage problems, even though this couldn’t be farther from the truth.

Inside I knew that I was different.

I couldn’t understand it. I was terrified of my smallness in the world. The universe was massive and I tiny in comparison. I couldn’t process this concept.

Another thing that I continually harped upon was my fear of becoming an adult. I was used to being under the care of my parents. Once I began having panic attacks I was terrified of going out “into the world” and not having my parents to protect me.

What if I had a panic attack and no one was there to help me? I couldn’t conceive of this.

One day, in my history class, I caught a boy staring at me. I felt strange. Clearly, he liked me, but I didn’t understand why. I was a freak. He didn’t know who I “really was” inside. If he found out, surely he would change his mind.

Every day I would go to class and he would continue to stare. I fully believed that no one would even like me because I was different. Thankfully, I was wrong…

If you like this article, please share it! Your clicks keep us alive!
Tags
anxiety
panic attack
anxiety disorder
mental health