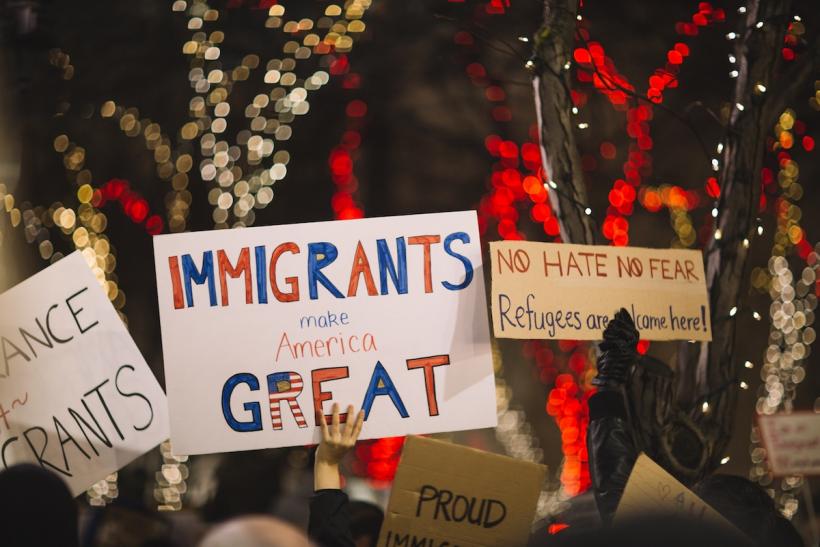 As Independence Day rolls around, you may find yourself experiencing mixed feelings. For many of us, it just doesn’t feel like a time of celebration, even if it may have in the past. We live in a much different world than the one that existed in 2015, even different than last year’s 2016. Gone is the hope of voting down a Trump world and now we are living in its existence. With hate crimes and other violent crimes on the rise, the world can be a scary place.

Resistance is more important than ever.

Regardless of what the word around us may want you to believe, protest and resistance are two of the most patriotic things that a person can do. To desire better for yourself, your loved ones, your neighbors, and your country is a good thing. To fight for it through demonstrations, education and community action is what positive change is built on.

This Independence Day, we look beyond the cliche pictures of patriotism and into the streets where these magnificent folks of all sizes are resisting. We invite you to celebrate with us by sharing your protest shirts, protest signs, and photos of you thriving with your loved ones by tagging Ravishly (@ravishlydotcom) and using #RavsResistance.

Check out these amazing folks for a reminder of exactly what we are fighting for: 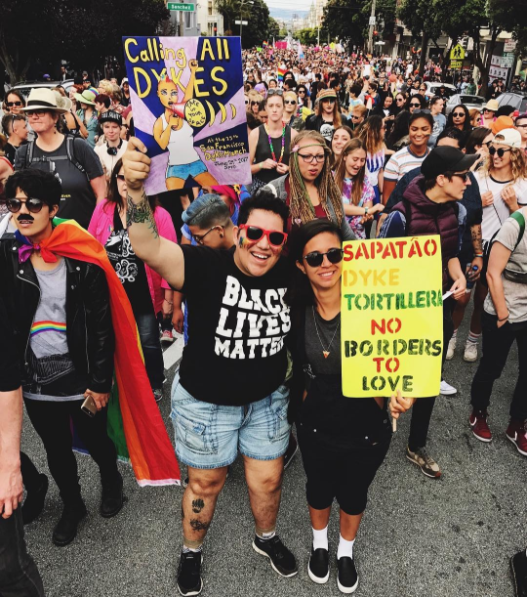 Ileana and friends pose in the Castro Distrct at the 2017 SF Dyke March. 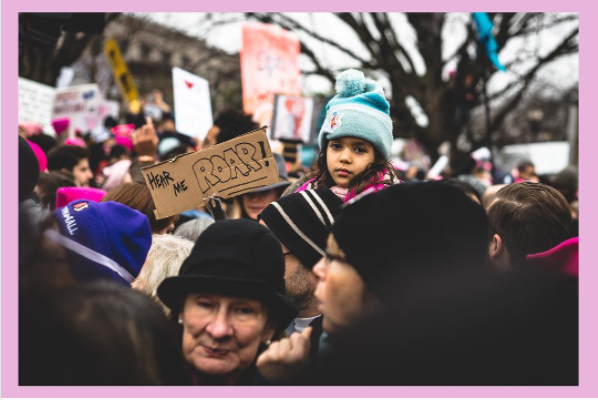 We must fight because our little ones cannot fight for their rights — they are watching everything that we do and learning how. 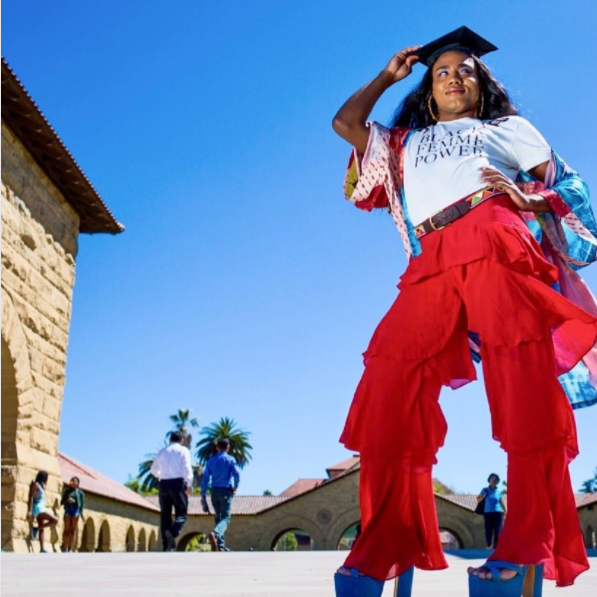 For kids raised by single mothers and called bastards growing up

For kids raised in the hood

For people who dare to fight back .

For people who struggle with depression and suicidal ideation

For self-determined Black femmes who have been called crazy, too much, not enuf

For people who have been silenced, ignored, and invisiblized

Don't let anyone steal your light or stop your dreams!”

4. Models Erika Enofre and Natalie Hage remind us that all bodies are good bodies deserving of respect. (@nataliemeansnice) 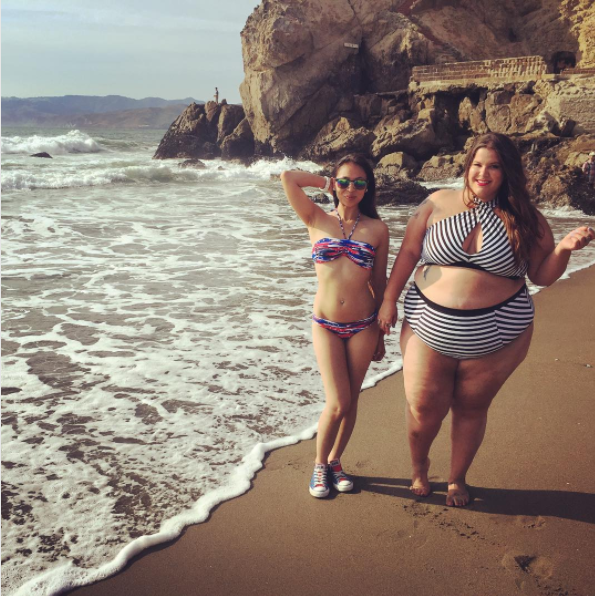 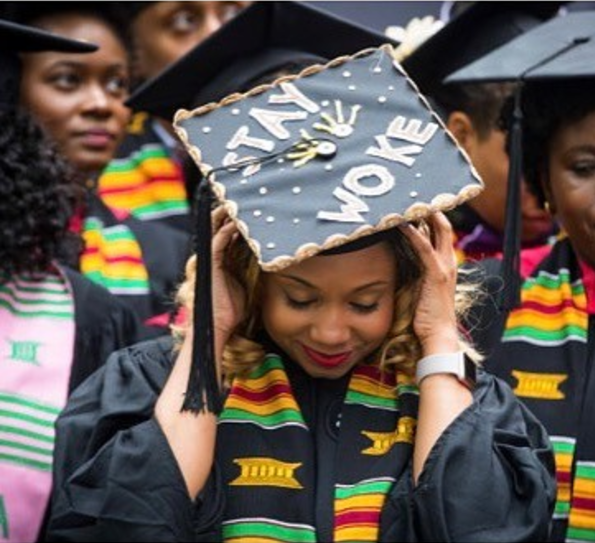 A young graduate reminds the crowd to “Stay Woke” as she celebrates her academic excellence at Harvard University’s Black Commencement 2017. 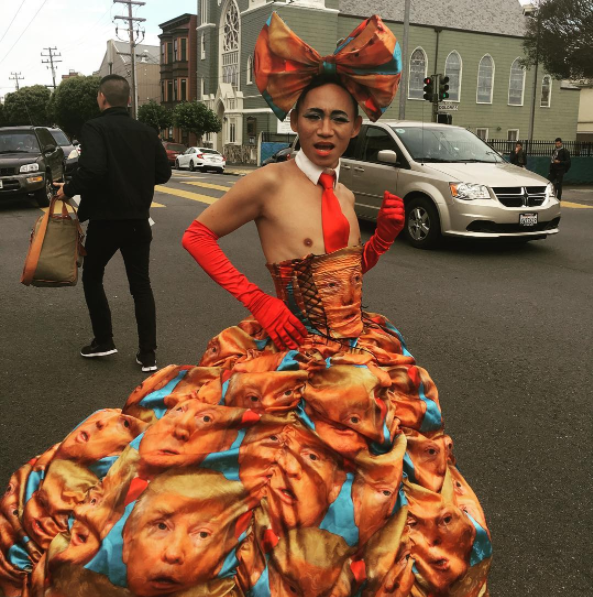 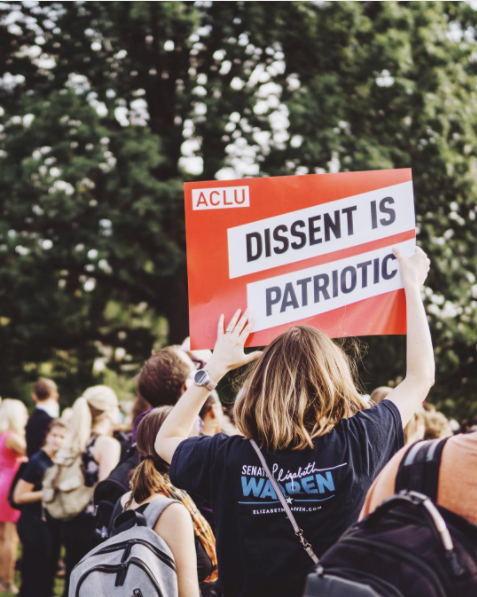 D.C.-based photographer Anu captures a moment at a rally with an ACLU sign reminding Americans and folks across the world that “Dissent Is Patriotic!” 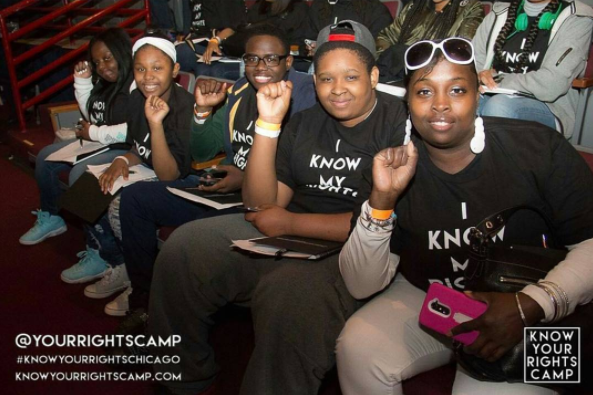 NFL player Colin Kaepernick helps teach and protect the rights of Black folks across America by launching the Know Your Rights Camp. 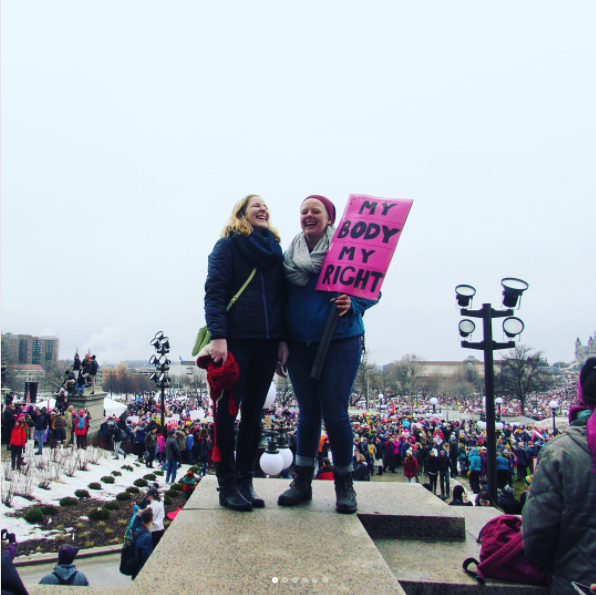 Americans fought to protect their reproductive and other healthcare rights as the American Health Care Act has been gutted and transformed this year. 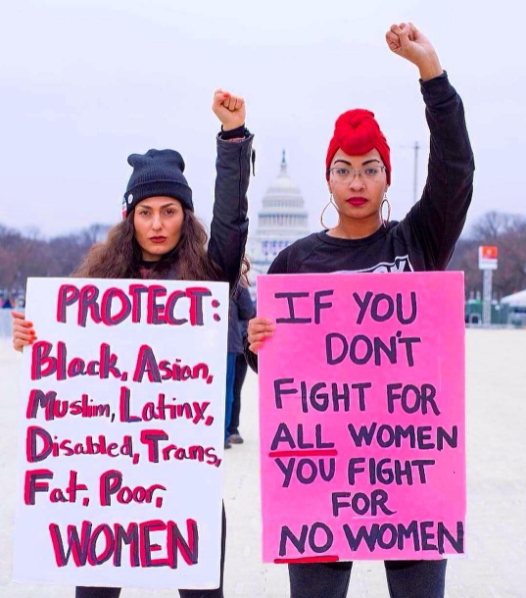 We must continue the fight to protect Black, Asian, Muslim, disabled, trans, fat, and poor people. 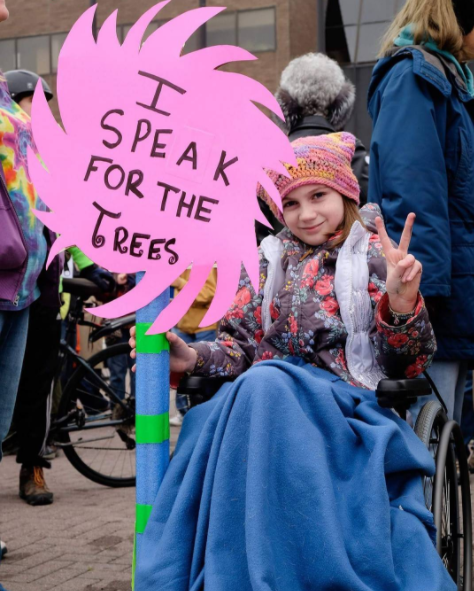 This young girl participated in the March For Science from a wheelchair. “We marched for science for a BUNCH of reasons,” her mother April explains. “One super important reason is that we depend on science and scientists for research, treatments and hopefully someday a cure for juvenile arthritis.” 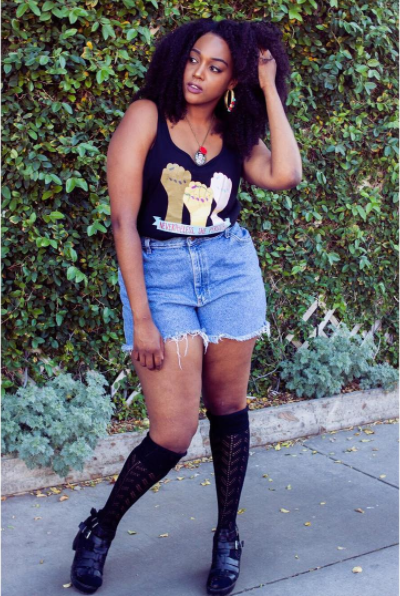 This great tank top is styled perfectly while celebrating Elizabeth Warren’s fight and the words of the opposition that continue to fuel us. 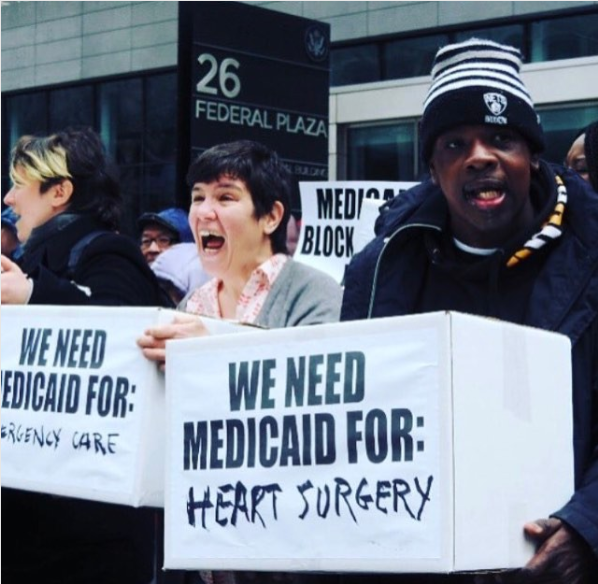 This year, many lives were threatened with the gutting of the AHCA. Here, protestors demonstate together. Life itself seems to be a pre-existing condition for some. 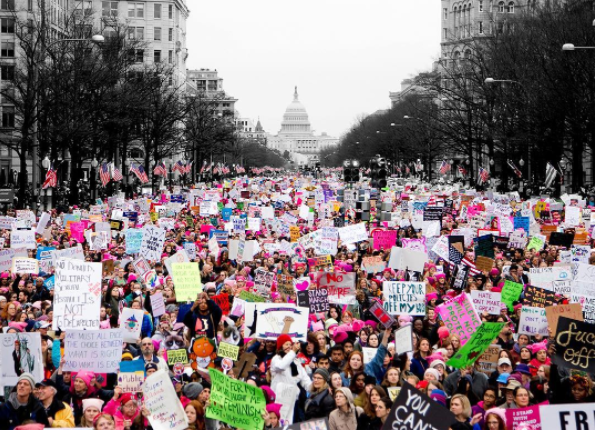 The Women’s March was the largest recorded protest in U.S. history with 1 in 100 Americans protesting in Washington, D.C. and sister marches across the country. The other largest protests in history were the Vietnam Moratorium Days in 1969 and 1970, as well as the first Earth Day in 1970, the approximated 1 million protestors at the U.S. demonstration against the Iraq War in 2003 (with approximately 10 million protestors worldwide), and the Million Man March in 1995.